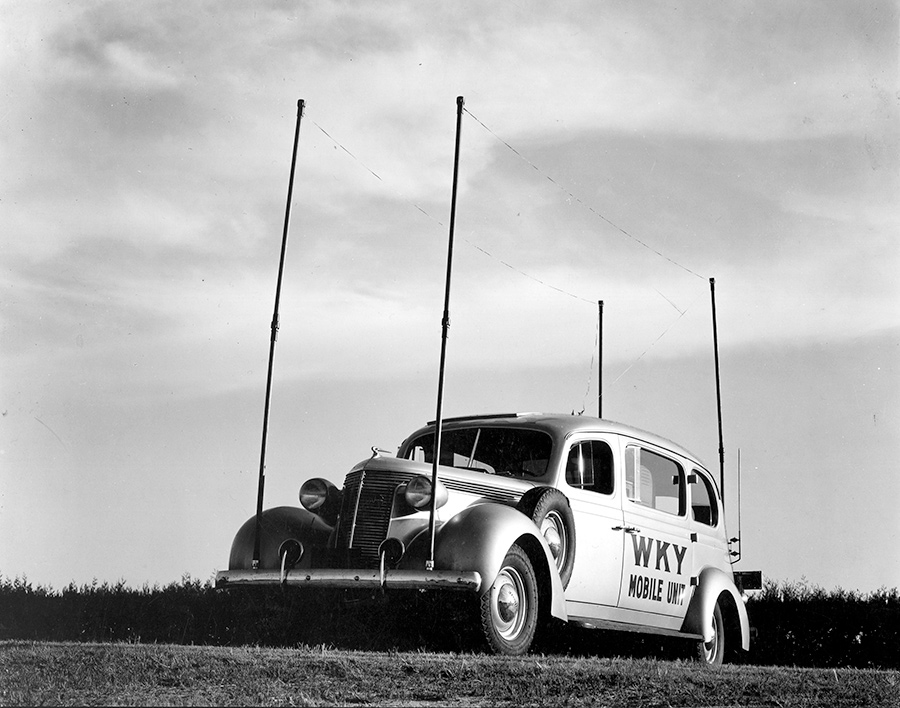 As a pioneer in radio and television, WKY paved the way for Oklahoma broadcasting. Its first AM (amplitude modulation) signals emanated from the garage behind Earl C. Hull's house at 1911 West Ash in Oklahoma City in spring 1921. Hull and H. S. Richards broadcasted from that location, using a voice transmitter. The facility was first designated as experimental station 5XT by the U.S. Department of Commerce, which soon began issuing the now-familiar call letters. On March 16, 1922, 5XT became WKY. In those early days of broadcasting, to provide live entertainment the station, that is, the transmitter and other equipment, were transported to the site where the singers or the musicians performed. However, phonograph records generally provided the main source of programming.

In the mid-1920s WKY moved to its first formal business location, a studio in the Huckins Hotel in downtown Oklahoma City. At that time C. M. Carter, H. W. Duncan, and others owned the operation. In 1928, at the urging of his editor, Walter M. Harrison, Edward K. Gaylord, owner of the Daily Oklahoman newspaper, purchased WKY for five thousand dollars. With modernized equipment the station reopened in the Plaza Court building at Northwest Tenth and Classen Boulevard; its broadcast tower and transmitter stood near Northwest Thirty-Ninth Street. The viability of the new medium was evident, as the station made a profit during the early years of the Great Depression. As a result, Gaylord added more up-to-date technology again in 1936, making the broadcasting facility one of the nation's most sophisticated. WKY moved to the Skirvin Tower in downtown Oklahoma City that year, a new Kilgen pipe organ was installed, and three different studios operated at that location.

A new technology called television came on the scene in the late 1930s. In November 1939 RCA (Radio Corporation of America) conducted a WKY–sponsored demonstration of the new medium in the new Oklahoma City Municipal Auditorium. Gaylord promised to make television available to Oklahoma City as soon as possible. World War II slowed progress, but true to Gaylord's word, WKY-TV went on the air in June 1949. It was the state's first television station. At the same time, WKY radio was experimenting with the newly developed FM (frequency modulation) band, and the station operators established a short-lived WKY-FM station.

The following (as per The Chicago Manual of Style, 17th edition) is the preferred citation for articles:
Bill Moore, “WKY,” The Encyclopedia of Oklahoma History and Culture, https://www.okhistory.org/publications/enc/entry.php?entry=WK001.