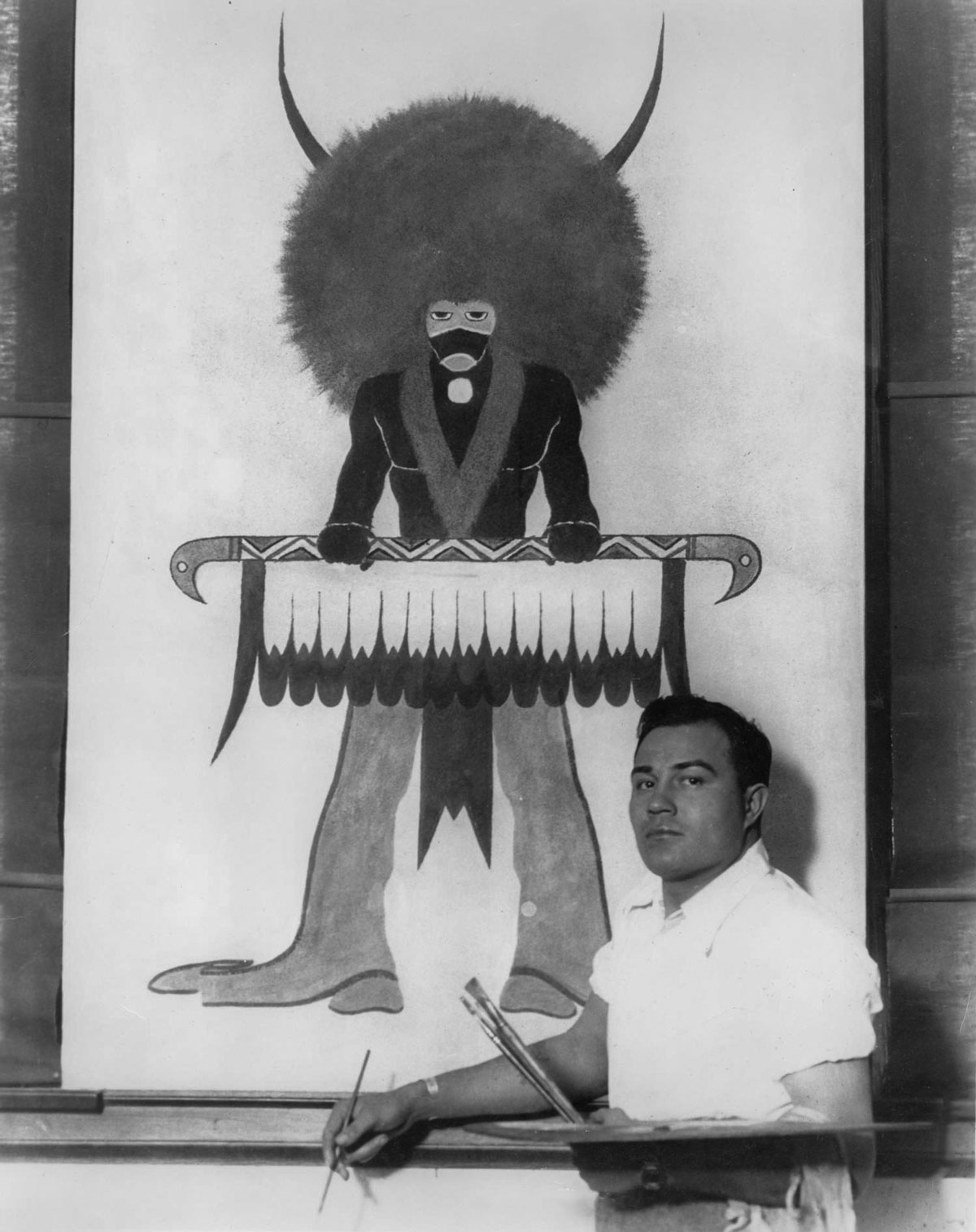 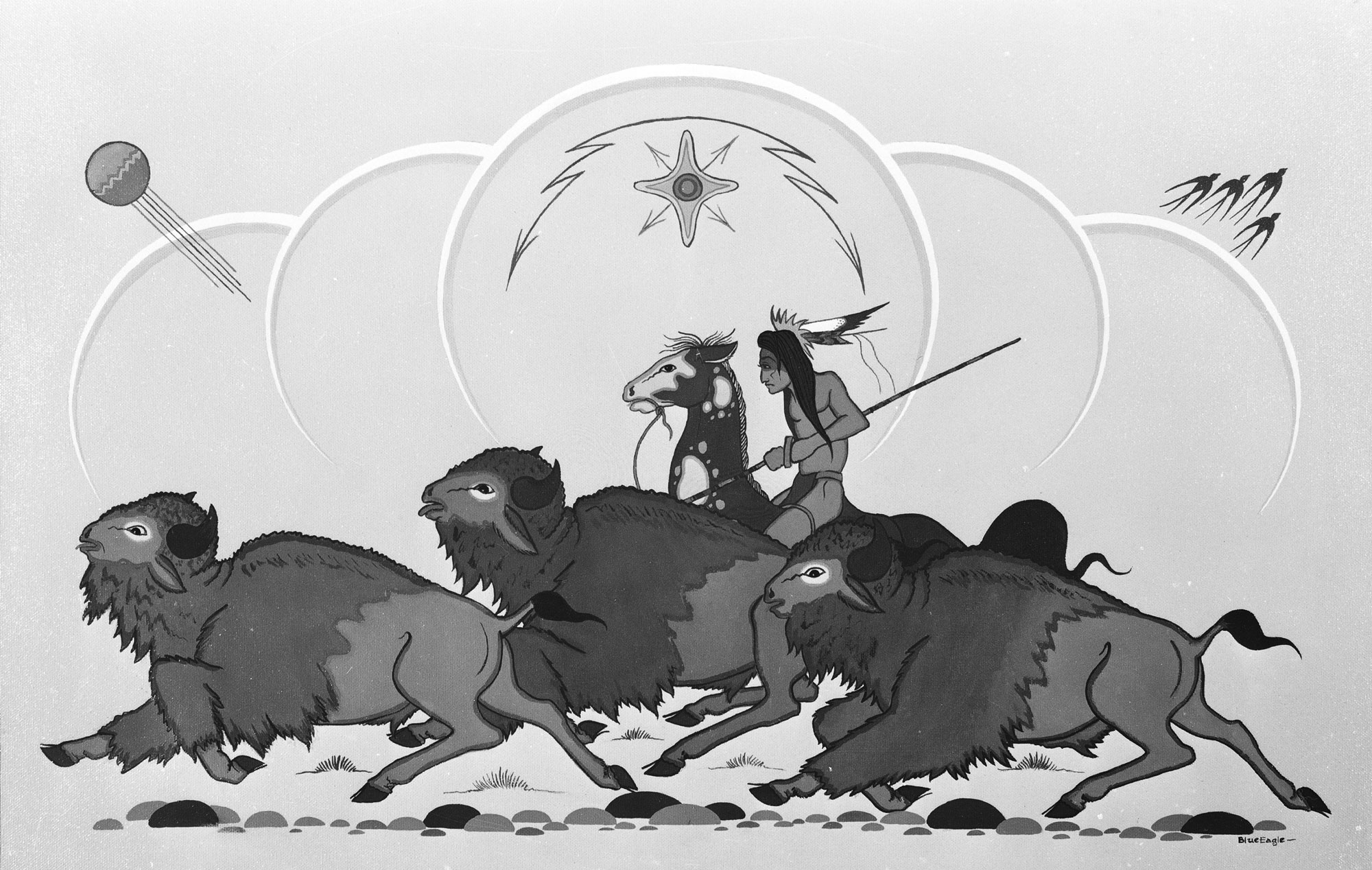 Creek-Pawnee artist and teacher Acee Blue Eagle was born Alex McIntosh near Anadarko on August 17, 1909. He was known by several names during his childhood. A nickname, "Ah-Say" became "Acee" when he entered school. Professionally, he called himself Blue Eagle, a traditional family surname.

Blue Eagle attended Haskell Indian Industrial Training Institute in Lawrence, Kansas, and the government boarding school at Chilocco, Oklahoma, earning a high school diploma in 1928. After graduating from Chilocco, he entered Bacone Indian College at Muskogee and later enrolled in classes at the University of Oklahoma. Although he had shown an interest in drawing at an early age, it was at the University of Oklahoma that he developed as a serious artist under the guidance of Dr. Oscar B. Jacobson, who influenced the careers of a number of American Indian painters.

Blue Eagle received a bachelor of fine arts degree in 1932. Traveling abroad in 1935, he lectured on Indian art at Oxford University in England and afterward toured Europe. Returning home, he accepted a teaching appointment at Bacone College. There he helped to establish the art department and served as its head through 1938. This same year he received national recognition when his work was shown at the Grand Central Art Galleries in New York City.

Following three years of military service during World War II, Blue Eagle joined the art staff of Oklahoma State University Technological School in Okmulgee. He was in residence there until his death on June 18, 1959. He was buried in the U.S. National Cemetery at Fort Gibson. A recipient of numerous awards, Blue Eagle exhibited widely and fulfilled many public commissions, painting murals for several Oklahoma colleges, libraries, and federal buildings. He was named "Outstanding Indian in the United States" in ceremonies at Anardarko in 1958. The Oklahoma Legislature awarded him posthumous honors for services to the state in 1959. A building on the campus of what is now Haskell Indian Nations University is named for him.

Important collections of Blue Eagle's work are found today at the Gilcrease and Philbrook museums in Tulsa, the Creek Indian Museum in Okmulgee, Bacone College in Muskogee, the University of Oklahoma in Norman, the Oklahoma Historical Society in Oklahoma City, the Museum of New Mexico and the Institute of American Indian Art in Santa Fe, and the Bureau of Indian Affairs in Washington, D.C.

The following (as per The Chicago Manual of Style, 17th edition) is the preferred citation for articles:
David C. Hunt, “Blue Eagle, Acee,” The Encyclopedia of Oklahoma History and Culture, https://www.okhistory.org/publications/enc/entry.php?entry=BL013.