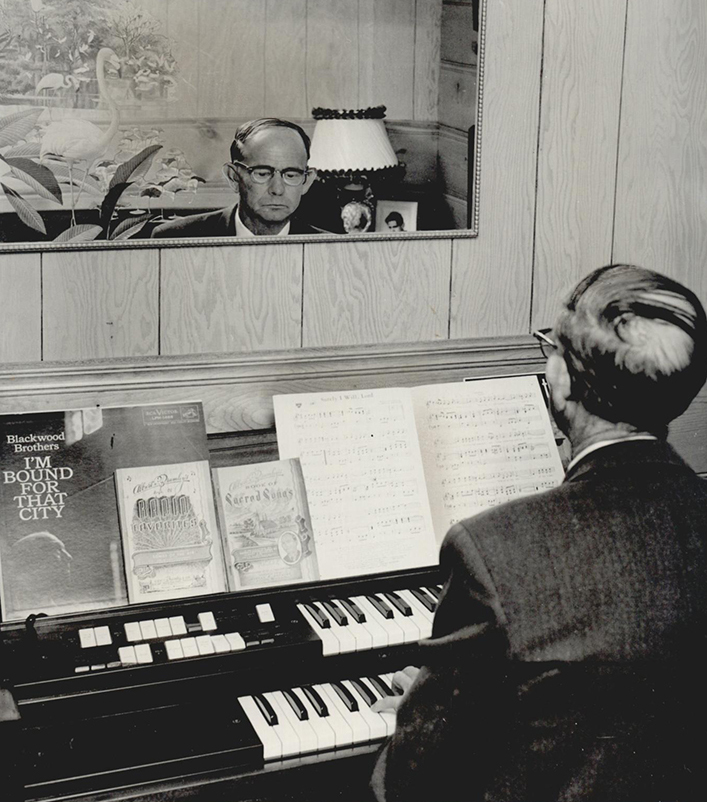 The gospel song "I'll Fly Away" is one of America's most widely sung and recorded songs. It is also popular worldwide. Its author, native Oklahoman Albert Brumley, wrote more than six hundred songs and has been called "the Dean of Gospel Songwriters." He was born to sharecroppers William and Sarah Williams Brumley on October 29, 1905, near Spiro, Choctaw Nation. His family entered Oklahoma Territory in the 1889 Land Run but eventually settled in southeastern Oklahoma. They raised their son in a musical and religious environment.

When Brumley was approximately seventeen, he attended a singing school. Usually lasting three weeks, these schools were led by itinerant teachers who taught shape-note singing, also known as fa-sol-la singing. Each of the seven notes has a distinctive geometric shape, and those who are proficient will see the tune instead of reading the notes. Religious/gospel songs primarily used the shape-note style. While attending the school, Brumley became interested in composing.

In 1926 he attended the Hartford Musical Institute, a shape-note and gospel-song composing school, in Hartford, Arkansas. There he met many well-known popular gospel singers and composers and made lifelong friendships. He then became an itinerant singing-school teacher as well as a composer. In 1931 he married Goldie Schell and settled in Powell, Missouri, where he eventually owned his own publishing company.

Brumley claimed that while picking cotton, he was humming the "Prisoner's Song" and decided it would make a great gospel tune. It took him three years to finish and was published in 1932 as "I'll Fly Away." Brumley had to sue the Recording Corporation of America (RCA) three times for royalties, as so many people sang the song that the company thought it was in the public domain. He also wrote "Turn Your Radio On," which became popular among country singers. Other songs are "Jesus, Hold My Hand," "I'll Meet You in the Morning," "If We Never Meet Again," and hundreds more.

Brumley had five sons and a daughter. His sons followed him into the music business, and one continued to operate the publishing firm after Albert Brumley died on October 15, 1977. In a study of gospel music the Smithsonian Institution wrote that he was the "greatest white gospel songwriter before World War II." He has been inducted into many halls of fame, including the Oklahoma Music Hall of Fame in 1998.

The following (as per The Chicago Manual of Style, 17th edition) is the preferred citation for articles:
Guy Logsdon, “Brumley, Albert Edward,” The Encyclopedia of Oklahoma History and Culture, https://www.okhistory.org/publications/enc/entry.php?entry=BR027.