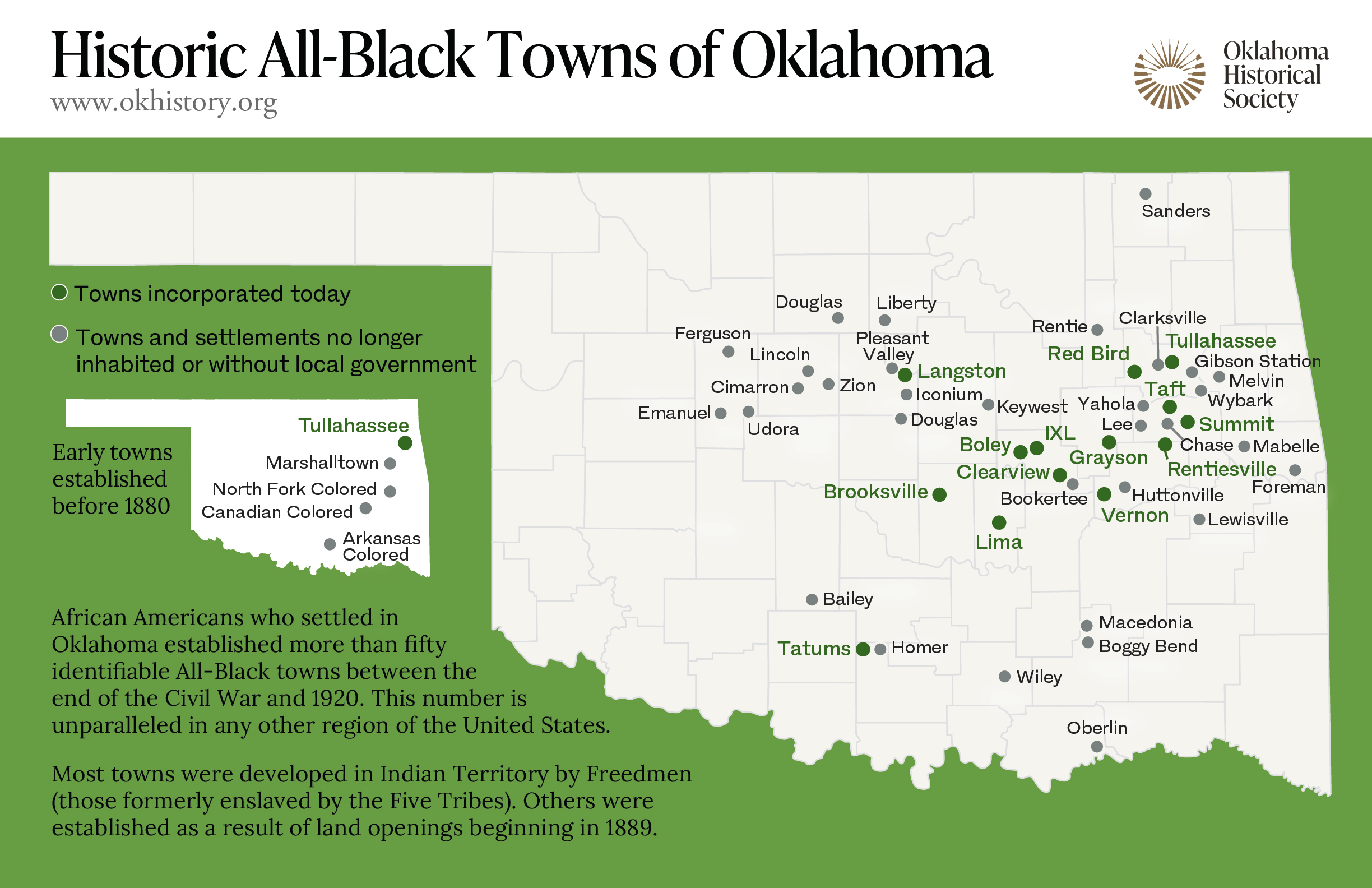 All-Black towns grew in Indian Territory after the Civil War when the former slaves of the Five Tribes settled together for mutual protection and economic security. When the United States government forced American Indians to accept individual land allotments, most Indian "freedmen" chose land next to other African Americans. They created cohesive, prosperous farming communities that could support businesses, schools, and churches, eventually forming towns. Entrepreneurs in these communities started every imaginable kind of business, including newspapers, and advertised throughout the South for settlers. Many African Americans migrated to Oklahoma, considering it a kind of "promised land."

The following (as per The Chicago Manual of Style, 17th edition) is the preferred citation for articles:
Larry O'Dell, “All-Black Towns,” The Encyclopedia of Oklahoma History and Culture, https://www.okhistory.org/publications/enc/entry.php?entry=AL009.