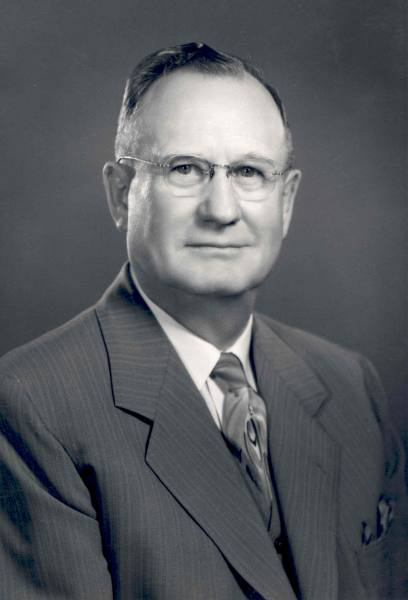 The C. R. Anthony Company, a family-owned and -operated retail business and an Oklahoma mainstay, became one of the nation's largest department store chains offering merchandise for urban and rural customers. Charles Ross Anthony (ca. 1885–1976), an orphan of Tennessee farmers, was indoctrinated in the retail business by working for J. C. Penney Company, and he went into partnership with J. P. Martin Company in Cleveland, Oklahoma, in 1918. Martin made Anthony a vice president and sold him a one-third interest. In 1922 Anthony liquidated his Martin Company shares in order to open his own firm on September 1 in Cushing. Named the Dixie Store, due to contractual agreements with Martin that prohibited Anthony from using his own name on the establishment, the business had an inventory of ten thousand dollars in family clothing in a twenty-five-front-foot building.

By 1923 six outlets constituted the Anthony chain: four Dixie Stores, at Cushing, Pawhuska, Hominy, and Barnsdall; and two C. R. Anthony Stores, at Anadarko and Chickasha. The first out-of-state stores opened in Kansas and Texas, respectively, in 1924 and 1925. The chain grew by operating on a pattern of using profits from one outlet to finance another. Each manager trained the next and held a one-third partnership in his store. The thirty-three that opened between 1922 and 1926 had sales of $2.5 million in 1926. That year, the C. R. Anthony Company incorporated, and in 1934 it converted to a common stock operation offering shares only to individuals associated with the operation. Deeming those who owned the business to care the most about its welfare, the company avoided outside capital until its late history. The firm saw growth during the Great Depression, testifying to its ability to meet the needs of rural clientele and earning it the slogan as the "friendliest store in town." As Oklahoma City urbanized, the company opened a store there in 1939.

After World War II the corporation operated sixty-eight stores. On December 24, 1946, the firm marked a milestone when the McAllen, Texas, outlet became the first to pass the million-dollar sales mark within a fiscal year. To motivate employees' sales the Trading Post magazine began in 1939, and the $1,000 Club, for those who sold $1,000 worth of merchandise in a single day, was organized in 1948. Specials, promotional events, lay-away programs, free alterations, and advertising built Anthony's. For example, the radio program "Anthony Avenue" began airing in Oklahoma City in 1947, and later television commercials used the catchy theme song.

Over the next decade the company expanded outside Oklahoma. On November 3, 1950, Anthony's opened its first store on the West Coast, in Van Nuys, California. In 1955 the firm made its largest acquisition when it purchased W. G. Woodward Company of St. Louis, bringing the tally to 240 stores. By the 1960s stores sold diverse merchandise from cowboy boot overshoes to petite-size dresses to long flannels for protection in northern climates. In 1972 the company commemorated its fiftieth anniversary, with 325 stores in twenty-one states west of the Mississippi River.

Gov. David Hall proclaimed September 15, 1973, as C. R. Anthony Day to observe the founding and growth of the retail chain. Although Anthony retired in 1972, the family remained at the company's helm. Son Guy Anthony served as president until 1980, and Ray Anthony, the eldest son, served as chair of the board and treasurer for twelve years. In 1986 grandson Robert "Bob" Anthony became the company's third president. However, the company faced a buyout in 1987. Bankruptcy reorganization in 1991 and other efforts to save the company failed. In June 1997 the Houston-based Stage Stores bought the Anthony stores for $92 million, thus ending the C. R. Anthony Company's seventy-five-year corporate presence.

The following (as per The Chicago Manual of Style, 17th edition) is the preferred citation for articles:
Tally D. Fugate, “Anthony Stores,” The Encyclopedia of Oklahoma History and Culture, https://www.okhistory.org/publications/enc/entry.php?entry=AN010.