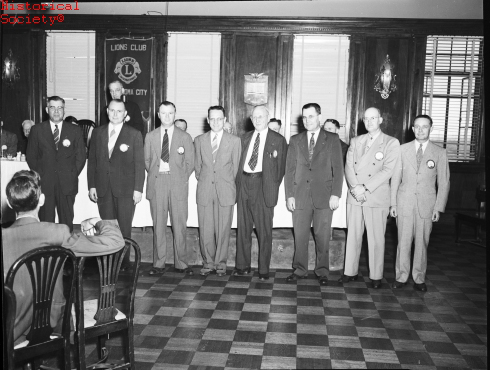 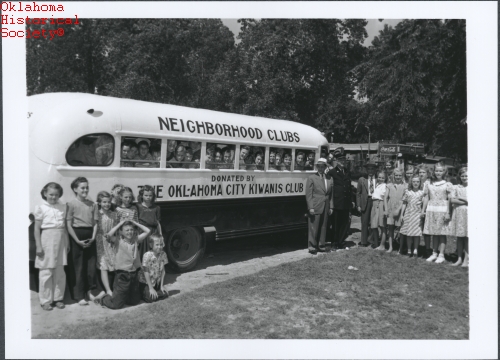 Civic or service clubs emerged in the early twentieth century as middle-class men joined informal social organizations that involved dining with friends and working on community projects. Some of the membership came from the previously popular ritualistic fraternal orders that lost their prominence in the late 1890s. During the Progressive Era men and women worked to improve society. As a result, civic clubs such as Rotary, Kiwanis, and Lions provided men a community service outlet similar to the work that women had started a decade earlier through benevolent societies, settlement work, and the General Federation of Women's Clubs. Although there are other civic clubs, such as Sertoma, Civitan, and Optimists, the "big three" are Rotary, Kiwanis, and Lions, which have 90 percent of civic club membership.

In 1905 Paul Harris, a lawyer, and three young, ambitious friends organized the first service club, Rotary, in the frontier town of Chicago. The club's popularity soon spread among middle-class businessmen throughout the United States, and by 1921 international clubs had formed. The name Rotary emanated from the fact that the meeting place rotated among different hotels and restaurants. The club originally required that no two members have the same occupation, so that the members could profit by doing business with each other. This eventually changed in order to promote growth within the club, and their motto became "Service Above Self."

The Oklahoma City Downtown Rotary Club, consisting of nineteen businessmen, was chartered on November 7, 1911. It was the twenty-ninth club to be chartered after the Chicago Rotary Club, thus providing its name, Rotary 29. A sampling of other Oklahoma towns that soon organized Rotary Clubs includes Muskogee (1912), Tulsa (1915), Drumright (1917), Lawton (1918), and Chickasha (1921). At the turn of the twenty-first century Oklahoma had approximately 115 Rotary Clubs with almost six thousand members.

The Kiwanis, founded in 1915 in Detroit, Michigan, focused its efforts on underprivileged children's needs and public affairs. The founders chose the club name from an American Indian word "Keewanis" which they believed to mean "We trade." Later they learned that it meant "We have a good time—we make a noise."

The Kiwanis Club of Oklahoma City was chartered on April 9, 1918, after A. C. Stimers, a field representative, came to Oklahoma City and held a meeting in the Lee Huckins Hotel on February 21, 1918. In the 1920s the Kiwanis had a Safety First program that evolved into the Kiwanis Junior Police, which helped young school children safely cross streets. Two Oklahomans have served as international presidents: H. G. Hatfield (1938–39) and Edward C. Keefe (1955–66). The Kiwanis Ladies formed a separate club in 1951 but were admitted to the men's organization in 1987 after the U.S. Supreme Court ruled that women had to be allowed membership in previously all-male clubs.

Melvin Jones, a Chicago businessman, officially organized the Lions International in 1917. Jones said, "You can't get anywhere in life until you start doing things for other people." Before 1917 some Lions Clubs had formed in Texas and Oklahoma under the direction of George Cunningham of Houston. He later came to Oklahoma. Lions Clubs are known for their community welfare projects and aid to the blind and visually impaired. Their interest in assisting this cause began after Helen Keller spoke to the Lions in 1925 about supporting the American Foundation for the Blind.

Into the twenty-first century Oklahoma's civic clubs continued to support community improvement projects and organizations such as the Red Cross, the Salvation Army, and Boy and Girl Scouts of America.

David Shelley Nicholl, The Golden Wheel: The Story of Rotary 1905 to the Present (Estover, England: MacDonald and Evans, 1984).

The following (as per The Chicago Manual of Style, 17th edition) is the preferred citation for articles:
Linda D. Wilson, “Civic Clubs,” The Encyclopedia of Oklahoma History and Culture, https://www.okhistory.org/publications/enc/entry.php?entry=CI009.