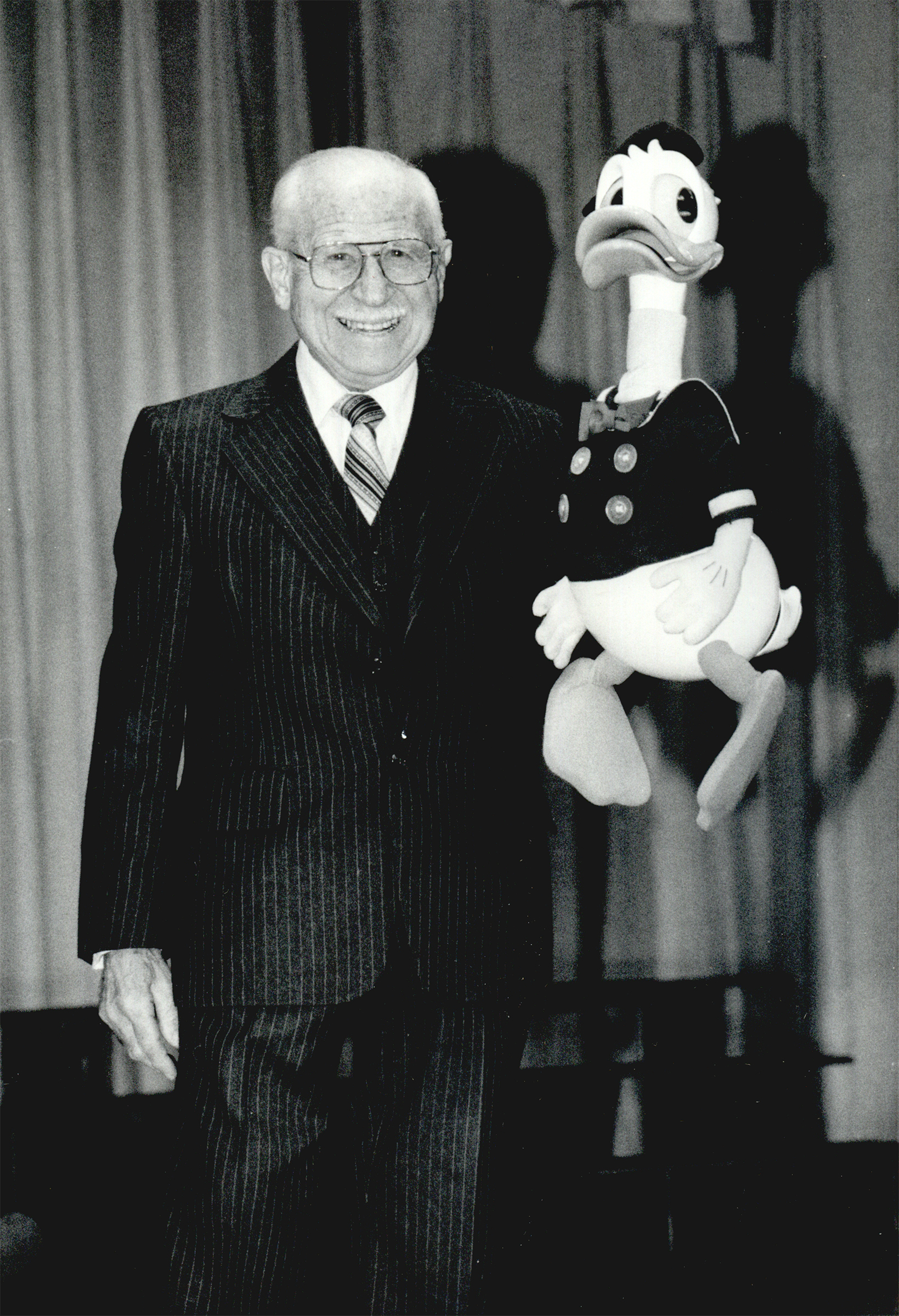 Internationally known as the voice of Walt Disney's cartoon character Donald Duck, Clarence Charles Nash was born in Watonga, Oklahoma, on December 7, 1904, to Everett and Katherine Nash. The six Nash children grew up in Watonga, in Missouri, and in Southern California. As a child, Clarence Nash delighted in imitating the sounds made by birds, insects, and barnyard animals.

Nash retired from Disney in 1971 and devoted himself to charity work, often performing in his duck voice for children in hospitals. In 1981 and 1983 the studio called him back to work to voice a bear in The Fox and the Hound and for one last stint as Donald Duck for Mickey's Christmas Carol. A Glendale resident, Nash died of leukemia on February 20, 1985, in Los Angeles.

The following (as per The Chicago Manual of Style, 17th edition) is the preferred citation for articles:
Dianna Everett, “Nash, Clarence Charles,” The Encyclopedia of Oklahoma History and Culture, https://www.okhistory.org/publications/enc/entry.php?entry=NA018.