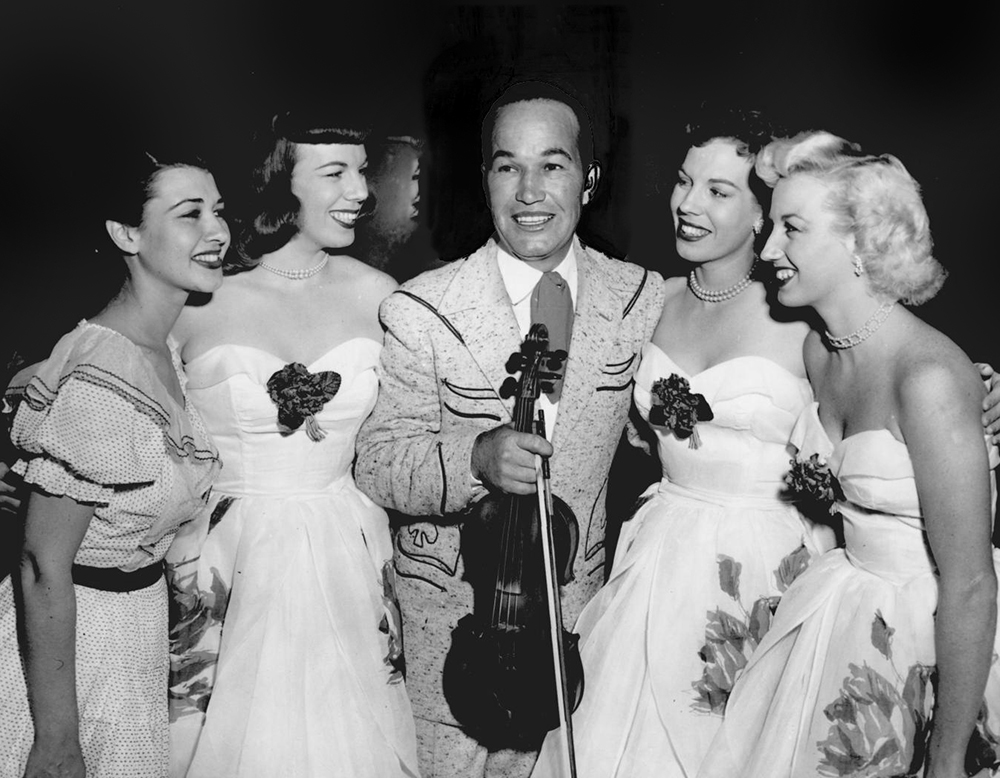 Sometimes called "the King of Western Swing," "Spade" Cooley was born Donnell Clyde Cooley on December 17, 1910, in Grand, Oklahoma. Part Cherokee and third-generation fiddler, he began playing parties at age eight. As a child he was sent to the Chemawa Indian School in Oregon. Around 1930 his family fled the Dust Bowl for California. Escaping a future as a sharecropper, Cooley moved to Los Angeles seeking fame. He received his nickname, "Spade" while playing a poker game in which he won three straight flush hands all in spades.

He found his first professional job with the Sons of the Pioneers. That led to a job working as a stand-in for Roy Rogers. On the heels of World War II Cooley became bandleader at the Pier Ballroom in Venice, California, later moving to the more prestigious Riverside Rancho Ballroom in Santa Monica. In Cooley's packed dance halls Western swing (pioneered by Bob Wills and Milton Brown) acquired its formal name. In the 1950s Cooley translated his success in the dance halls and on the radio to a highly popular television show, The Spade Cooley Show (1958).

In 1961 a California court convicted and sentenced Cooley to life in prison for killing his wife during an escalating argument. The fight was probably generated by Cooley's drinking problem. He was scheduled to be released for good behavior on November 24, 1969. However, on the night before his parole, at a benefit concert in Oakland that he had been given special permission to perform, he died backstage of a heart attack.

The following (as per The Chicago Manual of Style, 17th edition) is the preferred citation for articles:
Hayden Roberts, “Cooley, Donnell Clyde,” The Encyclopedia of Oklahoma History and Culture, https://www.okhistory.org/publications/enc/entry.php?entry=CO049.