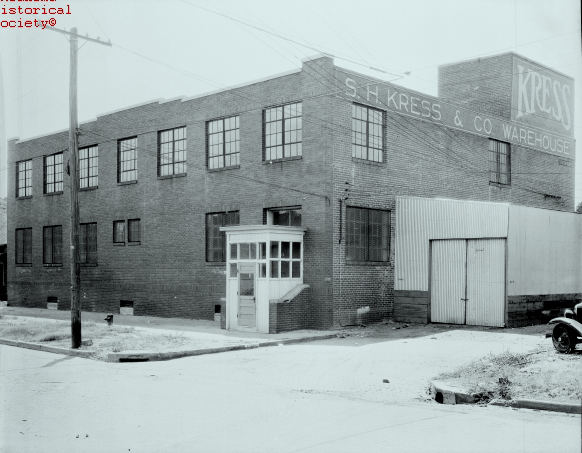 Family owned and operated since its inception, the Muskogee-based Griffin Food Company, a manufacturer and wholesaler of syrups, baking products, jelly, preserves, mustard, peanut butter, and other comestibles, was founded by brothers John T. and Charles M. Griffin in 1908. Following John Griffin's graduation from business college in 1902, the siblings left their hometown of Houston, Mississippi, and moved west to become grocers.

The Griffins' first store was unsuccessful. It opened and closed in 1902 at Durant in the Choctaw Nation, Indian Territory (present Oklahoma). For the next six years they worked for a Durant wholesale grocery company. When that company expanded, John Griffin was transferred to McAlester in 1904. There he and Charles organized the Griffin Grocery Company in 1908. They sold only fruits and vegetables before adding a complete line of grocery items. The Griffin Grocery Company was incorporated under Oklahoma law in 1911.

Following Charles Griffin's death in 1915, John Griffin began manufacturing products, beginning with coffee, in 1917. In 1923 he built a three-story building to house administrative operations, a warehouse, and a processing plant in Muskogee, a town centrally located to his operations at numerous facilities in Oklahoma and Arkansas. The company's top-selling product, Griffin's Waffle Syrup, debuted in 1930.

By 2000 Griffin Food Company employed approximately one hundred individuals, served a fifteen-state area, and had annual sales of several million dollars. Expansion and remodeling of the company's Muskogee offices and warehouse were completed in 2002. At that time John W. Griffin, grandson of cofounder John T. Griffin, served as president.

Odie B. Faulk and Kenny A. Franks, Quality and Spirit: The Griffin Heritage in Oklahoma (Oklahoma City: Oklahoma Heritage Association, 1991).

The following (as per The Chicago Manual of Style, 17th edition) is the preferred citation for articles:
Jon D. May, “Griffin Food Company,” The Encyclopedia of Oklahoma History and Culture, https://www.okhistory.org/publications/enc/entry.php?entry=GR030.