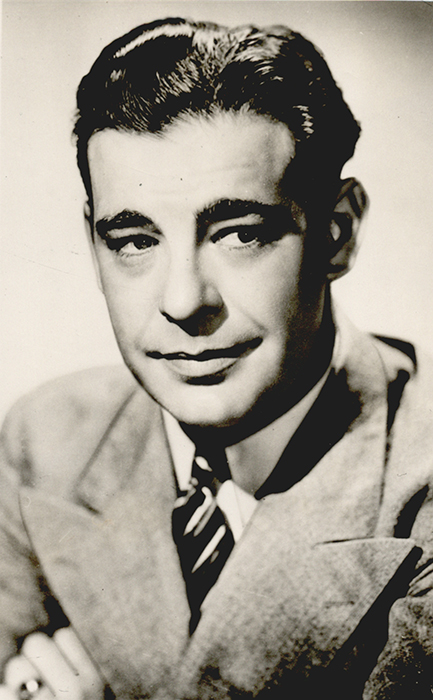 Famous as the Wolfman, Lon Chaney, Jr., excelled as a character actor for five decades. Born Creighton Tull Chaney on February 10, 1906, in Oklahoma City, Chaney entered the world three months prematurely. The tale of his birth is as astounding as some of his "B" motion pictures. Reportedly, young Creighton was not breathing when he was born, and his famous father, Lon Chaney, plunged the baby into nearby Belle Isle Lake to resuscitate the lifeless baby. Chaney, Jr.'s, grandmother, who lived in Oklahoma City, was a practical nurse and assisted the doctor. The father, in town on an acting tour, was said to have used a shoe box as a makeshift incubator.

Creighton Chaney took up acting after his father's death in 1930. In 1935 he changed his name to capitalize on his father's success. Chaney, Jr., had small parts in movies until producer Hal Roach and director Lewis Milestone cast him as Lennie in the 1939 version of Of Mice and Men. The next year Universal signed him to a contract. He acted in over 170 films and earned his reputation as a star in low-budget horror films. He also had early success as a character actor in mainstream cinema. His most notable film, The Wolfman (1941), began his horror career, in which he played all of the big four creatures, the Wolfman, Dracula, Frankenstein, and the Mummy. Chaney, Jr., can still be seen on late-night television in movies such as Abbott and Costello Meet Frankenstein (1948), The Mummy's Tomb (1942), Frankenstein Meets the Wolfman (1943), and House of Dracula (1945). As a non-horror actor his best-known role came as the marshal in High Noon (1952). Other notable movies were The Defiant Ones (1958), The Indian Fighter (1955), The Boy From Oklahoma (1954, with Will Rogers, Jr.), My Favorite Brunette (1947), and Springfield Rifle (1952). Lon Chaney, Jr., died July 12, 1973, in San Clemente, California.

The following (as per The Chicago Manual of Style, 17th edition) is the preferred citation for articles:
Larry O'Dell, “Chaney, Lon, Jr.,” The Encyclopedia of Oklahoma History and Culture, https://www.okhistory.org/publications/enc/entry.php?entry=CH004.