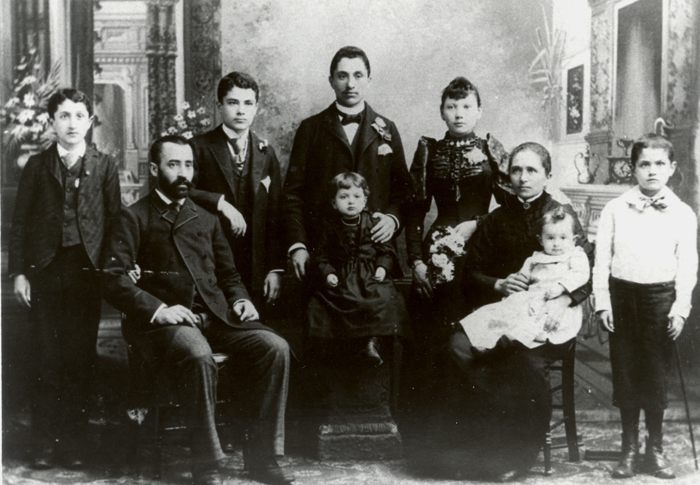 Originally named Madanic, the May family moved from Illinois to Tulsa, Oklahoma, after hearing about the Glen Pool oil discovery and the subsequent economic boom. In 1908, one year after Oklahoma statehood, the May family opened their first clothing store, known as Model Clothiers, in Tulsa. The Madanics, Russian Jews who fled Imperial Russia in 1889, changed their name to Madansky and finally shortened it to May in 1921 due to the "Red Scare" after World War I. Hyman Madanic and his eldest son, Benjamin, became tailors after arriving in the United States.

By 1910 a second department store, Madansky Clothing Company, opened in Bartlesville. Established by Benjamin May, the business was turned over to his youngest brother, Jacob. Six years later another clothing outlet opened in Oklahoma City at 225 West Main Street, near the John A. Brown Company. Hyman May's grandsons, Solomon, Samuel, and Milton, operated the Oklahoma City business. By 1955 a second Oklahoma City store opened in Penn Square Mall. Hyman May's son Paul managed a fifth store in Muskogee from 1922 until his retirement in 1955.

Of five May Brothers department stores, the Bartlesville outlet, managed by Michael May, remained open at the turn of the twenty-first century, making it one of the longest-running Oklahoma businesses in the same location. The story of Hyman Madanic's coming to America and his descendants' business successes exemplifies how one immigrant family fulfilled the American dream.

The following (as per The Chicago Manual of Style, 17th edition) is the preferred citation for articles:
Linda D. Wilson, “May Brothers Department Stores,” The Encyclopedia of Oklahoma History and Culture, https://www.okhistory.org/publications/enc/entry.php?entry=MA042.