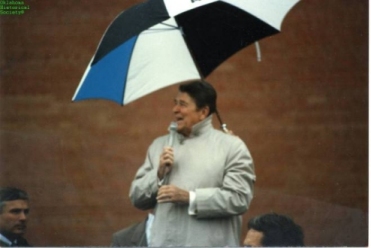 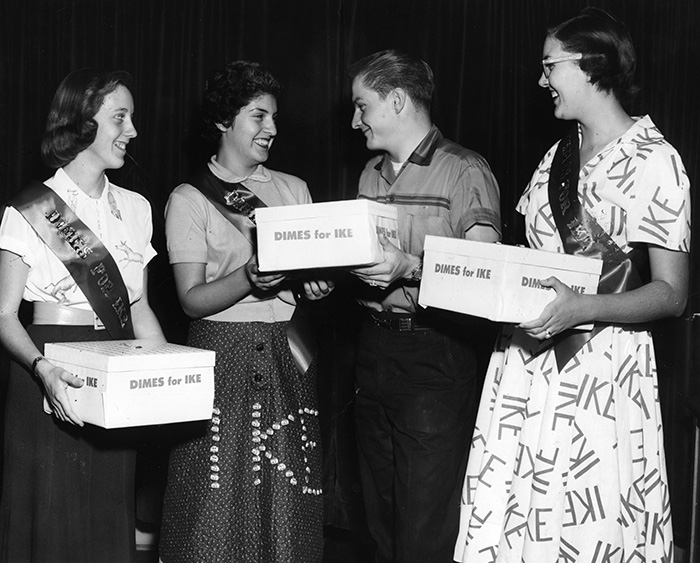 For most of the history of the state of Oklahoma, the Republican Party was relegated to minority status, with little electoral support or success in office holding. Since the 1960s the GOP (Grand Old Party) has been the party of choice for Oklahoma voters in presidential elections, and, in general, it is a more organized and centralized party when compared to the state Democrats. In the last two decades of the twentieth century the Republican Party underwent an unprecedented insurgence to become a competitive alternative to the Democratic Party and stood poised to become the dominant political force in the state at the beginning of the twenty-first century.

The geography of Oklahoma politics resembles old settlement patterns from the territorial period. Republican strength has traditionally centered in the old Oklahoma Territory, counties located in the northwestern half of the state. The party is historically weak to the southeast, in what was Indian Territory. In-migration and settlement in the old Indian Territory came mainly from Texas, Arkansas, and Mississippi and carried with it Democratic traditions. Settlement to the north and west came from out of Kansas and brought the Jayhawker tradition of GOP politics. The culture of the state, relatively stable since the beginning of the twentieth century, perpetuated these partisan habits.

The early period of state politics was more competitive than the scope of history might indicate. For example, in 1908 Republicans carried almost 40 percent of seats in the legislature. Before the New Deal realignment Republicans won the Electoral College votes of Oklahoma twice in the 1920s, behind Harding and Hoover, and likewise carried a variety of congressional and statewide offices. The 1920 election elected the first GOP U.S. senator, John W. Harreld, and GOP candidates also carried five of nine Oklahoma congressional seats, as well as the corporation commissioner and the state supreme court. Eight years later the GOP again carried the corporation commission, the state supreme court, and three of eight congressional seats. In this era GOP fortunes in the legislature were tied to the presidential vote: in the two years that the GOP presidential candidate carried the state, Republicans also won more than half of the state House contests. In other presidential years the GOP won only a quarter of state House contests, and in the midterms the GOP average fell to less than one-fifth of seats. Clearly, state Republican fortunes were tied to the performance of the party in national elections, and the 1920s paint a picture of a potentially competitive two-party system emerging in the state.

The Great Depression virtually destroyed the party in Oklahoma. In the decade of the 1930s, the presidential vote in traditionally Republican counties shifted heavily toward the Democrats. The average GOP presidential vote outside the old Indian Territory fell by almost forty points, and Republican state legislators and congressmen were nearly exterminated. It is well known that the effects of the Depression fell more heavily on the Great Plains than other parts of the nation; the magnitude of the impact was such in Oklahoma that it virtually destroyed local Republican organizations and made local and legislative politics into a predominantly Democratic Party occupation. The GOP was to be eclipsed in presidential elections until the 1950s and in other statewide contests until the 1960s.

The 1960s is often referred to as a "golden age" of Oklahoma Republicanism. Under the leadership of Henry Bellmon, Republicans undertook real efforts at organization statewide. "Operation Countdown" created county and precinct chairpersons throughout the state, and Republicans realized substantial gains in the vote statewide. Bellmon, elected governor and later U.S. senator, is largely credited for laying the foundation for a sustained period of party growth that culminated in repeated success in elections for governor and the U.S. Senate. Success down ticket was more fleeting, with Democrats continuing to dominate state legislative and county offices throughout the state. Only in the big cities of Tulsa and Oklahoma City and some of the sparsely populated counties to the northwest could the GOP find consistent support. To the extent that the party divided, it was between grassroots-oriented farm and small-town Republicans from the north and wealthy oil industry Republicans of Tulsa and Oklahoma City.

The Republican Party was more competitive at the end of the twentieth century than at any time in the past. Republicans consistently controlled between one-third to two-fifths of the state legislature and, since 1994, most statewide constitutional offices. Republican preeminence at the federal level became absolute. No Democrat carried the state for president after 1964, and with the exception of David Boren, Republicans dominated the elections to the U.S. Senate from the 1960s. Since 1994 Republicans carried increasing shares of the vote for the U.S. Senate, and have consistently controlled all six seats in the U.S. House of Representatives. The state party's strength is still characterized by a distinct geography: Republicans in statewide contests run about ten points stronger in the two big cities than in the rest of the state, and the party's candidates run poorly in the Little Dixie region to the southeast.

The main source of recent Republican growth in the twentieth century was the realignment of fundamentalist Christian voters toward the GOP. These voters, primarily from rural and suburban communities outside of Oklahoma City and Tulsa, shifted their support in elections heavily toward Republican candidates, especially in federal and statewide elections. A variety of strong party chairs, most notably Tom Cole and Clinton Key, acted in concert with social conservative leaders to recruit candidates, develop sophisticated fund-raising strategies, and run campaigns that targeted the divisions between socially conservative Oklahoma voters and the national Democratic Party.

One consequence of the emphasis on the social divisions between the parties and the entry of Christian social conservatives into the party was the creation of factional division between economic (country-club) conservatives who built the party with Bellmon, and the more activist Christian conservatives who are coming to dominate the party primaries and the party organizations. More recently, prominent Republican elected officials have started independent efforts at party building by helping finance state legislative candidates through their leadership political action committees (PACs).

The Republican Party is by far the more conservative party in Oklahoma politics. However, it has also advanced the careers of women, nominating and electing them as lieutenant governor and labor commissioner. Further, at the end of the century the only black Republican congressman in the United States, J. C. Watts, Jr., hailed from Oklahoma.

The following (as per The Chicago Manual of Style, 17th edition) is the preferred citation for articles:
Ronald Keith Gaddie, “Republican Party,” The Encyclopedia of Oklahoma History and Culture, https://www.okhistory.org/publications/enc/entry.php?entry=RE030.