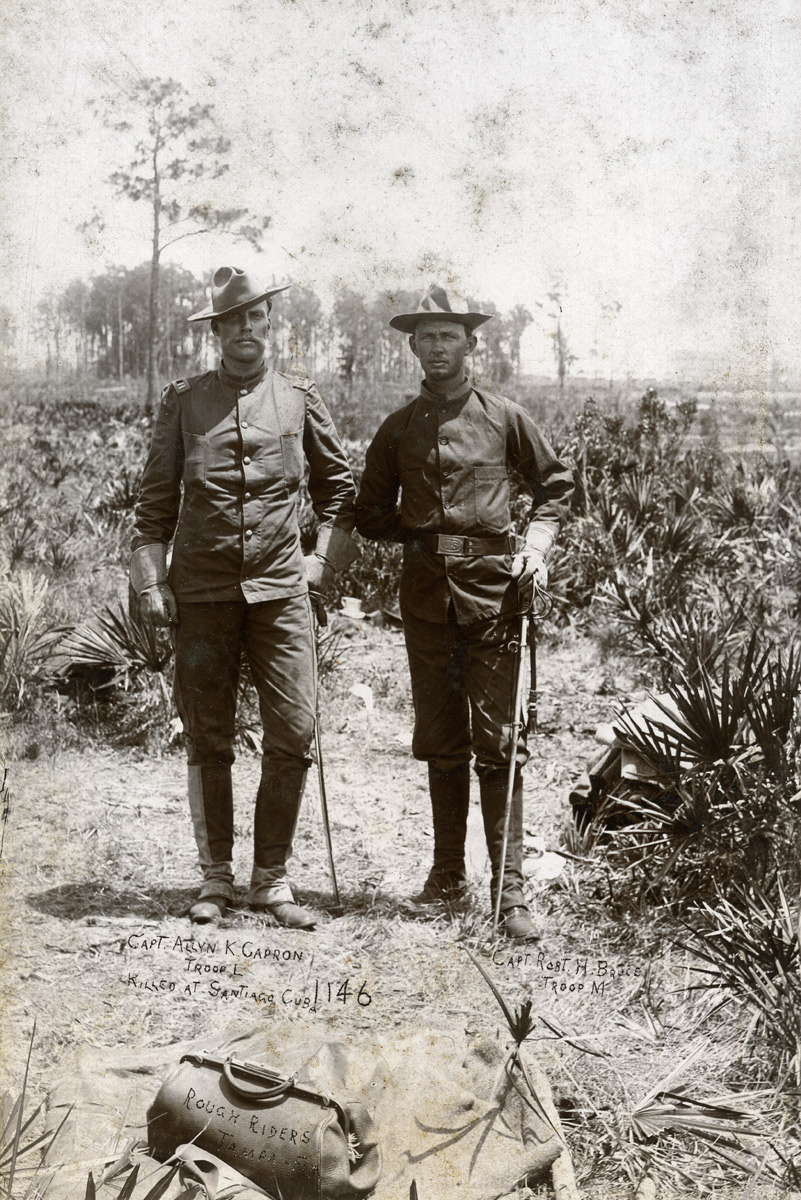 "Rough Riders" was the nickname for the First U.S. Volunteer Cavalry regiment that served during the Spanish-American War. Three of the regiment's twelve subdivisions, or troops, were recruited in Oklahoma and Indian territories in April 1898. The men of Oklahoma Territory comprised Troop D and were led by Capt. Robert B. Huston of Guthrie, Oklahoma Territory, and the Oklahoma Territorial National Guard. Indian Territory contributed Troops L and M, commanded by Capts. Allyn K. Capron of the U.S. Seventh Cavalry, Fort Sill, Oklahoma Territory, and Robert H. Bruce of Mineola, Texas, respectively. The Oklahomans briefly trained in San Antonio, Texas, with volunteers from Arizona, New Mexico, and East Coast cities, colleges, and universities. Commanded by Col. Leonard Wood and Lt. Col. Theodore Roosevelt, on June 13, 1898, eight of the regiment's twelve troops embarked for Cuba.

Oklahoma's Troops D and L participated in the Santiago campaign in June and July 1898. Captain Capron, whom Roosevelt considered "the best soldier in the regiment," was the first U.S. officer killed in combat. Seven Oklahoman Rough Riders were killed, and twenty-seven were wounded in Cuba, representing Oklahoma's total battlefield casualties for the war. Rough Riders Frank Frantz and Chris Madsen were notable figures in Oklahoma history.

The following (as per The Chicago Manual of Style, 17th edition) is the preferred citation for articles:
Jon D. May, “Rough Riders,” The Encyclopedia of Oklahoma History and Culture, https://www.okhistory.org/publications/enc/entry.php?entry=RO034.