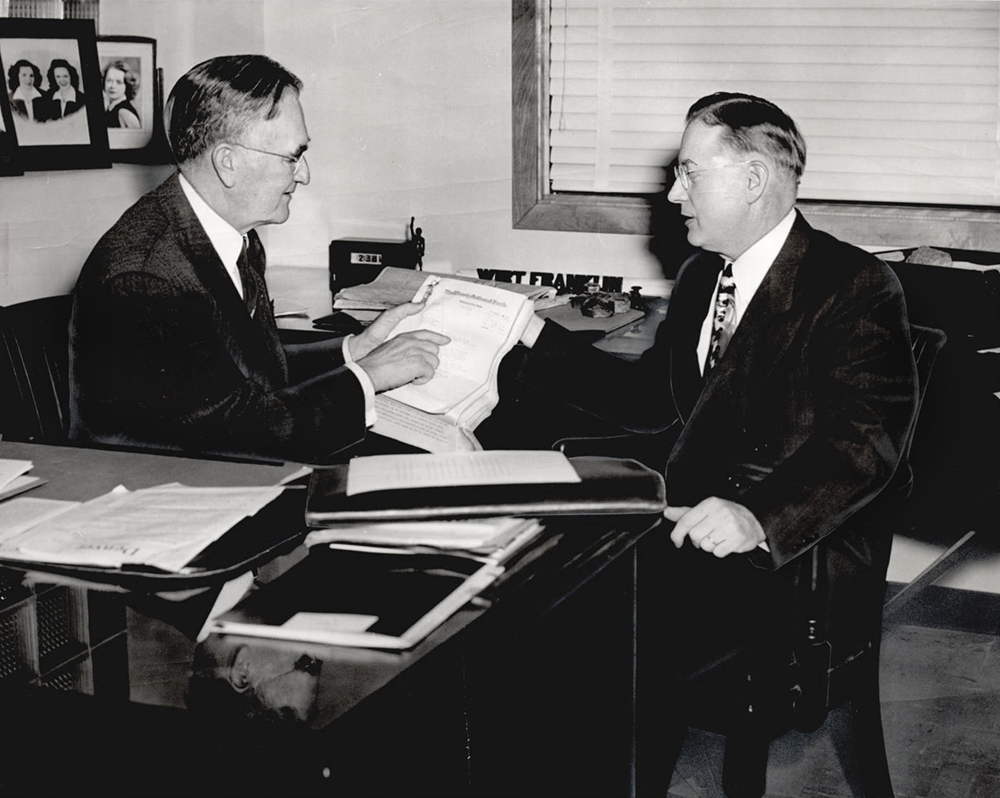 An attorney and an oilman, Wirt Franklin was born at Richmond, Missouri, on March 22, 1883, to John H. and Irene Hudgins Franklin and grew to adulthood in Kansas and Illinois. The family lived in Washington, D.C., for four years while John Franklin served in the administration of Pres. Benjamin Harrison (1889–93). In 1900 Wirt Franklin graduated from high school at Lacon, Illinois. That summer he returned to Washington. There he worked as a stenographer for the Senate Committee on Indian Affairs while attending law school at Columbian University (now George Washington University).

In 1902 Franklin went to Muskogee, Indian Territory, with the Dawes Commission to enroll tribal members in the Choctaw and Chickasaw nations. He resigned that post in 1905, moved to Ardmore to establish a law partnership with Samuel A. Apple, and was admitted to the bar on January 24, 1907. Franklin practiced law until 1913 when he played a pivotal role in establishing the Healdton Field. At that time he formed the Crystal Oil Company. Over the next four decades he was actively involved with several other firms including Apple-Franklin Oil Company, Franklin, Ashton, and Fair Oil Producers, Cromwell-Franklin Oil Company, and Wirt Franklin Oil Company. Additionally, Franklin's involvement in regional oil associations culminated in his playing a central role in the 1929 establishment of the Independent Petroleum Association of America. He served for six years as its first president.

During World War II Franklin worked in the federal government's Office for Petroleum Administration. In later years he was the first recipient of the Oklahoma Petroleum Council's Outstanding Oklahoma Oilman Award. He was married three times and fathered five children. Wirt Franklin died at Dallas, Texas, on September 24, 1962, and was buried in Rose Hill Cemetery in Ardmore.

The following (as per The Chicago Manual of Style, 17th edition) is the preferred citation for articles:
Bobby D. Weaver, “Franklin, Wirt,” The Encyclopedia of Oklahoma History and Culture, https://www.okhistory.org/publications/enc/entry.php?entry=FR004.