Unearthing of the Century Chest 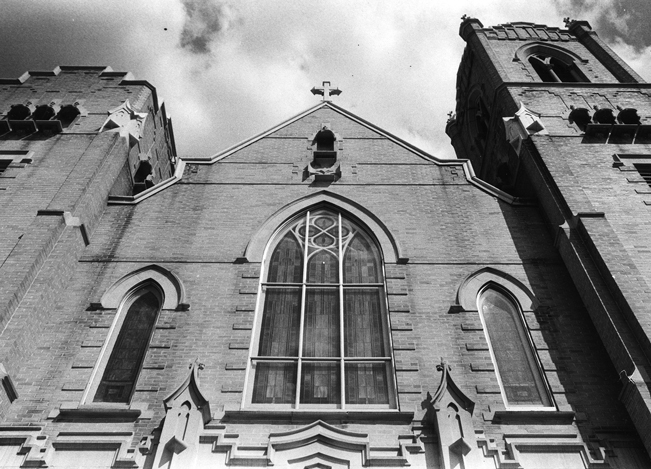 On April 22, 2013, after 100 years of waiting, the Century Chest was revealed to Oklahoma and the world.

A public event to view the contents of the Century Chest was held Monday, April 22, 2013, at 10 a.m. at the First Lutheran Church, located at 1300 North Robinson Avenue in downtown Oklahoma City. The event featured the live opening of the chest, guest speakers, and refreshments.


This footage from OETA captures the entire Century Chest ceremony at the First Lutheran Church of Oklahoma City on April 22, 2013.
The opening of the chest starts around the 1 hour 10 minute mark.

The First English Lutheran Church Century Chest was the idea of Virginia Sohlberg. Sohlberg had learned of a similar undertaking in Colorado Springs, Colorado, and proposed the plan to the church’s pastor Newton H. Royer. He approved. The church's Ladies Aid Society led the project with Virginia Sohlberg as president. The project was to be a fundraiser, offering the public the chance to include their name in a ledger and quilt, purchase space in the chest, or buy tickets to the Century Chest service. The fundraiser would benefit the church which needed funds to cover the cost of a new organ. The full price of the organ was $3,200, half of which was paid by Andrew Carnegie.

The community embraced the project as an opportunity to celebrate 1913 Oklahoma and reach out to future generations. Citizens, businesses, community organizations, and legislators participated. Local newspapers covered the planning of the chest, and the project grew beyond the church, beyond Oklahoma City, to the entire state.

The chest was buried in the basement of the church. According to the documents of the church, "The Chest was made of copper, and to make its preservation doubly sure, it was enclosed in double cement walls and placed about one foot under the earth."

The date of the burial ceremony was set for April 22, 1913, the anniversary of the Land Run of 1889, which opened the Unassigned Lands to settlement. To find out more about this land run, view the encyclopedia article.

Inside the Century Chest

The chest contained a variety of objects honoring Oklahoma’s heritage. Included were American Indian items and documents, photographs, paintings, poems and musical compositions, coins, family histories, local histories, clothing, various clippings, a flag, and technology of the day such as a telephone, phonograph, and camera. A special “Century Chest Edition” of The Oklahoma News was printed and copies placed in the chest. The chest also included messages from Oklahomans of 1913 to future generations. Explore items found in the chest.

The People and the Community

Many individuals and organizations were involved in the Century Chest project. They attended the ceremony, made donations, assisted with planning, or were active members of the First Lutheran Church.
View a list church members.
View a list of donors.

The church marked the burial of the Century Chest with a service on the evening of April 22, 1913. The service included various musical performances and addresses by Governor Lee Cruce, Oklahoma City Mayor Whit M. Grant, and Reverend Newton H. Royer, D. D., pastor of the First Lutheran Church. A recording of the ceremony was made and included in the chest.
View details of the ceremony

Each year from the chest's burial to its unearthing, the members of the First Lutheran Church pledged their commitment to the chest and its creators. The pledge was created by the church members of 1913 to ensure the chest would be protected and honored for future generations of Oklahomans.
Read the full pledge.

The Century Chest in Historic Newspapers

Oklahoma newspapers covered the Century Chest activity as items were chosen, community groups joined the project, and preparations were made.
View articles from newspapers.

Members of the First Lutheran Church have served as stewards of the Century Chest since 1913. Read a message from the church