The historic site will be open and free to the public on September 18 from 10 a.m. to 2:30 p.m. with various historic skills demonstrations throughout the day. Woodcutters teaching the skill of felling and cutting a tree, the art of making corn husk dolls, the cooper’s process of making wooden buckets, and the use of gunpowder and artillery will all be a part of the day’s demonstrations. Living history actors representing US dragoons, infantry, and cavalry will be circulating at the event. Visitors can also learn about the history behind the Sutler’s Store, which was a source of goods and merchandise for soldiers and surrounding towns until the fort’s closure in 1854.

Fort Towson was established in 1824 to quell conflicts between lawless elements, American Indian peoples, and settlers claiming the area as part of Arkansas Territory. The fort also served as an outpost on the border between the United States and Texas, which at that time was part of Mexico. The fort was also an important staging area for US forces during the Mexican War of 1846.

For more information about the event, please call John Davis at 580-873-2634 or email jdavis@okhistory.org. Fort Towson Historic Site is located north of US 70 near Fort Towson. 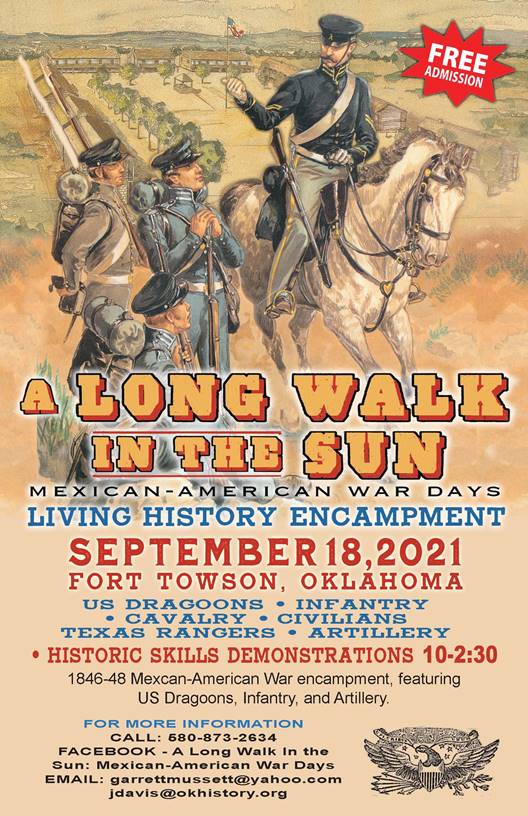