On Monday, May 16, a new photography exhibit, Becoming Fearless, is opening in the Chesapeake Event Center and Gallery at the Oklahoma History Center (OHC).

Becoming Fearless explores 70 years of firefighting in Oklahoma. 25 black-and-white images trace the evolution of the profession from the early days of acrobatics, antics, and volunteerism in the 1900s to the sophisticated fire safety systems in use today. Photographs from the early days of firefighting often depicted feats of agility—along with a bit of humor. Some of the images are great examples of the firehouses, equipment, and uniforms from across the state. Guthrie established its fire department in 1889, the same year as Oklahoma City. Tulsa followed in 1900, Enid in 1902, and Edmond in 1903. Most started with volunteers only, as is still the case in some rural areas today. Horse-drawn fire equipment was common from 1889, when the Oklahoma City Fire Department (OCFD) was originally established, until 1910 when the first motorized firefighting vehicle was introduced.

Due to long shifts, firefighters made the fire station a second home. Sometimes this included stations adopting pets or house mascots such as dogs, goats, and sheep, which are also depicted in the exhibit.

A small selection of artifacts from the Oklahoma Historical Society (OHS) collection will be featured, including the Class A uniform worn by Marvin O. Nelson in 1951. He was one of the first 12 Black OCFD firefighters.

The Chesapeake Event Center and Gallery is open Monday through Saturday from 10 a.m. to 5 p.m. It is also used to hold meetings and events, so patrons should call in advance to make sure the room is open to the public on the day of a visit.

The OHC is a division of the OHS and is an affiliate of the Smithsonian Institution, the National Archives, and is an accredited member of the American Alliance of Museums. 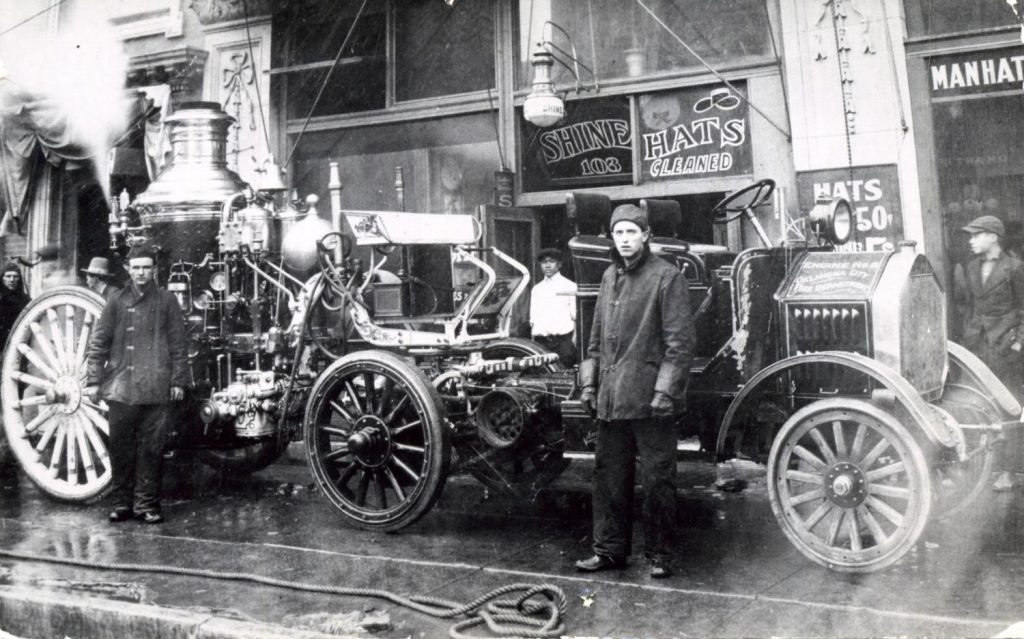