On Saturday, January 28, The Cherokee Strip Regional Heritage Center will open the traveling exhibit Imprinting the West: Manifest Destiny, Real and Imagined. The exhibit will run from January 28 to March 16.

Westward expansion was one of the most transformational elements in American life throughout the nineteenth century. Printed imagery played an important role in the dissemination of knowledge and understanding about the West and those who inhabited it. Imprinting the West: Manifest Destiny, Real and Imagined features 48 hand-colored engravings and lithographs that explore these depictions and the influence artists had on the perception of the wild west.

The works featured in Imprinting the West explore the potent imagery of the time that shaped how Native peoples and the West were understood. Westward expansion in the 19th century was closely intertwined with the Indian Removal Act of 1830 which forcibly removed Native populations in the east to areas west of the Mississippi River. The migration westward and settlement of white Americans only accelerated territorial tensions, which often culminated in bloodshed.

This exhibit was curated by Dr. Randall Griffey, head curator at the Smithsonian American Art Museum in Washington, DC. 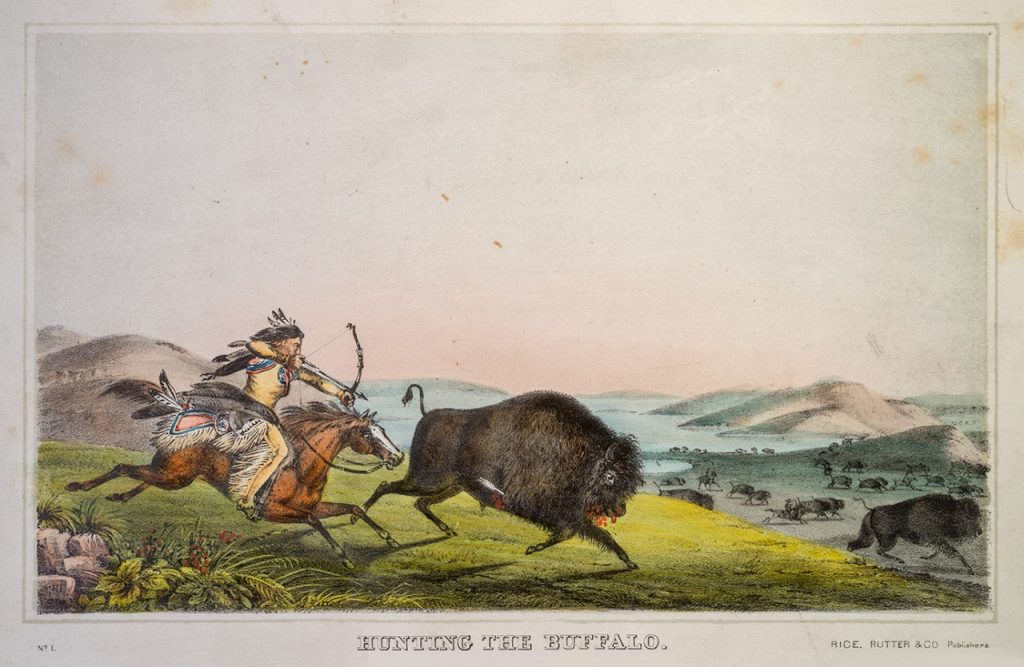