On November 17, 2020, the Oklahoma History Center (OHC) will open Launch to Landing: Oklahomans and Space. This exhibit focuses on the many Oklahomans who played a part in the US air and space program, as well as early Oklahoma pioneers of aviation. To celebrate the opening of Launch to Landing, as well as the 15th anniversary of the Oklahoma History Center, the OHC will offer free admission to the public Tuesday, November 17, through Saturday, November 21, sponsored by the Inasmuch Foundation.

The centerpiece of the exhibit is the Skylab 4 Apollo Command Module (CM-118). This spacecraft carried the final Skylab crew of astronauts—Gerald Carr (commander), Edward Gibson (science pilot), and William Pogue (pilot)—into space to live and work in the Skylab Orbiting Laboratory, or Space Station. The final Skylab mission was the longest mission flown by any Apollo command module. It flew from November 16, 1973, to February 8, 1974, for a total of 84 days in space.

Launch to Landing will feature a number of personal items utilized by astronauts. Among those are flight suits worn by Fred Haise, John Herrington, and Gordon Cooper, and as well as articles of clothing worn by Shannon Lucid and other crew members of the International Space Station missions. Also available for viewing are the in-flight coverall garment and pants used by Apollo Command Module Pilot Stuart Roosa when he flew to the moon and back on Apollo 14 from January 31 to February 9, 1971.

Also included in the exhibit are items that are generally associated with Oklahoma aviators and the U.S. air and space program, such as Oklahoma flags flown in space, a NASA Mission Control console, space shuttle heat shield tiles, and lunar samples—also known as “moon rocks.”

Launch to Landing is the culmination of several years of coordination and planning with the Smithsonian National Air and Space Museum in Washington, DC, and the Cosmosphere in Hutchinson, Kansas. 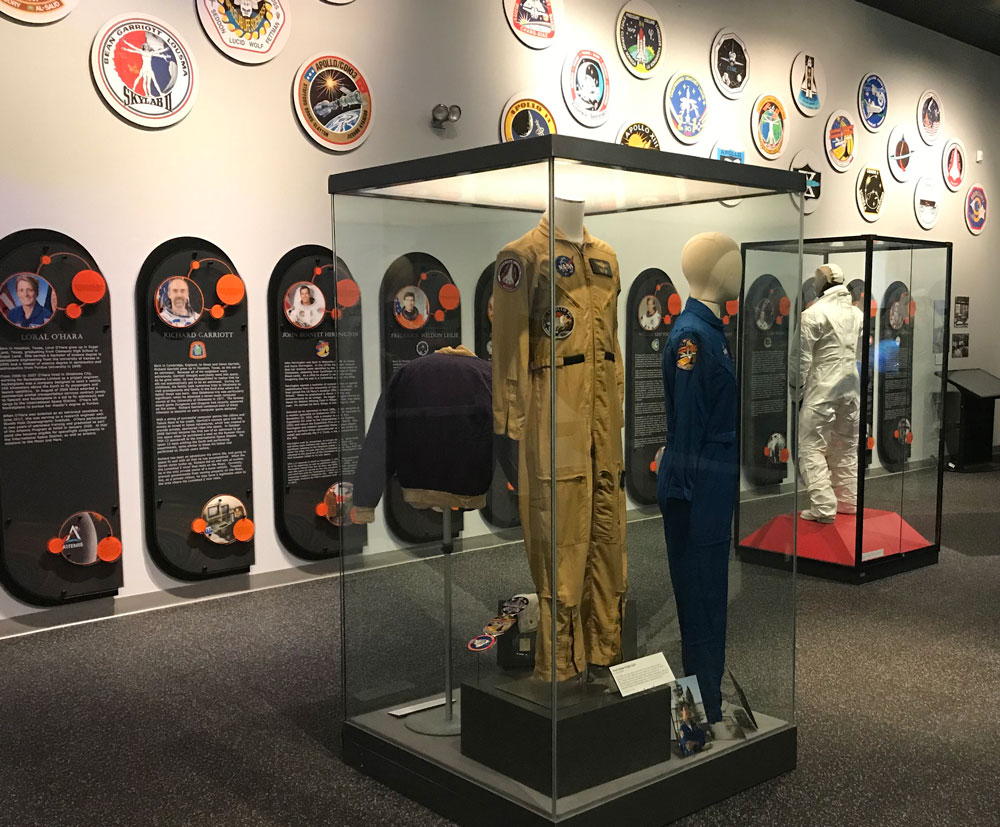