On Saturday, July 2, at 10 a.m., the Pawnee Bill Ranch and Museum will hold a special dedication ceremony on the front lawn of the site to return one of the cannons used in the original Pawnee Bill Wild West Shows to the home of the former Wild West Show entertainer. After more than 70 years in Oklahoma City, the cannon will be unveiled on the front lawn at the historic site in Pawnee.

Opening remarks will be delivered by Oklahoma Historical Society Executive Director Trait Thompson, followed by remarks from Lieutenant Governor Matt Pinnell, Senator Chuck Hall, and Representative Ty Burns. The Pawnee VFW Color Guard will present the colors at the ceremony. The celebration will include a ceremonial firing of a reproduction cannon, as well as musical performances by the Pawnee High School Band and the Pawnee Elementary School chorus with Gary Vance Jr.

The Model 1861, three-inch ordnance “rifle” was cast in 1863 at the Phoenix Iron Company in Phoenixville, Penn. The gun reportedly saw service in several Civil War battles, including Missionary Ridge, before Pawnee Bill acquired it for use in the Wild West Show. After the Wild West Show, the gun found a home on the front lawn of Pawnee Bill and May Lillie’s mansion. Shortly before Pawnee Bill died in 1942, he gifted the gun to his longtime friend and publicist, Frank Stuart. The carriage was in bad shape and continued to deteriorate as the gun sat in Stuart’s backyard in Oklahoma City for many years. Stuart died in 1950, and under his will the cannon was left to the OHS in 1951. The OHS had a new carriage built for the cannon, and has displayed it in Oklahoma City ever since.

“We are very pleased for the community of Pawnee that we can restore the cannon back to the ranch,” said Executive Director Thompson. “When the cannon is permanently installed at the ranch, the installation will include the placing of a flagpole near the cannon and lighting the front of the mansion and the cannon display. The cannon will be placed on a concrete pad with exhibit panels to tell its story. A new sidewalk will be laid to ensure the display is accessible to everyone,” continued Thompson.

The Pawnee Bill Ranch was once the showplace of the world-renowned Wild West Show entertainer Gordon W. “Pawnee Bill” Lillie. Pawnee Bill and May Lillie’s 14-room mansion, completed in 1910, is filled with Lillie family memorabilia, photographs, and original artwork. The 500-acre ranch property is home to a herd of bison, longhorn and several draft horses. 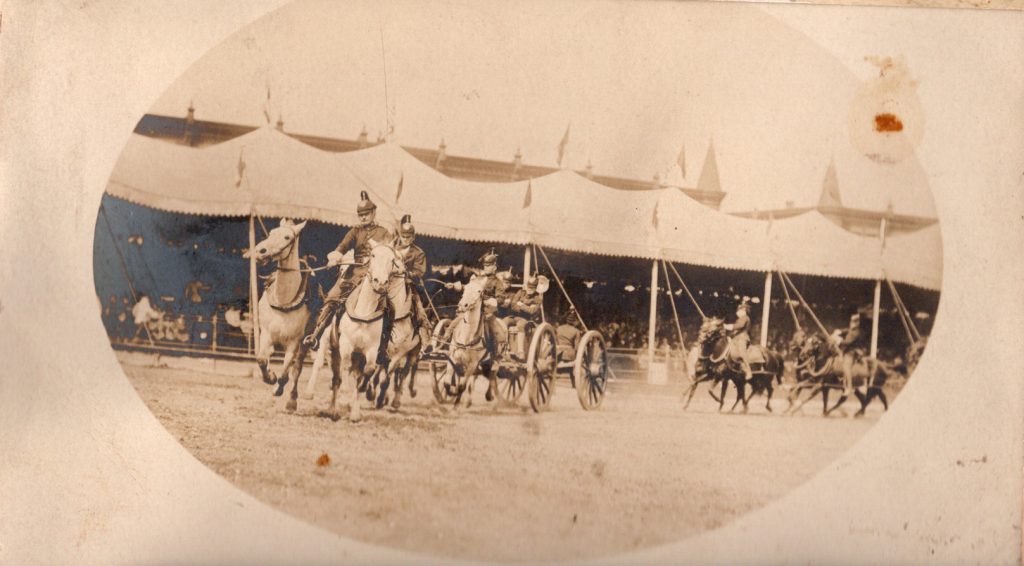 The Civil War 10-pounder, 3-inch cannon was often fired to signal the start of Pawnee Bill’s Wild West Shows as they traveled the US. The cannon also featured in crowd-pleasing artillery races, which would pit branches of military members against one another as they raced teams of horses around the arena to see who could assemble and fire a cannon first.