On Thursday, October 20 at 7 p.m., The Will Rogers Museum will host its Thursday Night Lecture Series featuring a presentation by Michael Williams. He will tell the bizarre story of Elmer McCurdy—the Oklahoma Outlaw turned sideshow mummy.

While filming an episode of the hit television show, The Six Million Dollar Man, entitled “The Carnival of Spies,” at the Nu-Pike amusement park in Long Beach, California, a member of the crew, knocked the arm of a mannequin at the Laff-In-The-Dark funhouse. While attempting to reattach the arm the crew member noticed what looked to be a bone and upon close inspection of the unclad body, he knew he was looking at the body of a man.
So begins the story of the Oklahoma Outlaw Mummy Elmer McCurdy—a story filled with, outlaws, lawmen, sideshows, showmen, writers, artists, scientists, historians, and Broadway producers.

Michael Williams is a curator at the Oklahoma Territorial Museum in Guthrie, Oklahoma. He is a graduate of the University of Central Oklahoma History/Museum Studies program. Michael has appeared in numerous documentaries and TV spots speaking about events and people in Oklahoma History. Please call 918-341-0719 for more information. 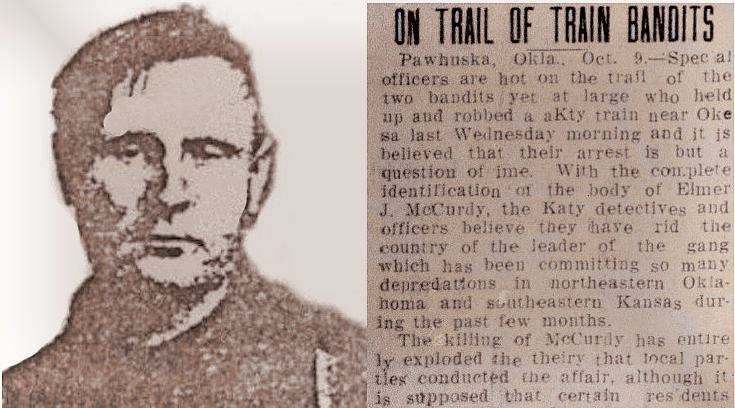