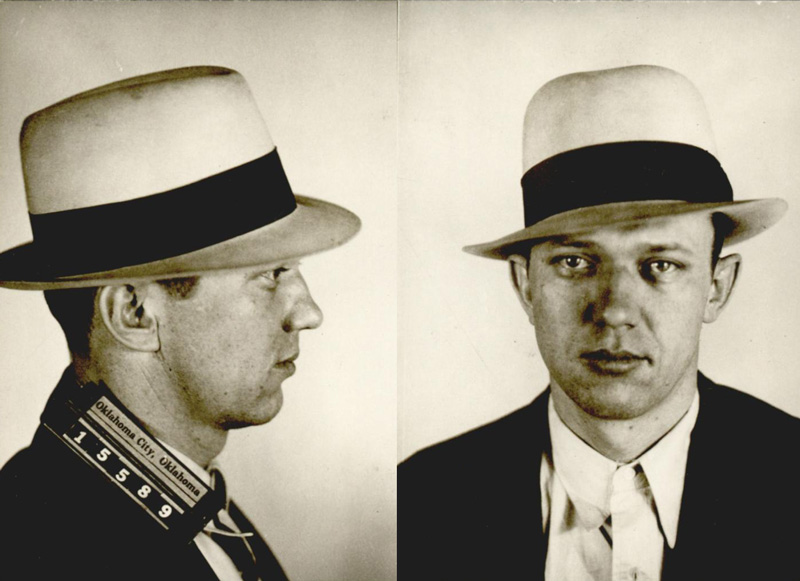 Oklahoma History Center’s photography exhibit Wanted: Dead or Alive will be on display until February 29, 2020. This exhibit is comprised of images of some of Oklahoma’s most infamous criminals.

Images utilized in the exhibit have been drawn from the Federal Bureau of Investigation, the University of Oklahoma Western History Collections, the National Archives, the vast photographic archives of the Oklahoma Historical Society, and private lenders. The 38 black-and-white images on display consist of mugshots, crime scene locations, and group shots with criminals and law enforcement officers. They span more than 70 years, starting before statehood in 1907 and reaching into the late 1950s.