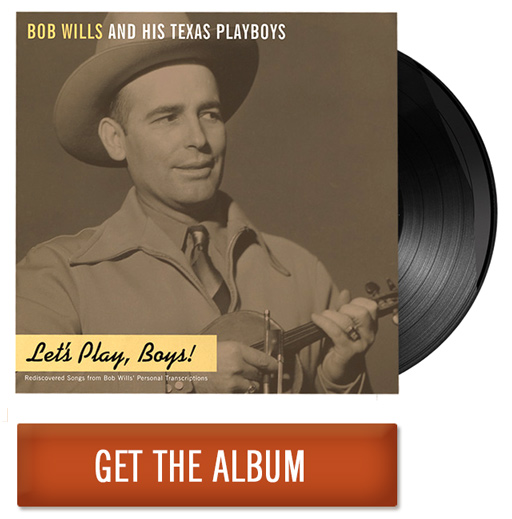 Bob Wills and his Texas Playboys

The album features thirteen songs originally recorded in 1949 for a radio series sponsored by the Crosley Automobile Company. The vinyl album is produced on 180 gram vinyl; a CD version will be released at a later date. These songs were digitally restored and remastered by Grammy-nominated artist Steve Ripley.

Tracks:
I Thank You Mr. Moon Intro
I Thank You Mr. Moon
Draggin' the Bow
Sittin' On Top of the World
Take Me Back to Tulsa
Little Coquette
Ida Red
Bob Talks
Blues for Dixie
There'll Be Some Changes Made
Jesse Polka
Sugar Blues
A Little Bird Told Me
Bring It On Down to My House, Honey