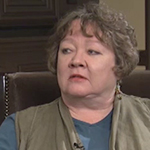 The semester sixteen-year-old S. E. , “Susie,” Hinton was working on a novel she called A Different Sunset, she received a “D” in her creative writing class. The book, later renamed The Outsiders (1967), became one of the all-time best-selling books in publishing history and is generally credited with creating the genre of young adult literature. Ironically Susie received her book contract on graduation day.

Susie, the author other of several other novels, is also known for her film collaborations, including her work on Francis Ford Coppola’s adaptation of The Outsiders.

Susie Hinton is an avid fan of the television series, Supernatural, and often visits the actors on location.

Getting Started with S. E. Hinton