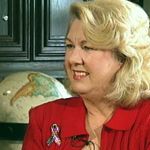 "This is strong, action-packed stuff from Lovelace."—Publishers Weekly

A retired United States Air Force colonel, best-selling novelist Merline Lovelace understands the rigors of love—and war. Merline, who comes from a military family, actually met her husband shortly after enlisting, and they both served in Vietnam. Many of her novels such as Line of Duty (1996) and Duty and Dishonor (1997) reflect her firsthand knowledge of the armed forces.

Merline also writes historical novels, contemporary romances, and mysteries. Because she is so well known for her romances, some readers have speculated that “Lovelace” is a pseudonym, but it is her actual married name.

Getting Started with Merline Lovelace