When the Five Tribes were forcibly removed from their homelands in the 1830s–40s, people enslaved by the tribes also made the long journey to Indian Territory. By 1861, eight to ten thousand Black people were enslaved throughout Indian Territory. In 1863 the Cherokee National Council passed an act freeing all people enslaved by their tribe, but many slaveholders ignored the law. After the Civil War, new treaties between the US government and the Cherokee, Chickasaw, Choctaw, Muscogee (Creek), and Seminole abolished slavery among the tribes and outlined citizenship rights available to the Freedmen and their descendants. These treaties were ratified in the summer of 1866.

Learn More in the Encyclopedia


The Chronicles of Oklahoma

“Alice Lee Elliott: A School for Choctaw Freedmen,” by Joy McDougal Smith
“‘The Golden Days’: Taylor and Mary Ealy, Citizenship, and the Freedmen of Chickasaw Indian Territory, 1874–77,” by Ellen Cain
“Taft: Town on the Black Frontier,” by Linda C. Gray
“‘We Surely Gave Them an Uplift’: Taylor F. Ealy and the Mission School for Freedmen,” by Norman J. Bender

“From Tulsa to Beyond: African American Genealogy in the Indian Territory and Oklahoma,” Nicka Smith

“From Tulsa to Beyond: African American Genealogy in the Indian Territory and Oklahoma,” Nicka Smith
Discover how to research the lives of your ancestors using tribal records (Cherokee, Chickasaw, Choctaw, Muscogee, and Seminole), federal records, newspapers, college/university collections, historical society records, and more! Smith’s understanding of these records will help those researching family trees to discover deep roots in the Sooner State.

Freedmen and the Dawes Rolls

The Dawes Rolls list individuals who lived with their tribe in Indian Territory, who chose to apply, and were approved by the Dawes Commission. Dawes enrollees are listed by household on census cards, and Freedmen cards list individuals formerly enslaved by one of the Five Tribes. The term Freedmen also is used to describe the descendants of these individuals. Although there was intermarriage between Blacks and Indians, the Dawes Commission enrolled people of mixed heritage as Freedmen, and indicated no blood relation to the tribe.

Enrollment for the Dawes Rolls began in 1898 and ended in March of 1907, although there were a few names added as late as 1914. Census cards list the enrollee’s name, age, sex, blood quantum, tribe, place of residence, and roll number. In general, the age shown on the census card is the age of the individual around 1902. Members of the same household are typically listed on the same card, and Freedmen cards include names of the enrollee’s former owner on the back.
Search the index to the Dawes Rolls.

Freedmen Resources in the Records of the Five Tribes

The OHS Indian Archives includes official records of the Five Tribes. Records pertaining to Freedmen include various censuses, per capita payments, letters sent and received, and information about citizenship.
View the list of records available on microfilm.

There are numerous published histories and studies about Freedmen and the Five Tribes.
View the bibliography. 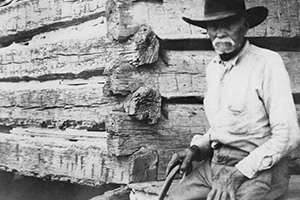 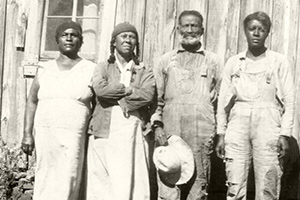 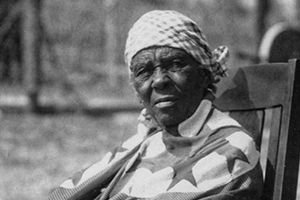 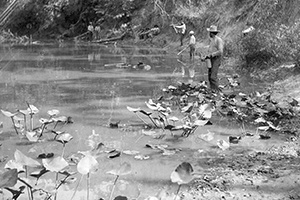 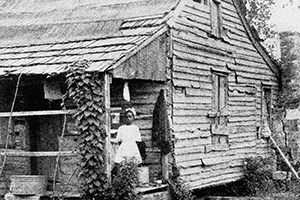 Choctaw Freedmen outside the home of the late Caroline Prince near Oak Hill, 1914 (20827.3.20A, Flickinger Collection, OHS) 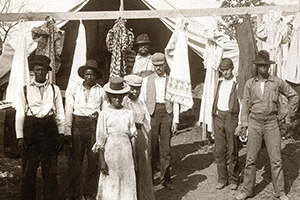 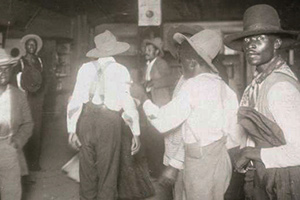 Freedmen at a dance during enrollment before the Dawes Commission, Fort Gibson, Indian Territory (15814.A, Aylesworth Album Collection, OHS) 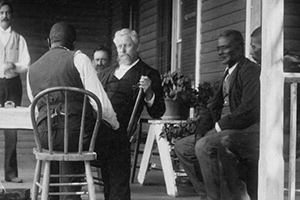 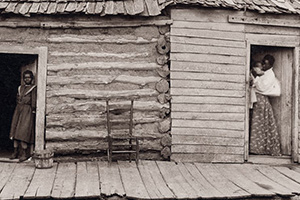 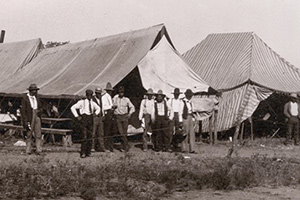 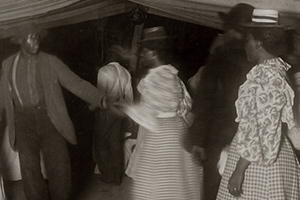 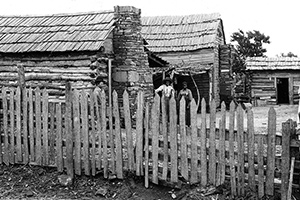 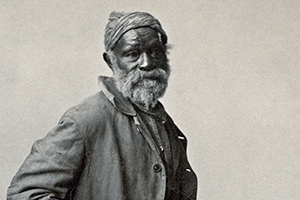 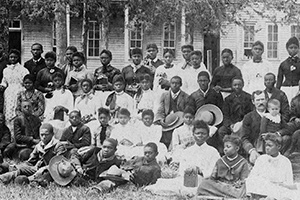 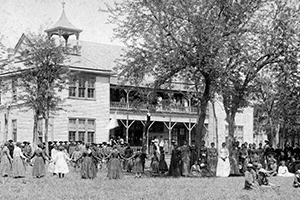 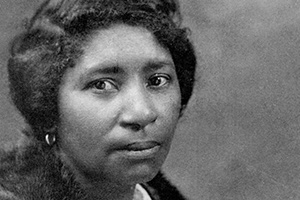 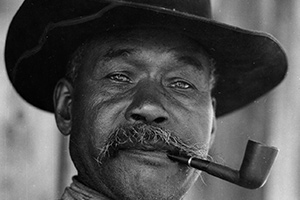 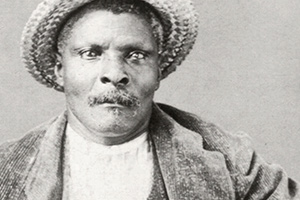 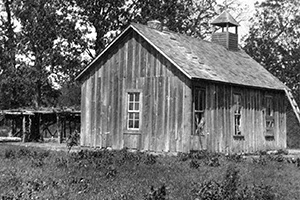 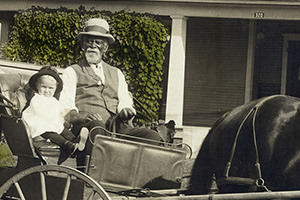 Freedmen’s Bureau
The US Bureau of Refugees, Freedmen and Abandoned Lands, or the Freedmen’s Bureau, was created by the US government to assist former slaves. The bureau was established in the eleven rebel states, three border states, Washington, DC, and Indian Territory in March 1865; it ceased to exist in summer of 1872. During its operation, the bureau provided resources for African Americans including legalizing marriages, reuniting family members, and recording genealogical information. In Indian Territory agents of the Freedmen’s Bureau experienced difficulties. Freedmen in the territory generally had close relationships with the tribes. When new treaties were negotiated with the tribes after the Civil War the bureau ceased operations, therefore cutting funding for education and assimilation efforts.

The Freedmen’s Bureau records have been microfilmed and are available at the National Archives. Various institutions are currently indexing the records which will make them more accessible to researchers. FamilySearch currently offers access to Freedmen’s Bureau marriage records, 1815–1869, at familysearch.org.