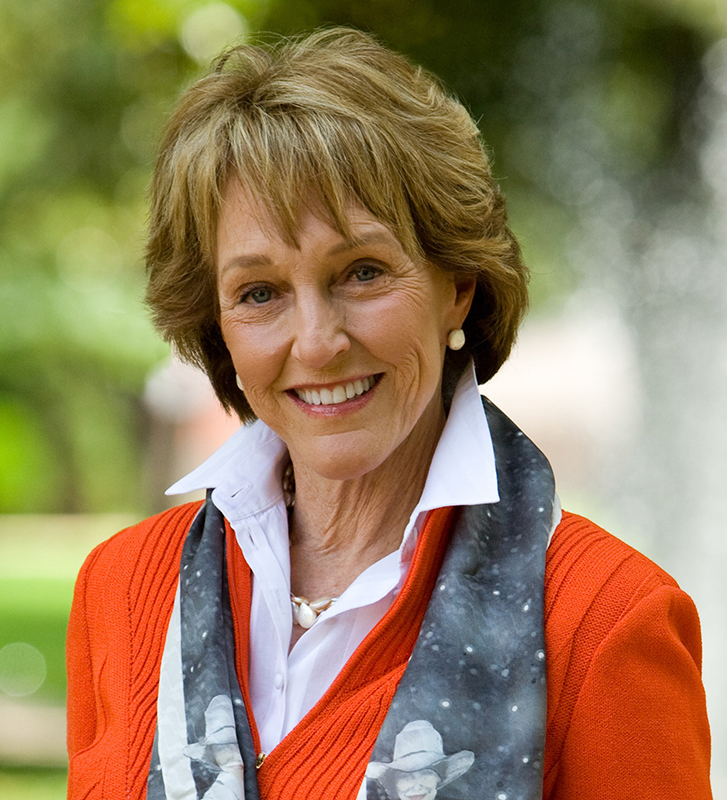 Ann Hargis served as the first lady of Oklahoma State University (OSU) while her husband, Burns, served as president of the university from 2008 to 2021. In addition to partnering with President Hargis on a variety of activities with students, faculty, alumni, donors, and others, she is active in both the OSU and Stillwater communities. On campus, she serves with Friends of the Library, Friends of Music, and the Women for OSU Leadership Council. She was instrumental in developing and launching OSU’s nationally unique pet therapy program, Pete’s Pet Posse, and she is an active participant with her therapy dog, Scruff. In the community, Hargis is a member of the Stillwater Public Education Foundation and Payne County Youth Services. In 2012, she was appointed by the governor as one of fifteen members of the Oklahoma Arts Council, where she served for several years. She is a member of Leadership Oklahoma Class V and was on the founding board of the Oklahoma School of Science and Mathematics. Prior to arriving in Stillwater, she was actively involved in community and volunteer work in the Oklahoma City Community. She partnered with her husband in his bid for governor of Oklahoma in 1990 and was involved in many statewide efforts, which showcased the diversity and resilience of Oklahomans and strengthened her love of the state. She currently serves on the Oklahoma Hall of Fame Board of Directors.

She is the recipient of numerous awards, including the Journal Record’s Woman of the Year, the OSU Loyal and True Award, and the Oklahoma Humane Society Hero Award. In 2019 she and President Hargis accepted the George Nigh Public Service in Arts Award, which recognizes Oklahoma citizens for their outstanding support of the arts. OSU awarded Hargis an honorary doctorate for her dedication to health and wellness. A native of Dallas, Hargis holds degrees in math and Latin and worked for several years in the information technology industry and advertising and marketing. She and her husband have two children, son Matt and daughter Kate Haas, married to Richard; and three grandchildren, Peighton, Preston, and Oliver.