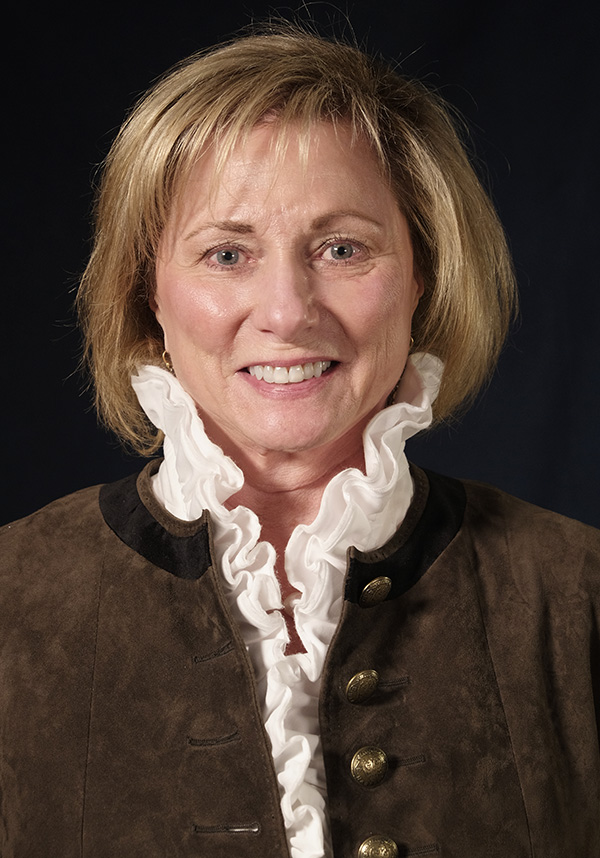 Terry Mabrey grew up in San Antonio, Texas, and Oklahoma City. Upon graduating from Putnam City High School, she attended the University of Oklahoma and was a member of Chi Omega sorority. Mabrey spent her next twenty-six years in Okmulgee, where she and her husband John raised their three children. In her early years in Okmulgee, she studied to become a personal property appraiser with the American Society of Appraisers. She owned and operated Antique Mall in downtown Okmulgee for ten years. She helped start and eventually chaired the Okmulgee Preservation Commission. One of her many accomplishments with this group was participating in listing thirty-two blocks of historic downtown Okmulgee on the National Register of Historic Places. Mabrey also chaired the Creek Indian Memorial Association at the Creek Council House and participated in listing it on the National Register of Historic Places. She was involved in Okmulgee becoming one of the first five Main Street programs in Oklahoma, and she was a member and president of the Okmulgee Service League.

In 2004 Mabrey and her husband moved to Tulsa. She immediately got involved in her new community. She has chaired many events in Tulsa including Cascia Hall’s Celebrate Cascia, Cystic Fibrosis Foundation’s Corks and Kegs, and she most recently chaired Philbrook Museum’s premiere Wine Experience. She was honorary chair of Domestic Violence Intervention Service’s Monarch Ball, and has been very involved with the Tulsa Foundation for Architecture.