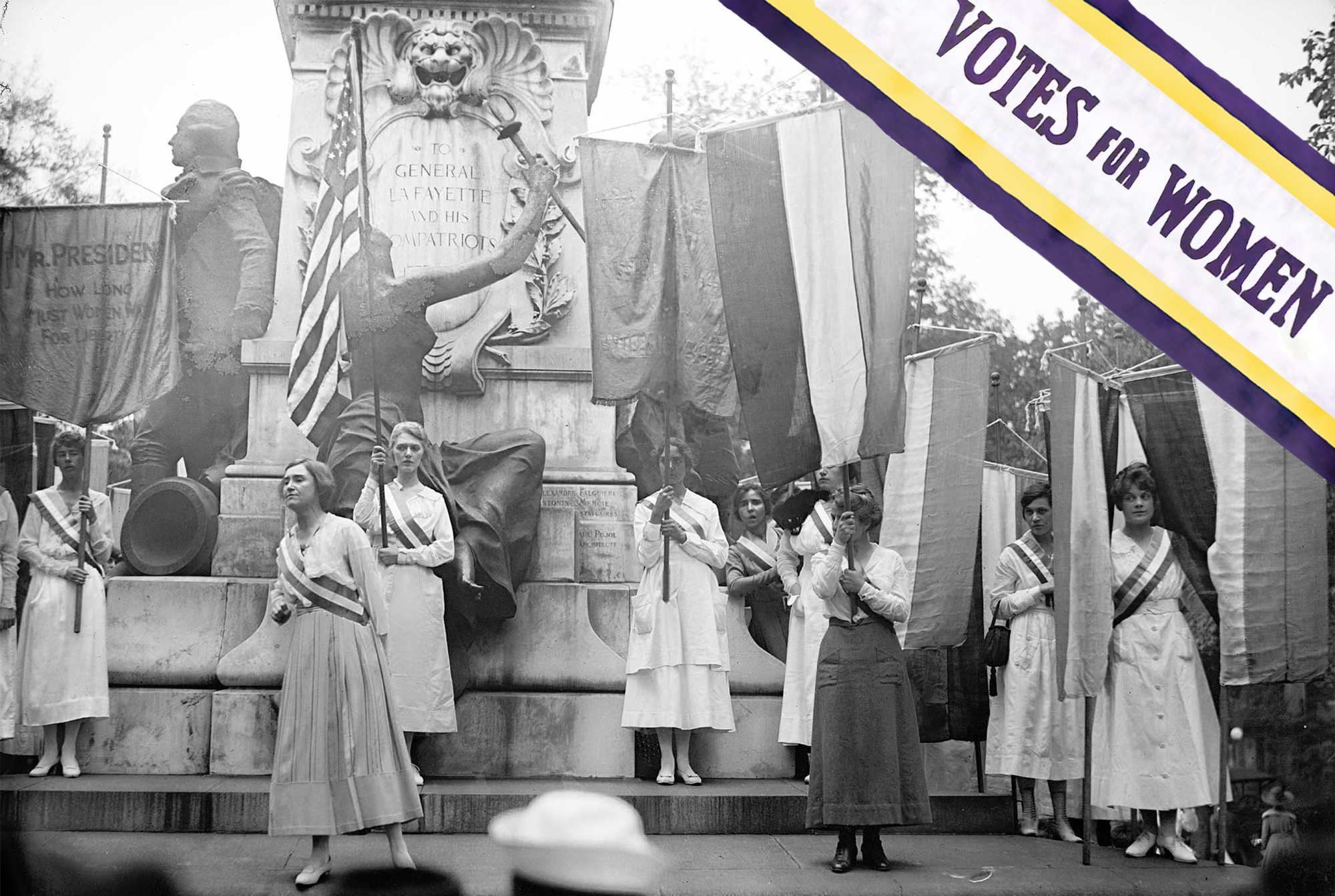 The Fight for Women’s Suffrage

While Oklahoma was a territory, only four states allowed women to vote: Wyoming, Colorado, Utah, and Idaho. With the ability to decide their own voter qualifications, the 1890 Oklahoma Territorial Legislature determined that women could vote in school elections and would be eligible to hold public offices anywhere outside of first class cities, which had populations of 2,500 or more. However, women were not otherwise considered “qualified voters.” The introduction of a bill granting equal suffrage, put forth by Robert J. Barker of Logan County, quickly failed.

Equal suffrage continued to be brought up in the Territorial Legislature as time passed. In 1897, a measure for suffrage passed the House but died in the Council. Just before the 1898 legislative session, the National American Woman Suffrage Association sent Carrie Chapman Catt to organize and try to push suffrage through the session. She spoke in front of the House and Council Election Committees and legislators began receiving petitions of support from various territory towns. James P. Gandy of Woods County introduced House Bill 41, “An Act Defining the Rights of Women” on January 16, 1899. However, much like earlier suffrage measures introduced in the legislature, this proposal did not survive the Council. Nevertheless, women persisted, becoming active in politics and slowly running for county offices. The Woman Suffrage Association of Oklahoma and Indian Territory was established in 1904. By 1906, the question of female voting was pushed forward in territorial politics once again. 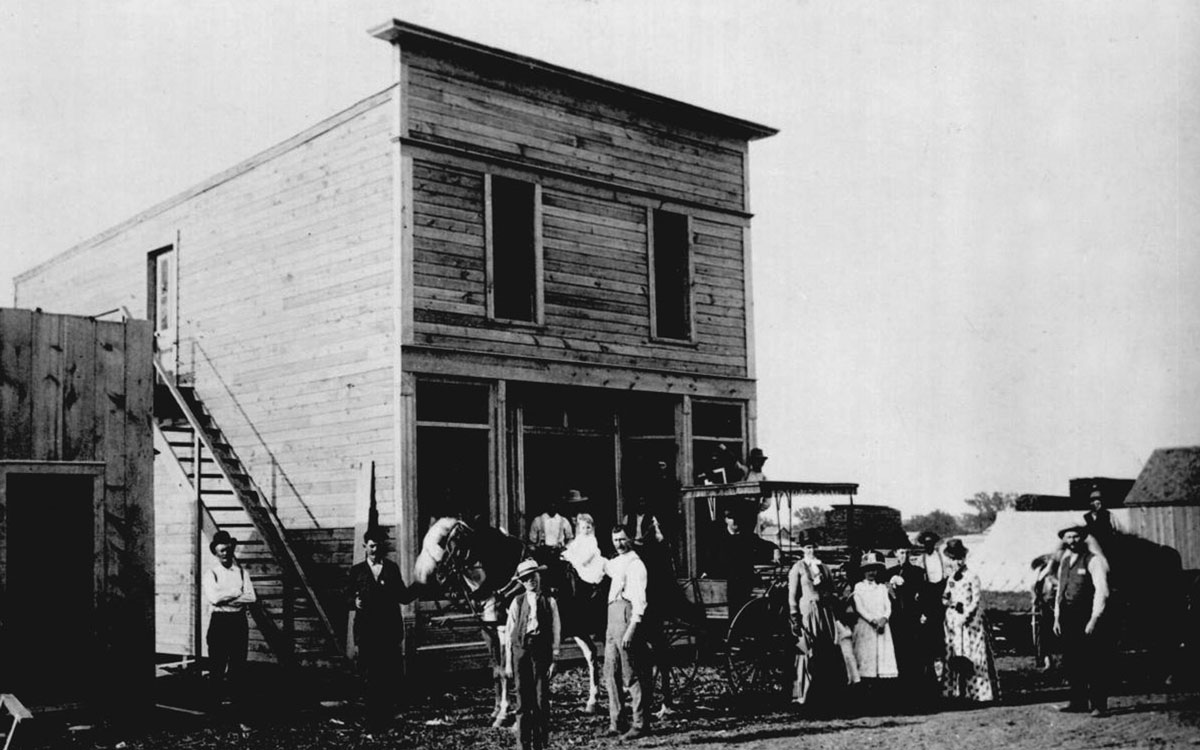 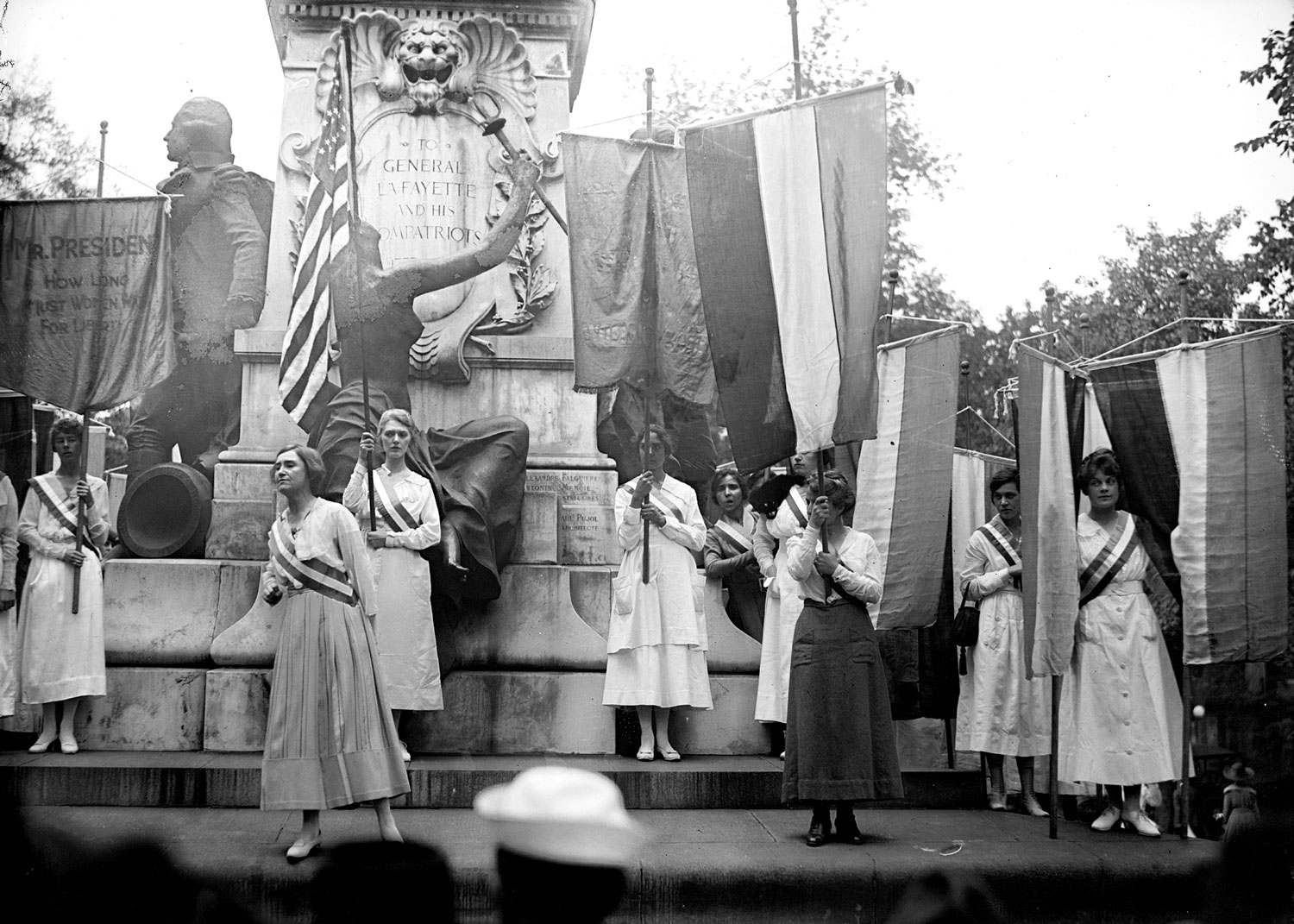 Suffragettes in Washington, DC, 1918 (photograph courtesy of the Library of Congress)

After suffrage failed in the 1897 Oklahoma Territorial Legislature, the National American Woman Suffrage Association and other groups continued organization efforts across Oklahoma Territory. In December 1904, a series of conferences were held and a convention with delegates from both Indian and Oklahoma Territories convened in Oklahoma City. Over the next several years, the movement gained support from clubs and citizens across the state, including state labor and press associations and from civilians such as Robert L. Owen, a renowned Muskogee lawyer.

The right of women to vote was put before the Oklahoma Constitutional Convention in Guthrie in 1906 and was met with heated debate. However, suffrage ultimately failed. Though petitions from across the territories were sent to delegates and advocates spoke on the convention floor, there was fear among opponents that granting women the vote would open the door for black voters and would undermine the female homemaker role. This fear was too much for the suffragists to contend with. The convention did vote to continue allowing women to vote in school elections as well as the opportunity for women to hold county offices. However, the delegates added a stipulation to the Oklahoma Constitution that stated that all future amendments required a majority of all election day voters to pass the amendment, rather than a majority of those voting on the amendment. This made it difficult as all voters did not always vote on every issue. Future amendments would have to overcome this steep hurdle to be added to the constitution.

By the 1909 legislative session, W. B. Anthony of Stephens County introduced a measure to add that “no one shall be denied the right to vote on account of sex” to the state constitution. His measure failed. Petitions of support were sent to legislators arguing for a suffrage amendment to be placed on the general election ballot. One such petition garnered enough signatures for the initiative to be put on the ballot, and though it was contested and challenged by several state legislators, the Oklahoma Supreme Court ruled that the petition’s suffrage initiative would be put to vote in the general election. Despite the groundswell of support and the efforts of suffragists statewide, the suffrage question lost by approximately 40,000 votes. 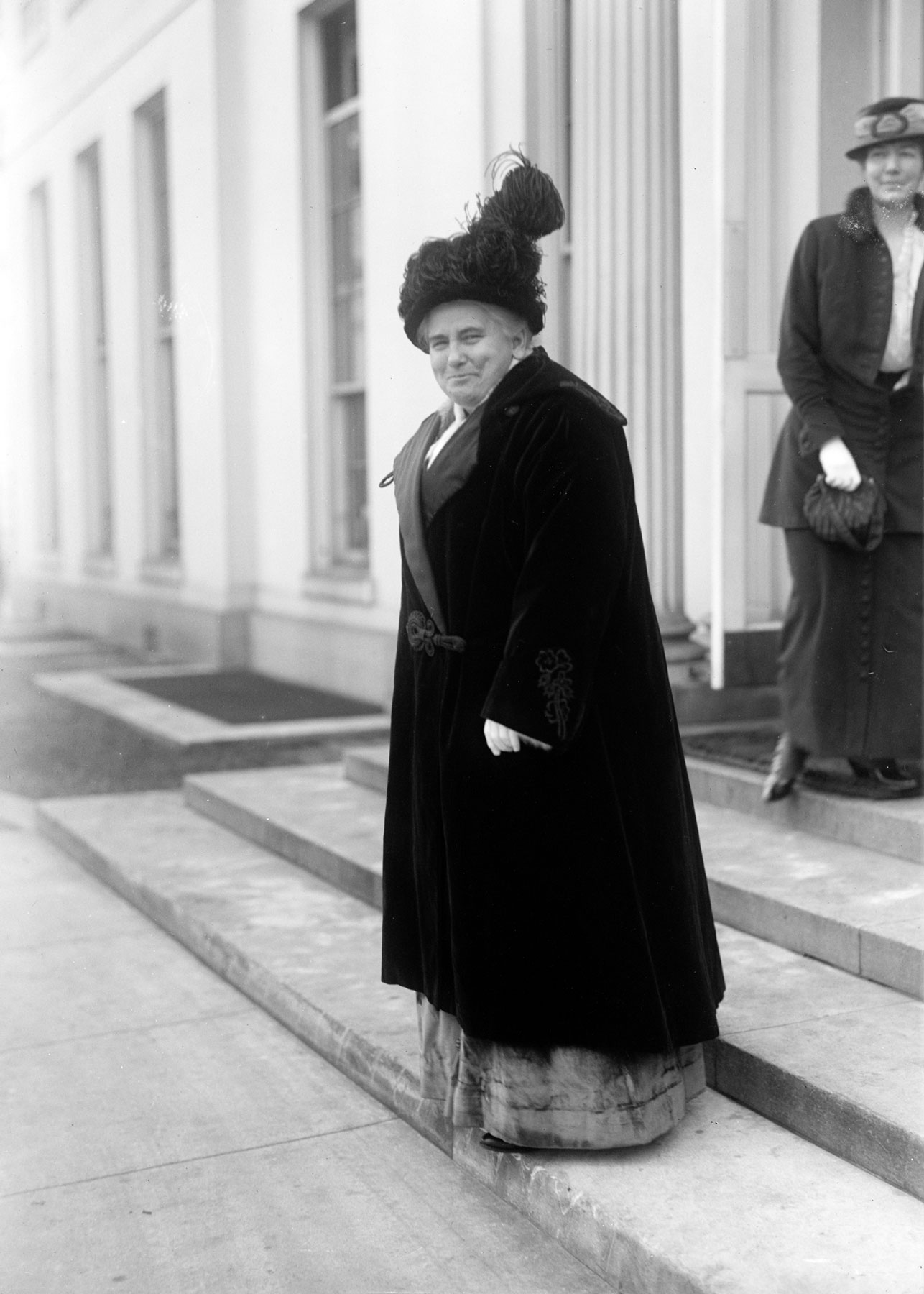 Anna Howard Shaw, the president of the National American Woman Suffrage Association, once read a letter from Susan B. Anthony at a suffrage convention in Oklahoma City, 1904 (photograph courtesy of the Library of Congress)

Women Gain the Right to Vote

Slowly, support for suffrage, both across the state and nationally, overtook the majority among the population. This change was influenced in part by shifting attitudes about gender due to the impact of World War I and the increased role of women in the work force. The failure of the female vote to dramatically alter society in states where suffrage was already legalized also contributed to the pendulum swing in suffrage’s favor.

In 1915, equal suffrage was not brought up in the regular session of the Oklahoma Legislature. Though an amendment passed the House during the 1916 extraordinary session, the Senate choose not to take up the issue. At this time, many legislators were concerned with getting a “Grandfather Clause” or literacy test on the ballot, meant to keep African Americans from voting. They feared that adding a women’s suffrage amendment would distract or confuse voters at the polls. Even without suffrage, the literacy test amendment failed.

By 1917, most legislators were favorable toward introducing the option of suffrage at the general election. Before the measure passed, however, there was a failed attempt to once again pass the literacy test, this time by putting it on the back of female voting rights and riding the increased popularity of the female cause. On March 16, 1917, the legislature finally voted for a clean suffrage amendment to be voted in the general election in November 1918.

There was much debate and campaigning by the suffragists and antisuffrage opposition in the months leading up to the election. The National American Woman Suffrage Association spent nearly $20,000 to support the amendment and fight off various political leaders and groups such as the National Anti-Suffrage Association. These groups campaigned on ideas that linked suffrage to increased divorce rates and by placing the pro-suffrage movement side by side with socialists and the black vote. Despite the efforts of some state election officials to rig the vote by not printing enough ballots or by failing to attach the constitutional questions to regular ballots, on November 5, 1918, the suffrage amendment to the Oklahoma Constitution was ratified by a vote of 106,909 to 81,481. Oklahoma joined the minority of states with legalized suffrage. Equal suffrage nationwide for white women was not granted until 1920 with the passage of the 19th Amendment to the US Constitution. Black women did not get full voting rights until the Voting Rights Act of 1965. Oklahoma women continued to fight until 1942 to be granted the ability to hold state executive offices. The granting of this right ended the battle for full female suffrage within the state. 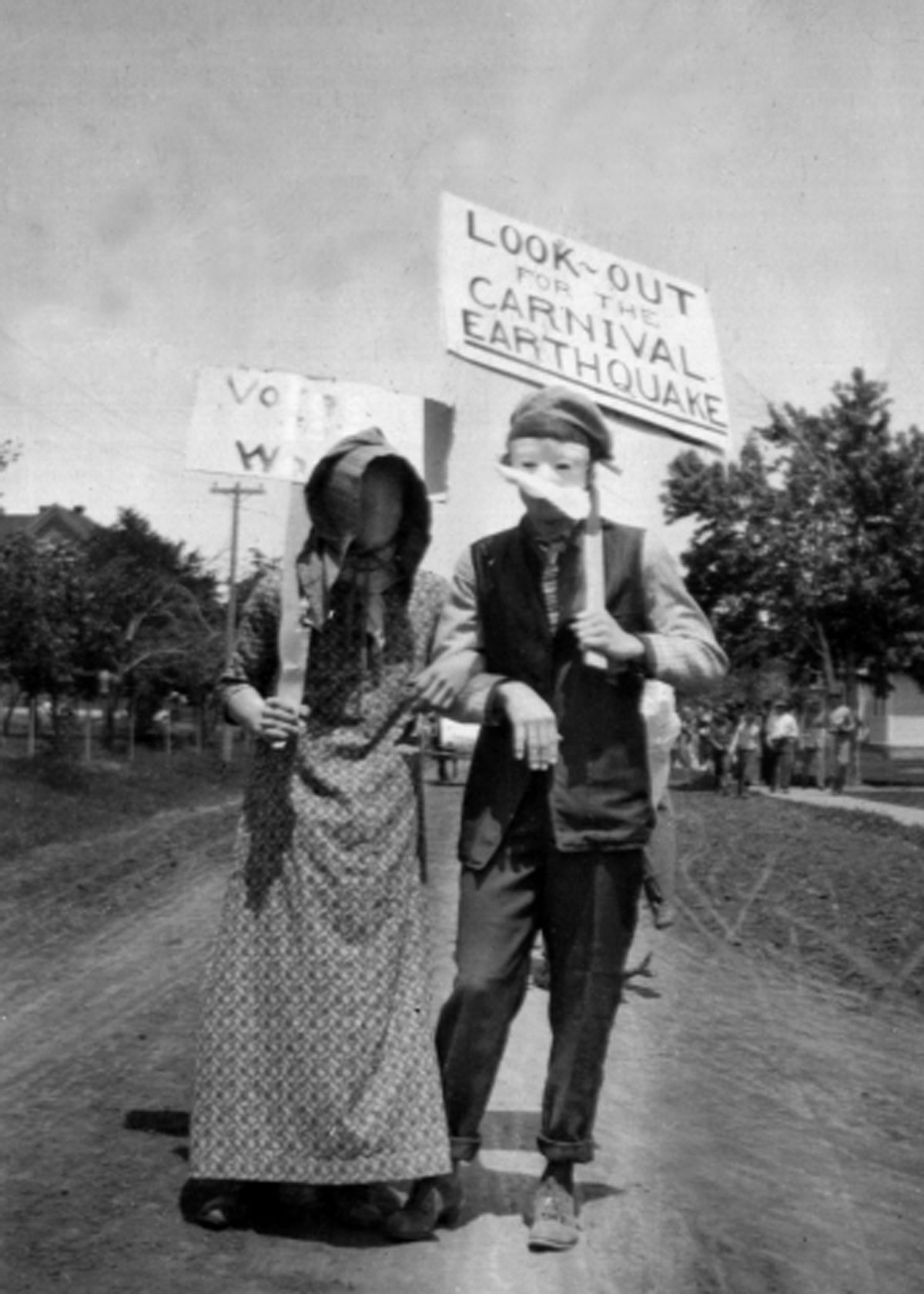 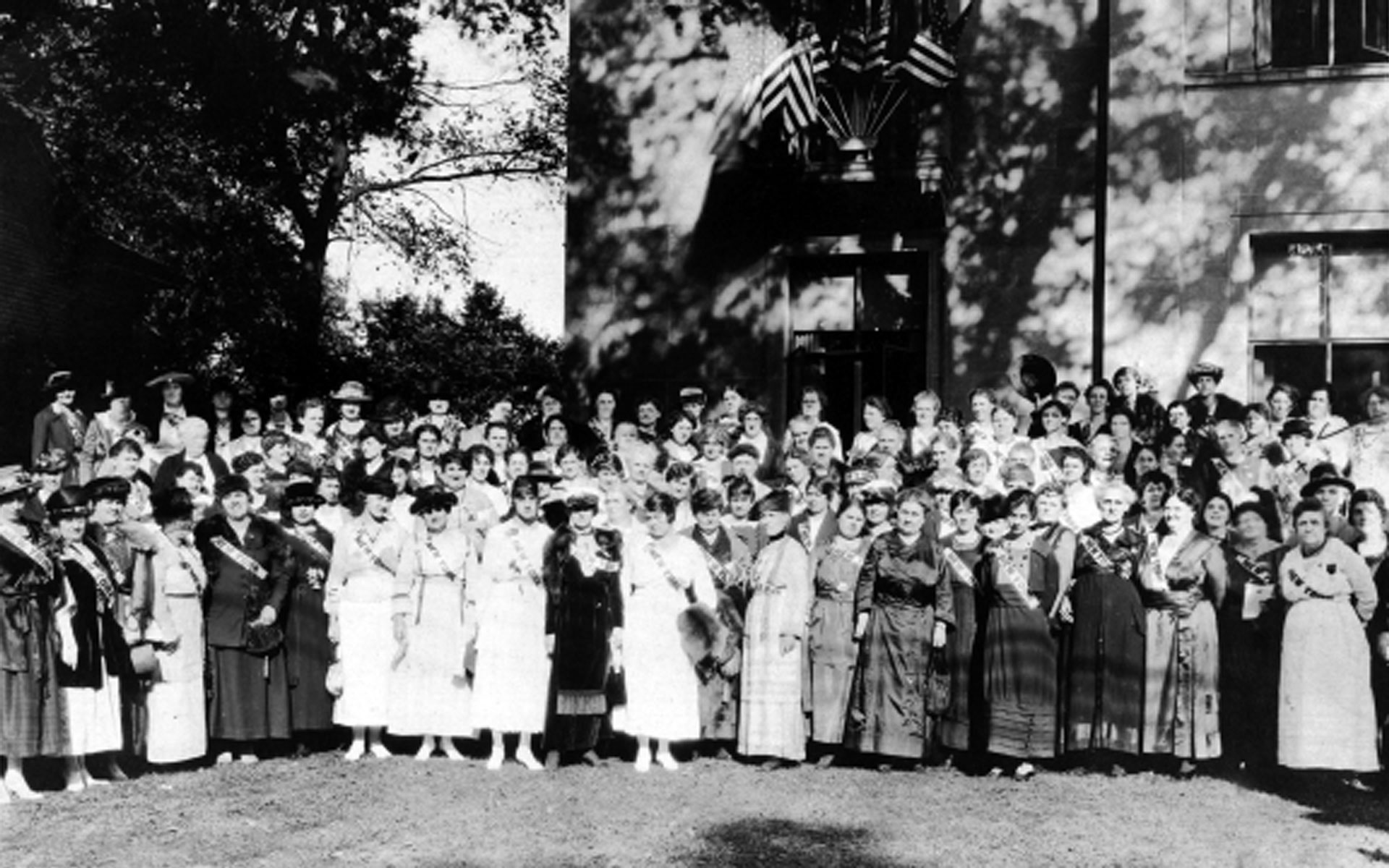 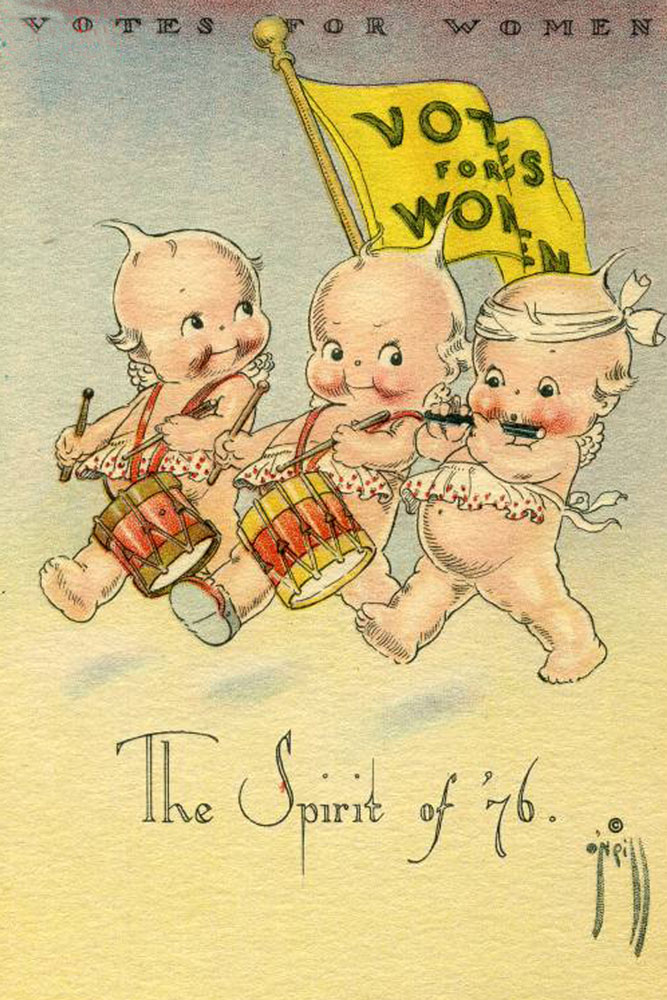 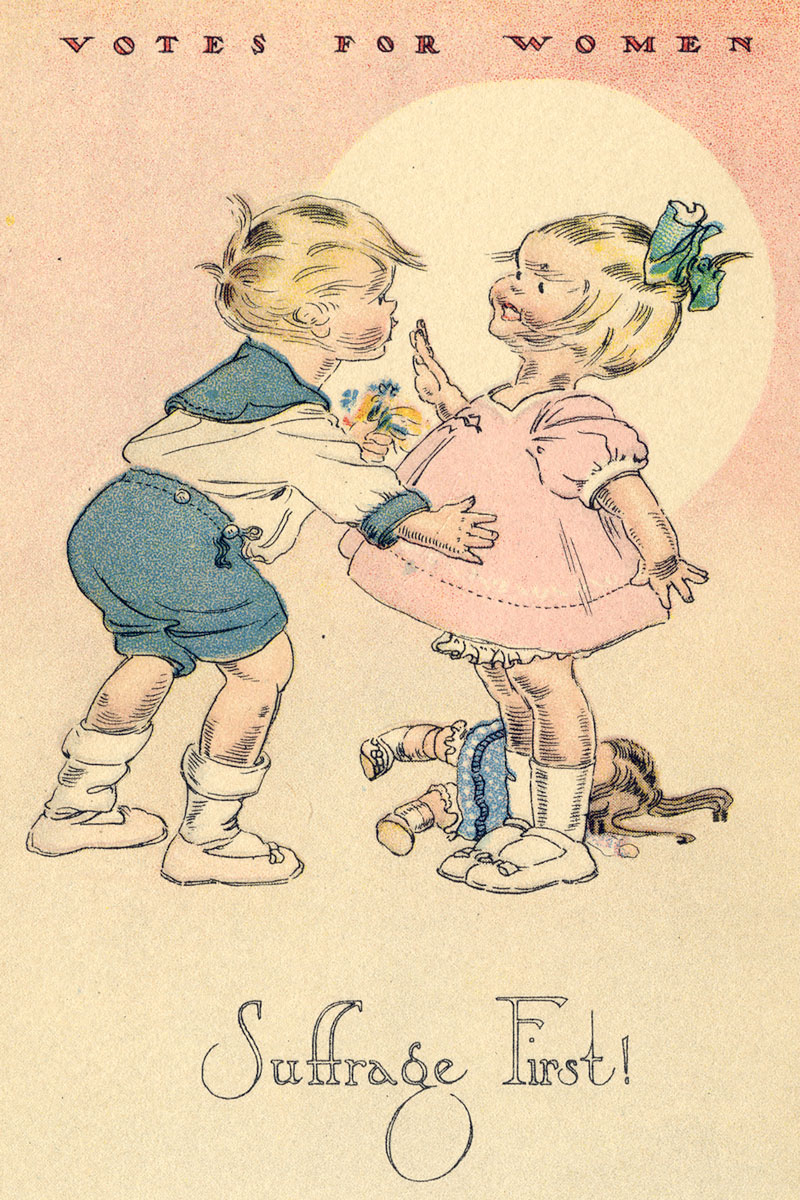 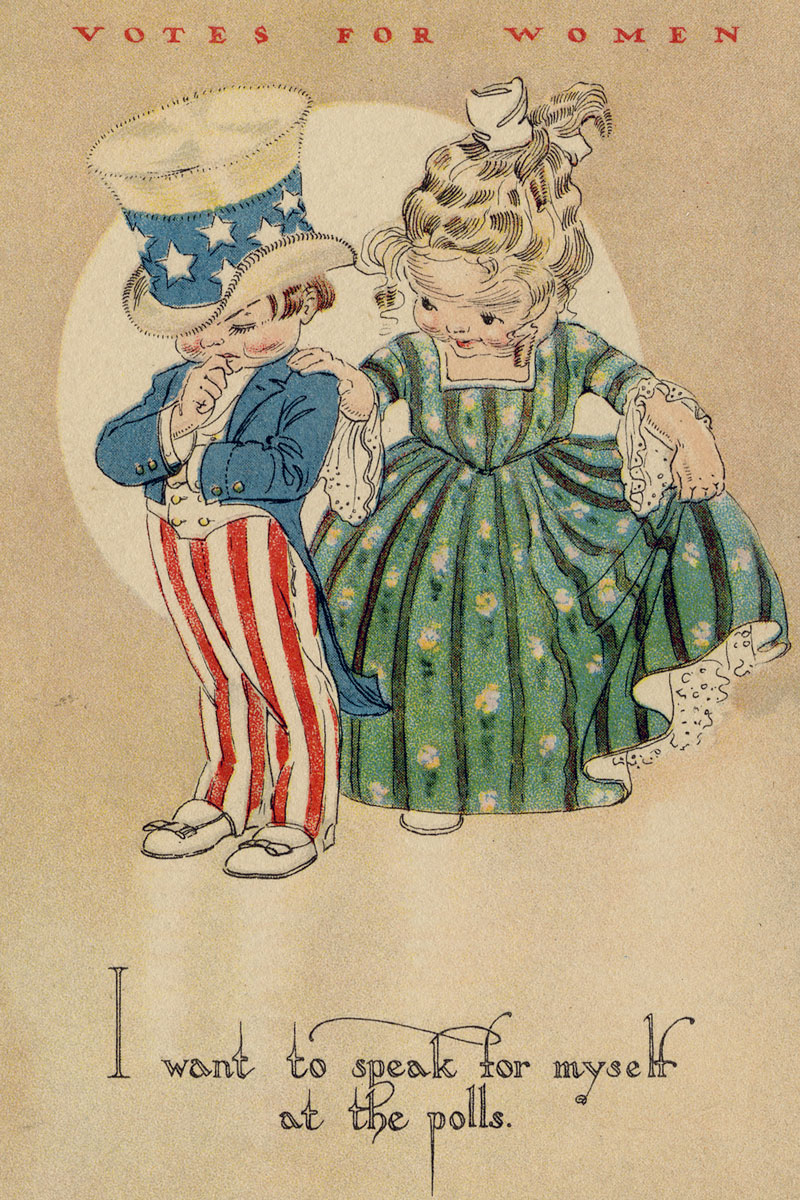