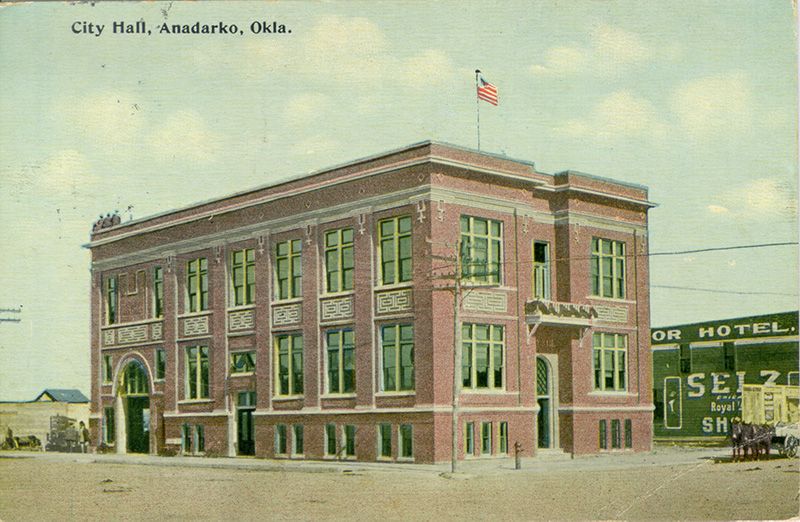 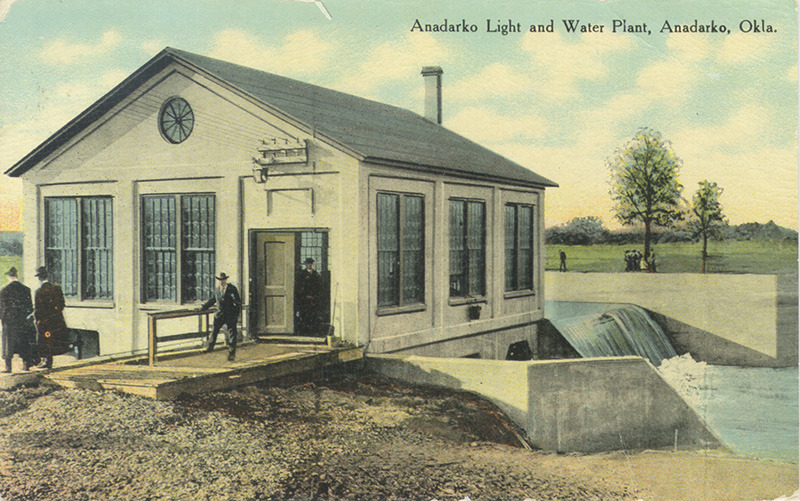 Anadarko, the county seat of Caddo County, lies along the south bank of the Washita River in the south-central portion of the county. It is situated eighteen miles west of Chickasha at the intersection of U.S. Highway 62/State Highway 9 and U.S. Highway 281/State Highway 8. It is served by the Union Pacific Railway, originally the Chicago, Rock Island and Pacific Railway. The town acquired its name when the post office was established in 1873. Most agree that the designation came from the Nadarko (Nadaco) Indians, a branch of the Caddo, with the "A" added by clerical error.

Destroyed during the Civil War, the Wichita Agency was reestablished in 1871 on the north side of the Washita River to administer the affairs of the Wichita, Caddo, and other tribes. In 1878 this agency was consolidated with Fort Sill's Kiowa-Comanche Agency. A subsequent move was made into buildings located south of the Washita on the present Anadarko townsite. Also significant during those years was the establishment of schools for American Indian children by the Quaker Indian agents and by Methodist, Presbyterian, and Catholic missionaries.

After the Comanche, Kiowa, and Apache Reservation was allotted, the surplus lands were opened to settlement. Lotteries were held for homesteads, and town lots were auctioned. Approximately five thousand prospective buyers were living in what was called "Rag Town" on the east edge of Anadarko by August 6, 1901, the designated auction date. The sale of the 1,129 lots brought in more than $286,000. Although some twenty thousand were present for opening day, the population dwindled to 2,190 in 1907. The census figures rose to 3,439 in 1910. After a loss to 3,116 in 1920 the population steadily increased to 6,184 1950, 6,299 in 1960, and 6,682 in 1970, and it stayed around that number for several decades.

Agriculture has been Anadarko's economic mainstay. The fertile Washita River valley is good for both crops and livestock. In 1923 eighty railroad cars of corn, seventy-nine of cattle, and fifty-nine of hogs were shipped out of town. In 1927 the local cotton gins handled over fifty-five thousand bales, and the cotton oil mill crushed nineteen thousand tons of cottonseed. By 1950 peanuts, wheat, and alfalfa had become the major crops. The cotton oil mill became the Golden Peanut Company. The number of Anadarko's retail stores peaked at mid-century. In 1951 ten dealers sold new cars. Western Farmers Electric Cooperative began generating electricity in 1950, and Sequoyah Carpet Mills was productive from 1973 until 2000.

Indian affairs have provided the second major support for Anadarko's economy. Several office buildings and residences for employees were built before 1930 in what came to be called "Old Town." The completion of a post office and Kiowa Indian Agency buildings in 1936 provided additional office space. By the early 1940s there were 116 agency employees. In 2000 the Bureau of Indian Affairs, Indian Health Service, and various tribal offices employed 540 people.

Anadarko is a certified city with a council/manager form of government. Tourist attractions include the annual American Indian Exposition, Indian City USA, and three museums and art galleries highlighting the works of local artists. The Anadarko Downtown Historic District (NR 82005385) and the Anadarko National Guard Armory (NR 94000479) are listed in the National Register of Historic Places. The town recorded a peak population of 6,682 in 1970. The census reported 6,645 in 2000 and 6,762 in 2010.

The following (as per The Chicago Manual of Style, 17th edition) is the preferred citation for articles:
Carolyn Riffel and Betty Bell, “Anadarko (town),” The Encyclopedia of Oklahoma History and Culture, https://www.okhistory.org/publications/enc/entry.php?entry=AN002.