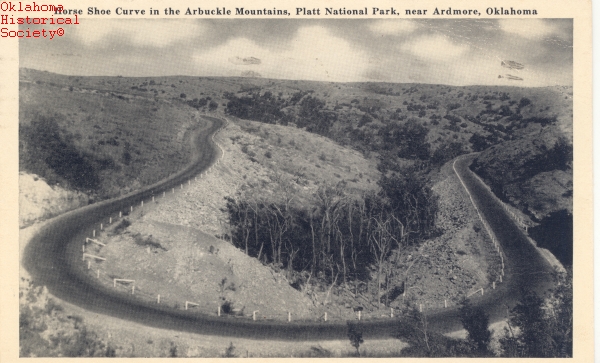 Matthew Arbuckle was a professional soldier assigned to the Indian Territory frontier from 1822 until his death in 1851. The second of four sons of Matthew and Frances Hunter Arbuckle, he was born on December 28, 1778, in Greenbrier County, Virginia. His father distinguished himself in the battle at Point Pleasant in Lord Dunmore's War (1774) and later in the American Revolution. Little is known of Arbuckle's childhood, but military records indicate that he was commissioned a second lieutenant in the Third Infantry Regiment on March 3, 1799. His early military career is equally obscure. Advanced to first lieutenant within eight months, he was transferred to the Second Infantry Regiment in 1802, promoted to captain in 1806, and returned to the Third Infantry Regiment as a major in 1812.

His regiment was assigned to posts in the South during the War of 1812. In 1814, promoted to lieutenant colonel, he became the unit's second-ranking officer. One account places him as an aide on the staff of Maj. Gen. Andrew Jackson at the Battle of New Orleans. Arbuckle and the Third Infantry remained in the South under Jackson's command after the war. In November 1817, during the opening phase of Jackson's First Seminole War, Arbuckle led a "successful expedition against the Fowltown Indians" in southern Georgia.

In 1820 Arbuckle was promoted to colonel and given command of the Seventh Infantry Regiment. The next year he led four of its companies to reinforce Fort Smith on the Arkansas River. In 1824 he moved the regiment farther west, establishing Cantonments (later Forts) Gibson and Towson, the first U.S. military outposts in present Oklahoma. As commander at Fort Gibson he was responsible for maintaining peace among the indigenous and immigrating Indians as well as for constructing facilities and roads. After ten years of "faithful service" as a colonel, in 1830 he was breveted to the rank of brigadier general.

In 1834, on the eve of the Dodge-Leavenworth Expedition onto the southern plains, Gen. Henry Leavenworth replaced Arbuckle as regional commander. After twelve years on the frontier Arbuckle returned to Virginia. He had believed that he had departed Fort Gibson for good, but Leavenworth's death left the post without a commander until Arbuckle was ordered to return. Despite the temporary loss of most of his troops to Fort Jesup during the Texas Revolution, he maintained order as the pace of Indian removal accelerated. By the end of the 1830s the relocation of the southeastern Indians was largely complete, but internal dissension threatened to ignite civil war within several tribes. Nonetheless, in 1841, when he left Fort Gibson permanently, he was able to report, "I have maintained peace on this frontier."

Arbuckle was transferred to Baton Rouge to head a military district that included no troops of the line. Although one of the army's highest ranking officers, he played no significant role in the Mexican War, but in 1848 he was reassigned to Fort Smith as commander of the newly created Seventh Military District. The following year his troops accompanied gold seekers bound to California along a route he selected south of the Canadian River. That same year, long-time rival Zachary Taylor became president of the United States and urged the War Department to abandon Fort Smith, a proposal Arbuckle opposed. Taylor died before plans to relinquish the post had been implemented, and the War Department redesignated it as headquarters of the Seventh Military District and restored Arbuckle to command. He was making plans to protect Americans traveling to California when a cholera epidemic swept the region, claiming many lives, including that of Arbuckle, who died on June 11, 1851.

Just before his death, to protect the California Road troops under Arbuckle's command established an outpost on Wildhorse Creek, four miles above the Washita River in present Garvin County, Oklahoma. Subsequently, the post was named Fort Arbuckle in his honor. Although the fort was abandoned in 1870, the name had been transferred to the nearby hills, which are still known as the Arbuckle Mountains.

The following (as per The Chicago Manual of Style, 17th edition) is the preferred citation for articles:
Brad Agnew, “Arbuckle, Matthew,” The Encyclopedia of Oklahoma History and Culture, https://www.okhistory.org/publications/enc/entry.php?entry=AR003.