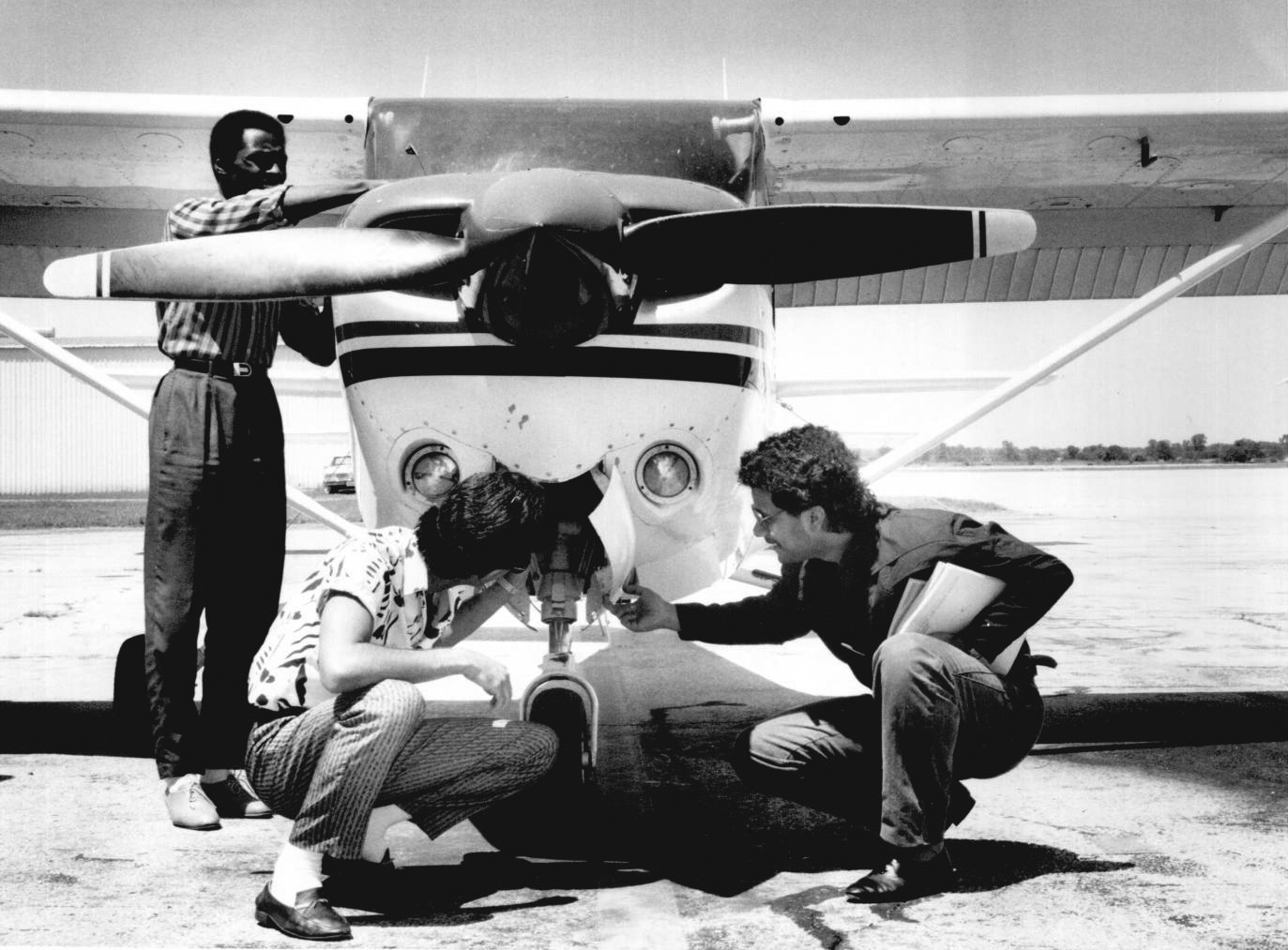 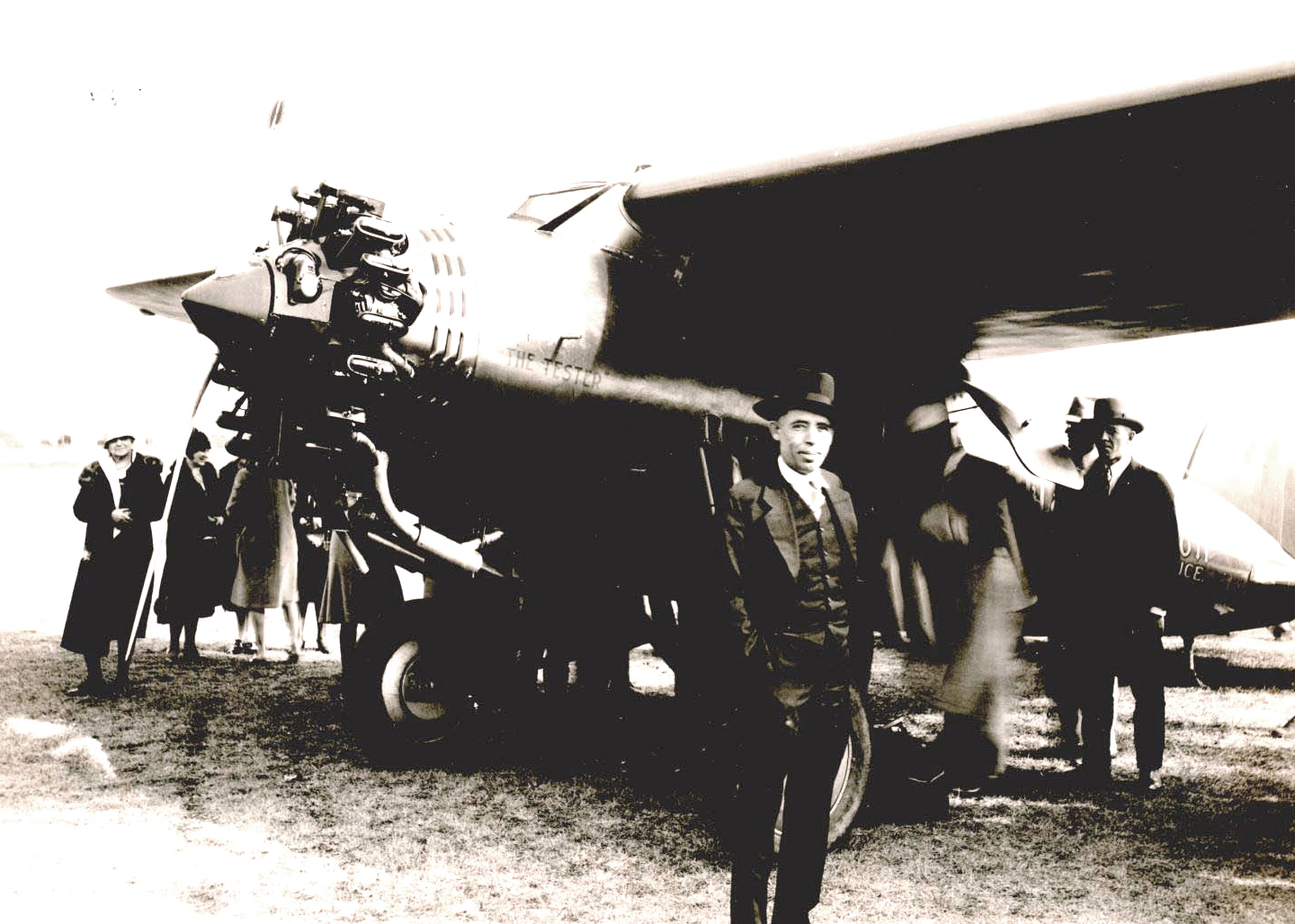 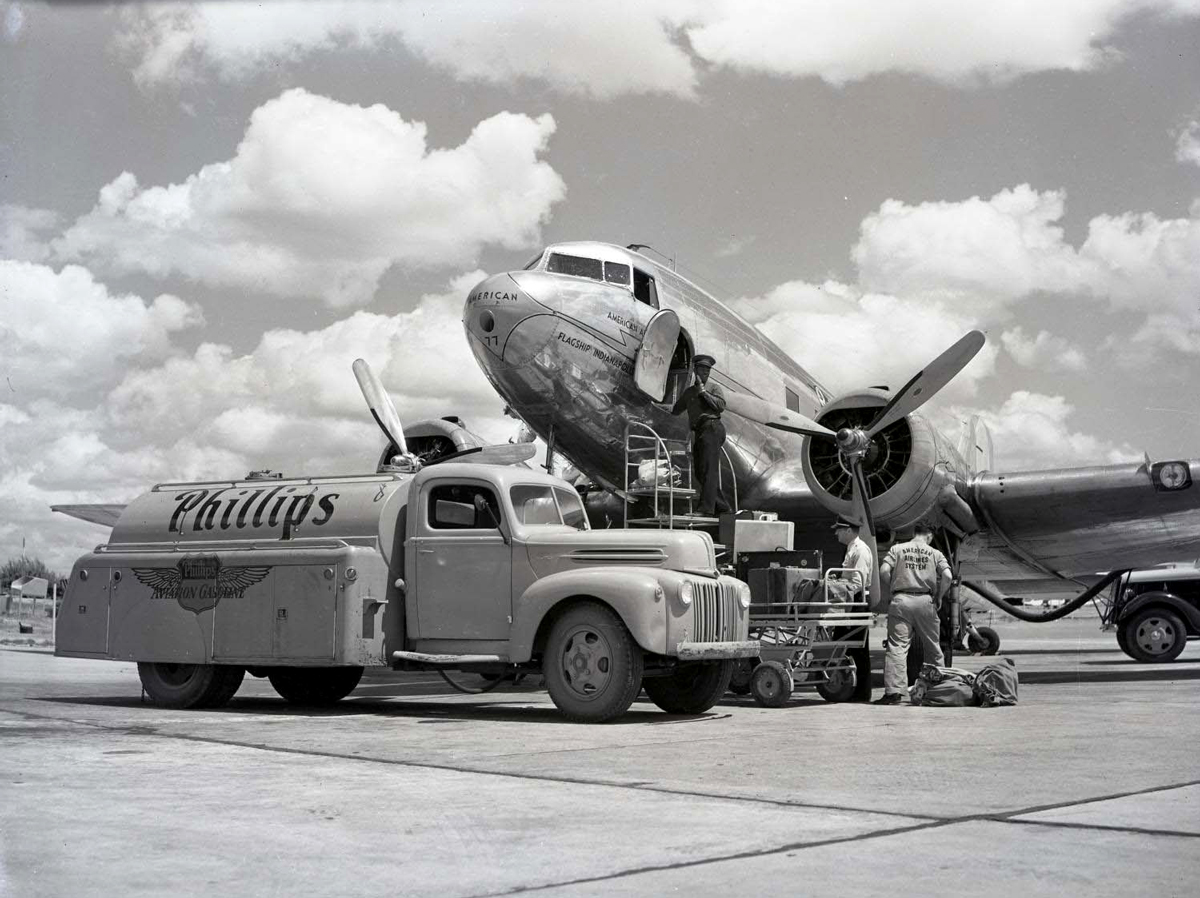 Powered flight came to Oklahoma on March 18, 1910, just two and one-half years after statehood and six years after the Wright Brothers' first flight at Kitty Hawk, North Carolina. On that spring day, traveling show pilot Charles Willard flew an exhibition with a Curtiss Pusher airplane, attaining an altitude of three hundred to four hundred feet at a speed of thirty miles per hour. The flight took place near present Capitol Hill High School in south Oklahoma City. After that, barnstormers, air shows, and fundraisers brought aviation to small and large Oklahoma towns alike.

World War I (1914–18) was the first conflict to have significant air power as part of the fighting. In 1915 the U.S. Army at Fort Sill near Lawton, Oklahoma, received a squadron of Curtiss biplanes for pilot training. As part of their work, pilots flew to various grass airstrips, one of which was located near the Oklahoma Capitol in Oklahoma City. In Europe William Ponder of Mangum, Oklahoma, served as a pilot for France and then for the United States after the nation entered the war in April 1917. For shooting down more than five enemy planes, he became an "ace."

In postwar Oklahoma the returning veterans, with their recently acquired flying skills, created a new industry, "aviation." Movers and shakers like Stanley Draper, Oklahoma City Chamber of Commerce director, encouraged the industry. Draper created an aviation committee in 1919 and established the city's first airport near the present intersection of Southeast Eighty-ninth Street and Shields Boulevard. A few years later he helped establish a more modern city airport near Southwest Twenty-ninth Street and May Avenue and present Woodson Park. Tulsans created an airport site in 1919.

Air transport flourished in the 1920s. "Airmail" service arrived in Tulsa and Oklahoma City, providing solid support for the airports and putting the cities on the map. On May 12, 1926, Oklahoma City kicked off its airmail enterprise with a special ceremony. In 1928 Paul and Tom Braniff began an airline with service between Tulsa and Oklahoma City, later expanding across the country and eventually to South America. In 1929 Erle P. Halliburton used funds earned from his Halliburton Oil Company in Duncan, Oklahoma, to start his own airline, called SAFEWAY. About the same time, Transcontinental Air Transport (TAT) established a stop at Waynoka, Oklahoma, as part of their route across the nation. TAT combined air and rail to move people from coast to coast in forty-eight hours.

Aviation manufacturing also developed after the war. Earlier, in 1911 Clyde Cessna, working out of Enid, Oklahoma, had tested his aircraft designs at the Great Salt Plains northwest of Enid. In 1927 businessman Sam Coffman opened Coffman Monoplane, Inc., and began to build his monoplanes on the south side of Oklahoma City. In 1928 William G. Skelly opened Spartan Aircraft Company in Tulsa. The pace of development affected the petroleum industry as well. Phillips Petroleum and Skelly Oil began producing high-grade aviation fuel in the state.

Beginning in the 1920s an increasing number of individuals became airplane pilots. In 1928 Tulsa's Spartan Aircraft began operating the Spartan School of Aeronautics (now Spartan College of Aeronautics and Technology) in Tulsa to provide pilot instruction. The Oklahoma Aeronautics Commission, established in 1931, began issuing pilot's licenses that year. Also that year Oklahoma pilot Wiley Post flew with his navigator, Harold Gatty, around the world in a record eight days and sixteen hours. Post would beat that record in a solo performance just two years later. In 1932 Oklahoma pilots Thomas Cox Allen and James Herman Banning became the first African Americans to complete a transcontinental flight. Aviation could be dangerous and sometimes brought tragedy. On August 15, 1935, Wiley Post and Oklahoma's patron saint of aviation, Will Rogers, were killed in an airplane crash near Point Barrow, Alaska.

Transportation facilities continued to improve in the 1930s. Tulsa built a new airport in 1929. On May 13–14, 1933, a ceremony opened a new Oklahoma City airport in its present location near Southwest Fifty-fourth Street and Meridian Avenue. Construction had been funded by a $600,000 bond issue. Smaller towns and cities such as Guthrie and Bartlesville also built small airports.

As World War II (1939–45) proceeded in Europe and around the world, the U.S. Army began to build airfields across the state. In January 1942, a month after the Japanese attacked Pearl Harbor, two Douglas Aircraft officials arrived in Oklahoma City to inspect sites for an aircraft plant. A few days later three military officers arrived and selected the site for Midwest Air Depot, later known as Tinker Field (present Tinker Air Force Base). A similar story occurred in Tulsa where officials located a Douglas Plant at the Tulsa Airport. Airfields around the state included Ardmore, Yukon, Altus, Enid, and Clinton-Sherman. Will Rogers Army Airfield was built at the Oklahoma City airport, and the runways were turned over to the military. In Norman, Oklahoma, the U.S. Navy located a naval air base. Facilities appeared on the north side of town at the present location of Max Westheimer Airport and on the south side near the present Lloyd Noble Center.

After the war many of these sites became city- or state-owned facilities. The army's airfield at the Oklahoma City airport became the Civil Aeronautics Center and is now the Federal Aviation Administration's Mike Monroney Aeronautical Center. Thus, in the first half of the twentieth century, aviation in Oklahoma progressed from that first tentative flight of Charles Willard to a solid aviation industry with a bright future.

The following (as per The Chicago Manual of Style, 17th edition) is the preferred citation for articles:
Bill Moore, “Aviation,” The Encyclopedia of Oklahoma History and Culture, https://www.okhistory.org/publications/enc/entry.php?entry=AV005.