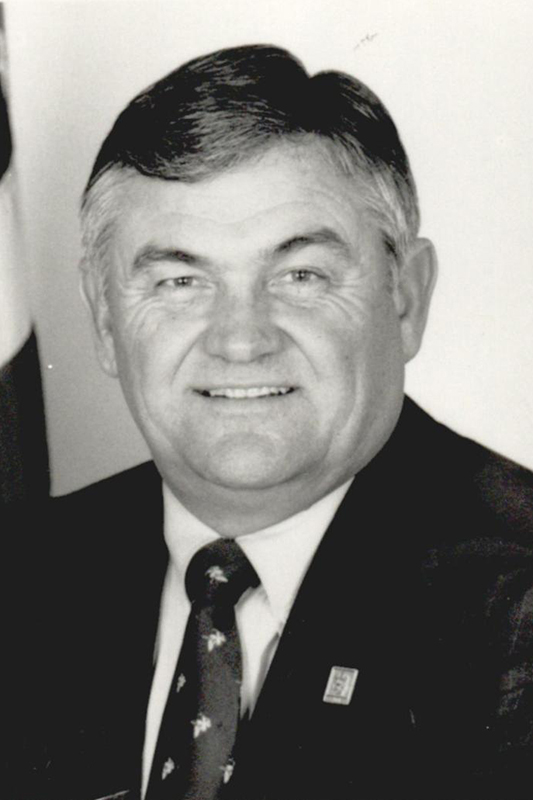 Born in Ardmore, Oklahoma, on November 8, 1941, U.S. Rep. Billy Kent "Bill" Brewster was the son of Grady O. and Rachel Mayo Brewster. A graduate of the Petrolia, Texas, high school, Brewster returned to Oklahoma to attend Southwestern State College in Weatherford, and he received a bachelor of science in pharmacy in 1964. While in college, he married Mary Sue "Suzie" Nelson. The couple had three children, Balynda Karel, Betsy Kecia, and Bradley Kent. Following college graduation, Brewster went to Colleyville, Texas, where he owned and operated the Colleyville Drug until 1977. In 1968 he also began a career as a cattleman when he started Brewster Angus Farms.

Brewster again returned to Oklahoma in the late 1970s and settled in Marietta. In 1982 he successfully campaigned for the Oklahoma House of Representatives. A member of the Oklahoma Legislature for four terms, he promoted business and energy issues. In addition, he chaired the Committee on Energy of the National Conference of State Legislatures.

A Democrat, Brewster launched a campaign for the Third District congressional seat being vacated by longtime congressman Wes Watkins in 1990. Tragically, on the day their father officially announced his candidacy, Kecia and Kent Brewster were killed in an airplane crash. Three weeks after their deaths, Brewster reaffirmed his plans to run for Congress. Following a hard-fought campaign against Lt. Gov. Robert S. Kerr III, Brewster secured 51 percent of the vote in the primary. In November 1990 he won the first of three terms in the U.S. House.

While in Congress, Brewster served on various committees, including Public Works and Transportation, Veterans' Affairs, Ways and Means, and Transportation and Infrastructure. As a center-right Democrat, the congressman early on developed a reputation as one whose vote could be pursued and won. A staunch supporter of business, he often remarked that if legislation hurt business, he would oppose it. The only registered pharmacist in the House, he brought a different perspective to the issue of higher drug prices. This expertise was especially beneficial when he served on the Hospitals and Health Care Subcommittee of the Veterans Affairs Committee. While a member of the Ways and Means Committee, Brewster often differed with the Bill Clinton White House on such issues as the crime bill, health care, and the budget. Perhaps one of his most controversial stands involved gun control. A life member of the National Rifle Association (NRA), Brewster was a strong supporter of Second Amendment rights and had a 100 percent NRA voting record. As the co-chair of the Congressional Sportsman's Caucus, the Daily Oklahoman often found himself at odds with environmental and animal rights activists, he believed wanted to end "consumptive" use of wildlife.

In 1996 Brewster decided not to seek a fourth congressional term. Shortly after he left Congress, he joined R. Duffy Wall and Associates, a Washington, D.C., lobbying firm. In 2001 he served as president and chief operating officer of this firm.

The following (as per The Chicago Manual of Style, 17th edition) is the preferred citation for articles:
Carolyn G. Hanneman, “Brewster, Billy Kent,” The Encyclopedia of Oklahoma History and Culture, https://www.okhistory.org/publications/enc/entry.php?entry=BR013.