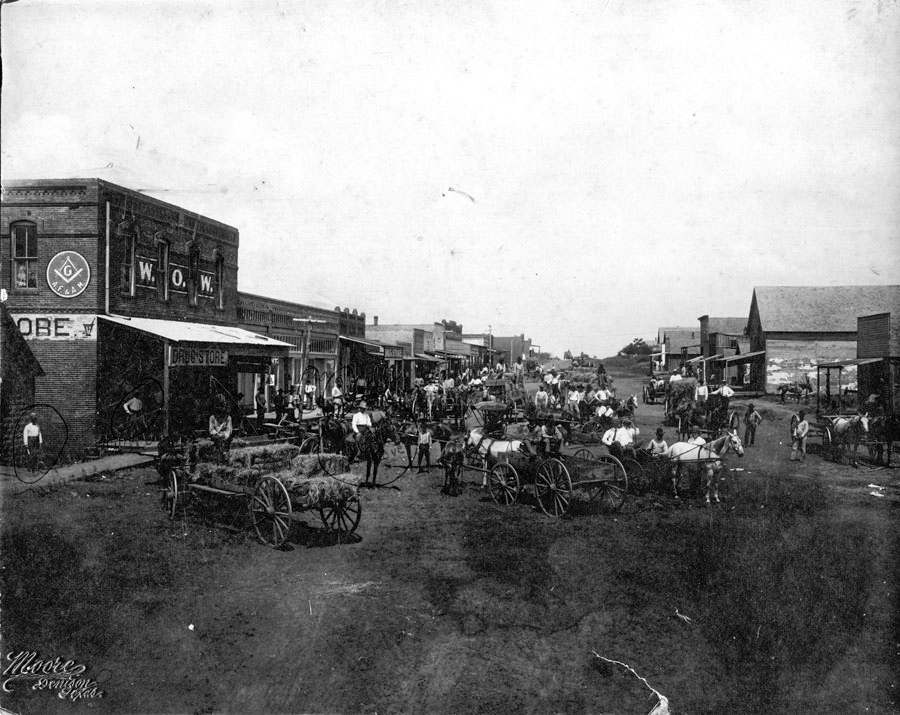 Calera is located south of Durant on U.S. Highway 69/75 in Bryan County. Originally called Cale, Indian Territory, the town was built in 1872 when the Missouri, Kansas and Texas Railway (MK&T or Katy) built through the Choctaw Nation. Named for railroad official George W. Cale, the town soon could claim to have a livery stable, a grocery, a cotton gin, and a school for local farm children. All of the buildings lay on the east side of the tracks. On November 30, 1889, the first post office was established, with John C. Womack as postmaster. Ten years later Dr. John A. Sterrett, a Troy, Ohio, entrepreneur and member of the Choctaw Townsite Commission, and Butler S. Smiser commissioned a survey for a townsite. In 1899 the town was christened Sterrett, but Katy officials refused to accept the name and referred to the site as Cale Switch or Cale. The dispute continued until the townspeople compromised on the name Calera in 1910.

By 1907 statehood the city had moved west of the tracks. Office buildings, banks, and businesses were constructed, with Main Street serving as the major road north and south to Durant and Colbert. This became Highway 69/75. A newspaper, the Sterrett Sun, served the residents. It was owned and printed by J. R. Moore. Later the Calera News, which failed in the 1920s, reported to the community. William Bondies operated one of Calera's first major industries, a prairie hay and grain business He owned scales to weigh the hay and grain being shipped on the railroad. For a number of years the area was a large national supplier of prairie hay.

The following (as per The Chicago Manual of Style, 17th edition) is the preferred citation for articles:
James C. Milligan, “Calera,” The Encyclopedia of Oklahoma History and Culture, https://www.okhistory.org/publications/enc/entry.php?entry=CA011.