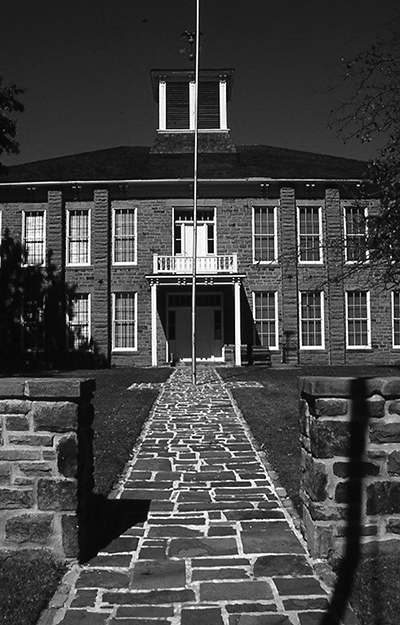 The Creek Indians are more properly called the Muscogee, alternatively spelled Mvskoke. Creek oral tradition, recorded in the eighteenth century, told a legend of migration of one group of ancestral Creeks who established a colony at the Ocmulgee site near present Macon, Georgia. From that colony grew the pivotal towns of Cusseta and Coweta, in the period of A.D. 900–1000. The historic Creek Confederacy eventually was widespread and influential. Early-twentieth-century scientists speculated that Mississippian migrants had left their homeland in the central Mississippi Valley and journeyed onto the Macon Plateau, settling at Ocmulgee before beginning their regional expansion. Archaeologists corroborated that Ocmulgee Mounds was one of the ancestral Creek residences.

After the pivotal Yamasee War (1715–16) ended, the influence of the Creek Confederacy peaked while the Upper Creek division of the Creek Nation coalesced. The emerging division of the confederacy led Upper Creeks to reside along the Tallapoosa River in northwestern Georgia. Lower Creeks lived along the Chattahoochee River and its tributaries in southeastern Alabama. Rival European desires, combined with shrewd native diplomatic and survival skills, made the Creek predominant in the region. They maintained a delicate balance of French, Spanish, and British colonial interests until the British emerged in 1763 as the sole European power. The American influence succeeded the British after 1783.

The "Red Stick War" of 1812–14 climaxed in what is known as the Battle of Horseshoe Bend, among the Upper Creeks. A punitive land cession resulted. The treaty led to increased Anglo settler pressure and to the growing prominence of William McIntosh of the Lower Creeks. The latter removed west of the Mississippi River in the 1820s. Thereafter, Opothleyahola's leadership of the Upper Creeks increased. The majority of the Creeks, along with their slaves, were removed over their Trail of Tears to a new Indian Territory, now Oklahoma, through the late 1830s.

The rebuilding of the tribe continued. Its florescence was marred by changes on the United States level that were all too familiar—land envy. Beginning in the 1880s an outburst of violence from a bloody political turmoil of resistance greeted the renewal of allotment and assimilation policies that climaxed with Oklahoma statehood in 1907. The Creeks lost more than two million acres of allotted domain. Through the late nineteenth and early twentieth centuries mainstream pressures gradually transformed many of the forty-seven tribal towns from ceremonial grounds into rural agricultural communities. Each of these centered on the Baptist Indian church, among Upper Creeks, or the Methodist Indian church, among descendants of Lower Creeks. The Oklahoma Indian Welfare Act (1936) helped establish the former Creek tribal towns of Kialegee, Thlopthlocco, and Alabama-Quassarte as sovereign nations.