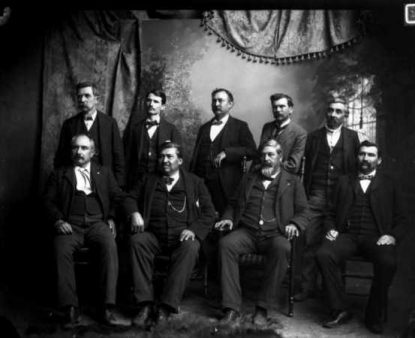 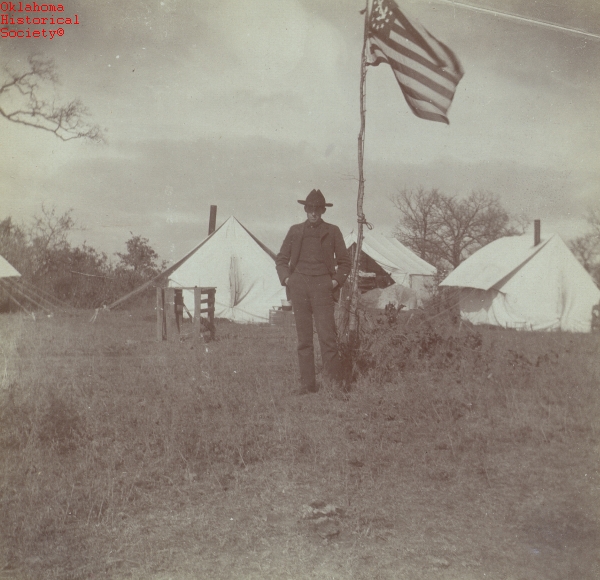 The Dawes Severalty Act (the General Allotment Act) of 1887 ushered in the allotment era. Drafted by U.S. Sen. Henry L. Dawes of Massachusetts, the act did not pertain to the Five Tribes. Therefore, on November 1, 1893, Dawes, then retired, was appointed to head a three-member commission to the Five Tribes to negotiate agreements with the leaders of the Cherokee, Choctaw, Chickasaw, Creek, and Seminole that would end tribal land ownership and give each member individual possession of a portion of the tribal lands. The Dawes Commission established its headquarters in Muskogee, Indian Territory, and its membership was expanded to five in 1895. Dawes died in 1903, and Tams Bixby replaced him as chairman, but the commission has always been called the Dawes Commission.

From 1894 to 1896 Dawes and his fellow commissioners, Meredith Helm Kidd of Indiana and Archibald S. McKennon of Arkansas, had no success convincing tribal leaders to accept the federal government's allotment policy. By 1896 congressional frustration led to passage of the first in a series of acts that increased the commission's powers and changed its character from a diplomatic mission to a judicial tribunal that decided who was eligible for tribal membership and what land they received.

Under powers granted to it by the Curtis Act of 1898, the commission processed enrollment applications of more than 250,000 people and approved more than 101,000 whose names were put on what are commonly called the "final rolls of the Five Civilized Tribes." The enrollment process was closed as of March 4, 1907, and the final rolls remained the definitive source on eligibility for each tribe's membership. In order to allot the land, the commission surveyed and appraised the 19,525,966 acres of tribal land. The persons enrolled by the commission were allotted 15,794,000 acres, with individual allotment sizes based on the appraised value. Some persons eligible for allotment received cash rather than land. The rules governing both enrollment and allotment were unique to each tribe and were contained in agreements negotiated between 1897 and 1902 and were ratified by both Congress and the tribes. Many enrollees wanted the same land, and the commission ruled on 10,952 contested allotments.

The commission reserved 125,497 acres for railroad rights-of-way, townsites, churches, schools, and cemeteries and segregated 431,080 acres of Choctaw and Chickasaw land holding coal and asphalt deposits and 1,278,753 acres containing timber. These segregated lands were leased under government supervision and eventually auctioned. After allotment was completed, 3,174,988 acres of unallotted land were sold. The commission surveyed 308 townsites and platted them into lots and blocks that were auctioned. The commission received and maintained accounts for the revenue from all these transactions and prepared, approved, and recorded patents for each tract of land. The Dawes Commission to the Five Civilized Tribes was abolished by act of Congress on August 1, 1914, and its unfinished business was transferred to the Five Civilized Tribes Agency in Muskogee, Oklahoma.

The following (as per The Chicago Manual of Style, 17th edition) is the preferred citation for articles:
Kent Carter, “Dawes Commission,” The Encyclopedia of Oklahoma History and Culture, https://www.okhistory.org/publications/enc/entry?entry=DA018.