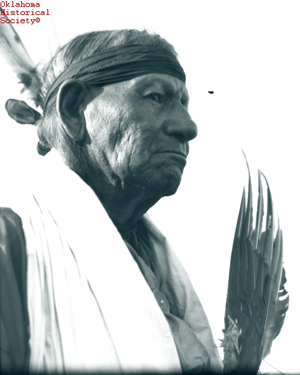 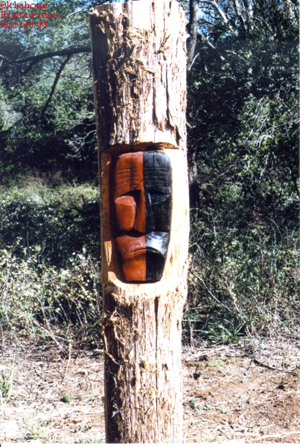 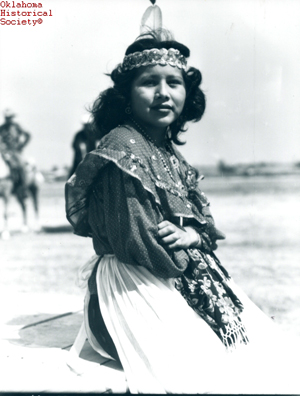 While exploring the Atlantic coast north of Jamestown in 1610, Capt. Samuel Argall came upon a bay that he named for Sir Thomas West, Third Lord De la Warr and the first governor of Virginia. The name Delaware (i.e., De la Warr) is thus an English term. As English colonists began employing the word in reference to the bay, the river, and the indigenous inhabitants of the area, it stuck. The Delaware Indians, however, referred to themselves then, and often continue to refer to themselves now, in their eastern Algonquian language as Lenape, typically translated as "original, real, ordinary, or true people."

At the time of European contact the Delaware resided between present western Connecticut and northern Delaware, along the Delaware River system. Their three traditional social divisions (Munsee, Unami, and Unalachtigo) were based on differences in location and dialect. They were not organized into a single political unit, but functioned as a collective of independent bands and villages. There was no central authority, and Delaware leaders probably governed only a few villages located in close proximity to their own. Being "Lenape" was largely derived from a common system of three matrilineal clans that cut across respective band and village affiliations, combined with participation in religious ceremonies centered around a dedicated "big house." Sedentary, the Delaware appear to have occupied their homeland for thousands of years prior to European contact. During the three centuries that followed, external encroachment led to a series of coerced dislocations. By 1900 they had resided in present Delaware, New Jersey, New York, Pennsylvania, West Virginia, Ohio, Ontario, Michigan, Indiana, Missouri, Arkansas, Louisiana, Texas, Wisconsin, Kansas, and Oklahoma.

Two groups of Delaware, referred to as "the eastern" and "the western," eventually settled in Oklahoma. The Western Delaware are sometimes called "the absentee," in reference to a split from the larger group in 1789 while in Indiana and to another split in the early 1830s while in Kansas. The former splinter band migrated south into Missouri and through Louisiana to Texas. The latter joined them, and from there they were collectively forced north into western Oklahoma. Once in Oklahoma, they became affiliated and shared a reservation with the Caddo and the Wichita until their lands were allotted in severalty in 1906. Each enrolled member received 160 acres.

On July 5, 1958, the group adopted "the Delaware Tribe of Western Oklahoma" as their official title. Headquartered in Anadarko and governed by a constitution since 1972, they have a council consisting of an elected president, vice president, secretary, and treasurer, as well as two appointed council members. In November 1999 the Western Delaware became the Delaware Nation and numbered 1,298 members, many residing near their tribal headquarters.

The following (as per The Chicago Manual of Style, 17th edition) is the preferred citation for articles:
Timothy James McCollum, “Delaware, Western,” The Encyclopedia of Oklahoma History and Culture, https://www.okhistory.org/publications/enc/entry.php?entry=DE012.