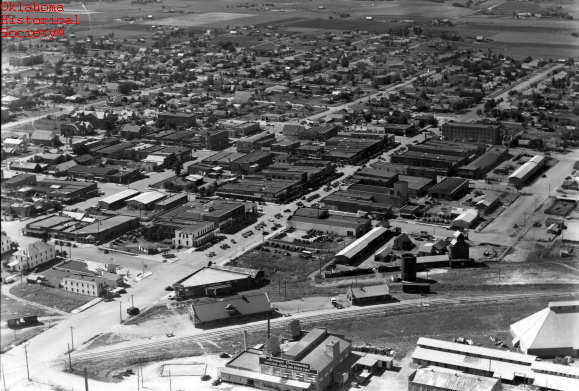 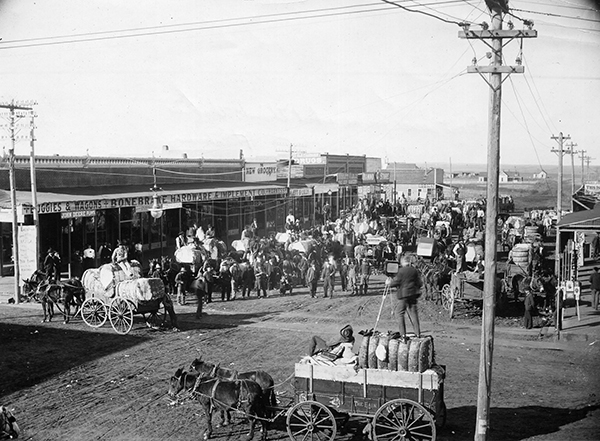 Located at the intersection of Interstate 40 and State Highway 6, Elk City lies along Elk Creek in the northeastern corner of Beckham County, eighteen miles northeast of Sayre, the county seat. Before the town's founding in 1901 cattle drives from Texas to Kansas followed the Western Trail through the area. The town was surveyed and platted on March 18, 1901. Two days later the Choctaw Townsite and Improvement Company sold town lots. A post office known as Busch was established on March 18, 1901. Because Busch was similar to another post office name, it was renamed Elk City on July 20, 1907. Originally, Elk City was located in southern Roger Mills County before Beckham County was created at 1907 statehood.

Developing as an agricultural trade center, Elk City had four banks, four cotton gins, and a cotton oil mill by 1909. The construction of the Choctaw, Oklahoma and Gulf Railroad line (after 1902 the Chicago, Rock Island and Pacific Railway) and the Wichita Falls and Northwestern Railway (later the Missouri, Kansas and Texas Railroad) lines in 1901 and 1910, respectively, connected Elk City with outside markets for its broomcorn, cotton, corn, and livestock. Early on residents organized Adventist, Baptist, Catholic, Christian, Methodist Episcopal, Presbyterian, and United Brethren churches.

On October 11, 1915, Elk City's Carnegie Library opened, and Elizabeth Keen served as the first librarian. By 1918 Elk City also had a cotton compress, an ice plant, two broom factories, and two flour mills. The short-lived Elk City Junior College was open from 1924 to 1925. In the 1930s nine cotton gins operated. Residents found employment at six machine shops, a creamery, two ice plants, a meat packing plant, and a mattress factory. In August 1931 the Community Hospital opened as one of the first cooperative hospitals in Oklahoma. Before the advent of health insurance, Dr. Michael A. Shadid originated the idea of a cooperative hospital to help local farmers afford medical care. After paying fifty dollars for one share of stock in the hospital, each stockholder paid twenty-five dollars a year for free medical treatment for their immediate family. During the 1930s two Oklahoma-based retail outlets, an Anthony store and a T.G.&Y. store, opened in Elk City. By the mid-1940s the town had two parks, two golf courses, and a swimming pool. On November 24, 1947, Shell Oil Company brought in a producing oil well that furthered Elk City's economic development.

The following (as per The Chicago Manual of Style, 17th edition) is the preferred citation for articles:
Linda D. Wilson, “Elk City,” The Encyclopedia of Oklahoma History and Culture, https://www.okhistory.org/publications/enc/entry.php?entry=EL007.