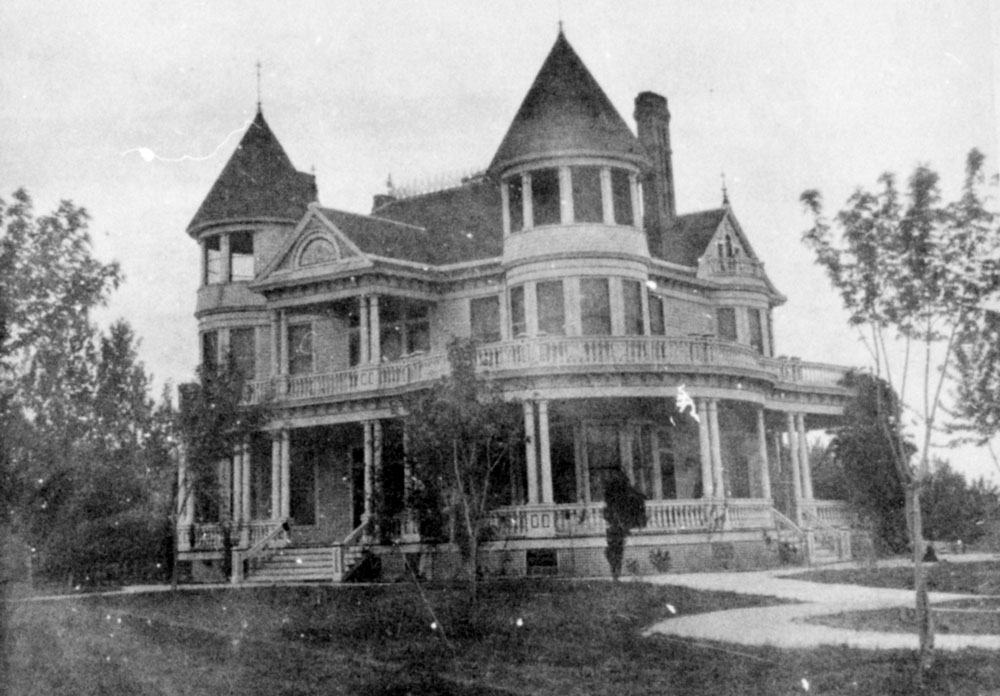 The county seat of McIntosh County, Eufaula is located in the county's southeastern region at the intersection of U.S. Highway 69 and State Highway 9. The town lies thirty miles north of McAlester and thirty-two miles south of Muskogee. The March 24, 1832, Treaty of Cusseta provided land allotment and some federal compensation for the Muscogee (Creek) Nation emigration from Alabama to Indian Territory. The boundaries included the land between the confluence of the North and South Canadian rivers. In 1848 the Methodist Church established the Asbury Manual Training School. After it burned in 1889, students attended the Creek Nation's Eufaula Boarding School for Girls.

In 1872 Eufaula emerged as a town when the Missouri, Kansas and Texas Railway established a railhead at the site, near North Fork Town. George W. Ingall, Indian agent for the Five Tribes, suggested the name Eufaula, after a Muscogee tribal town in Alabama. Spring floods washed out the bridge that a railroad company was building over the South Canadian River. The rebuilding delay brought people and materials to the developing town. The federal census of 1890 recorded a population of 500 in the community. By 1898 Eufaula had incorporated and had grown to approximately eight hundred residents.

Eufaula's Indian Journal is the oldest continuously published newspaper in Oklahoma. On June 1, 1876, M. P. Roberts printed the first issue of the newspaper in Muskogee, with William P. Ross as editor. Alexander Posey, poet, journalist, and political humorist (Fus Fixico persona), became owner-editor in 1902. By 1911 Eufaula boasted three banks, two newspapers, electricity, waterworks, and telephone services, as well as numerous professionals and businesses. The 1910 population stood at 1,301 and reached 2,073 by 1930.

Nearby, the Creeks successfully grew cotton and corn in the rich soil of the river bottoms. Dairy and cattle operations expanded as well. The number of residents climbed to 2,355 in 1940, holding near that number for the next three decades. In 1946 the U.S. Army Corps of Engineers received congressional funding for the McClellan-Kerr Arkansas River Navigation System. In 1964 the plans for damming and impounding the Canadian drainage basin concluded with the dedication of Lake Eufaula. The resulting lake covered the agricultural land with over one hundred thousand surface-acres of water, making it the largest-capacity lake in Oklahoma. The lake serves the purposes of flood control, water supply, and hydroelectric power. Currently, tourism provides the major economic base for the area.

The following (as per The Chicago Manual of Style, 17th edition) is the preferred citation for articles:
John C. Harkey and Mary C. Harkey, “Eufaula,” The Encyclopedia of Oklahoma History and Culture, https://www.okhistory.org/publications/enc/entry.php?entry=EU001.