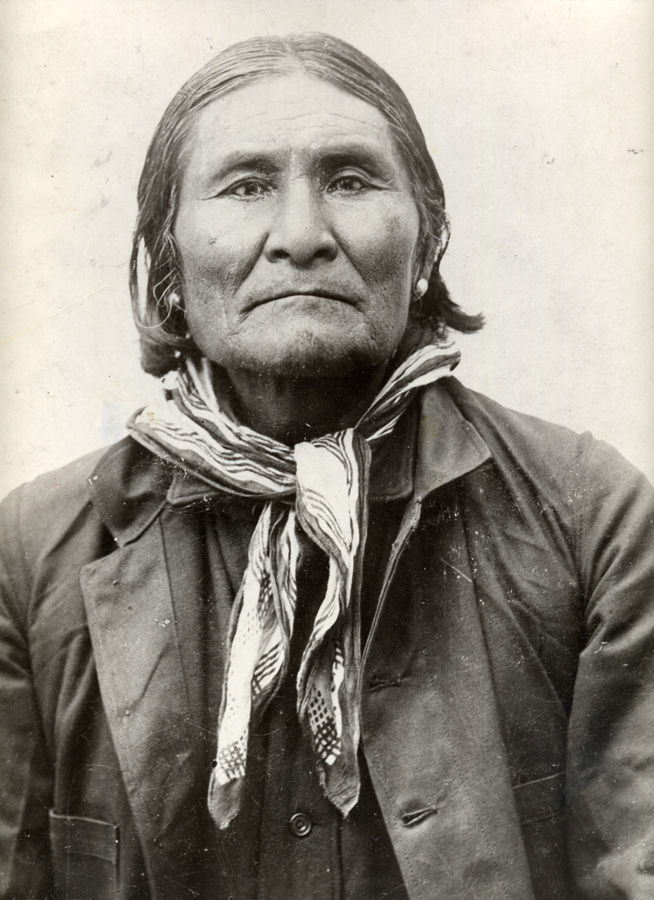 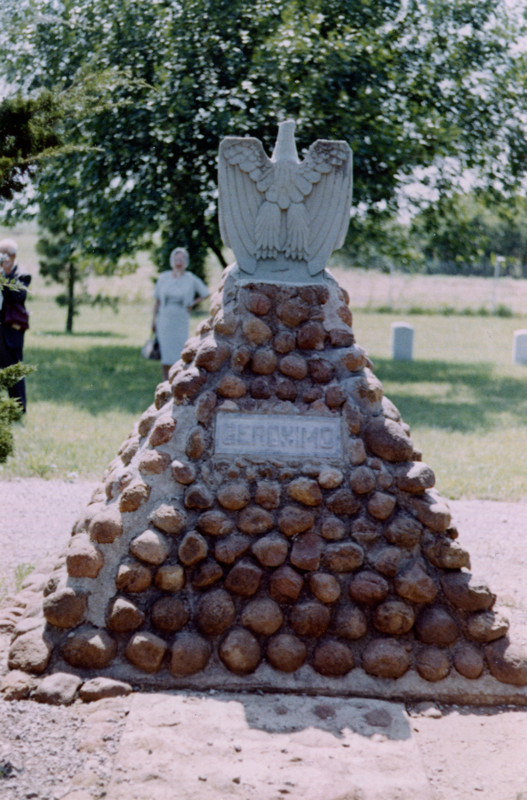 A Chiricahua Apache religious and military leader, Geronimo was born in the 1820s, perhaps near present Clifton, Arizona. His Apache name was Goyahkla (One Who Yawns). He achieved a reputation as a spiritual leader and tenacious fighter against those who threatened his people's ways of life. Later he was called Geronimo (Spanish for Jerome), most likely because of the way he fought in battle against Mexican soldiers who frantically called upon St. Jerome for help. He willingly accepted the name. Geronimo's hatred toward Mexicans intensified when Mexican troops killed his mother, wife, and children in 1850. In addition, after the United States–Mexican War ended and the United States entered the Southwest, Geronimo faced another enemy that threatened his tribe's existence.

During the Apache wars Geronimo fought alongside Cochise and other tribe leaders. Their guerrilla-like raids and attacks forced the United States to negotiate treaties that confined Geronimo and his band to the San Carlos Reservation in the 1870s. Finding reservation life unacceptable, Geronimo escaped and resumed his raiding activities in Mexico and in the United States. Gen. George Crook and later Gen. Nelson A. Miles pursued the Apache leader for the next several years. Geronimo finally surrendered to Miles in September 1886.

As prisoners of war Geronimo and his followers were exiled, being sent first to Florida, then to Alabama, and finally to Fort Sill, Oklahoma Territory, in 1894. Still highly regarded as a leader by his people, Geronimo engaged in farming at Fort Sill. His fame grew, and he appeared at national events such as the 1898 Trans-Mississippi and International Exposition in Omaha, the 1901 Pan-American Exposition in Buffalo, and the 1904 Louisiana Purchase Exposition in St. Louis. In 1905 he rode in Pres. Theodore Roosevelt's inauguration parade. Geronimo received money for his appearances at such events and even sold autographed items and photos of himself.

Geronimo failed to convince the federal government to allow his people to return to their Arizona homeland. He died at Fort Sill on February 17, 1909, and was buried in the fort's Apache cemetery.

The following (as per The Chicago Manual of Style, 17th edition) is the preferred citation for articles:
Raymond Wilson, “Geronimo (person),” The Encyclopedia of Oklahoma History and Culture, https://www.okhistory.org/publications/enc/entry.php?entry=GE009.