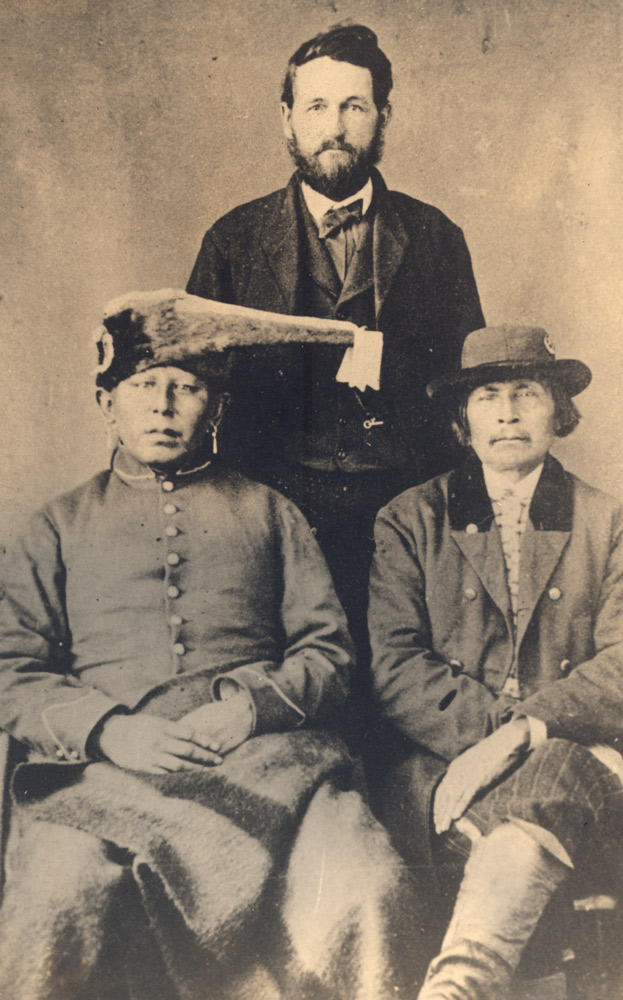 Quaker missionary and U.S. Indian agent for the Osage, Isaac T. Gibson was born in Greene County, Ohio, on May 11, 1831. The son of Montelian and Sarah Embree Gibson, he spent his early life on a farm. He moved to Iowa at age eighteen and began work as a store clerk, later becoming a merchant. He married Anna Mary Hiatt in October 1858 and returned to farming. At the end of the Civil War he was appointed at the yearly meeting of the Society of Friends (Quakers) to supervise the education and material welfare of freed slaves in Missouri. In autumn 1869 he was appointed U.S. Indian agent and in 1872 established a permanent agency for the Osage at present Pawhuska, Osage County, Oklahoma.

Gibson returned to Iowa after Cyrus Beede succeeded him as agent in 1876. During his seven years as agent, Gibson, known to the Osage as "Father Gibson," did a great deal to protect the Osage from physical extinction. On the other hand, he did little to halt the encroachment of white settlers onto their land. White settlement and pressure from Gibson sped both a major cultural transition (from traditional Osage culture to "civilized ways") and a major demographic shift (to a predominance of mixed-bloods) in the tribe. Isaac T. Gibson died in Iowa on September 20, 1915.

The following (as per The Chicago Manual of Style, 17th edition) is the preferred citation for articles:
Ross Peterson-Veatch, “Gibson, Isaac T.,” The Encyclopedia of Oklahoma History and Culture, https://www.okhistory.org/publications/enc/entry.php?entry=GI003.