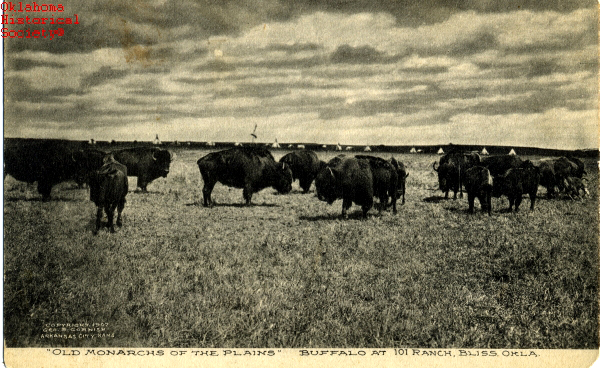 From a physiographical standpoint, Oklahoma lies within North America's Interior Plains Province, a vast area that stretches from the western Great Lakes to the Rocky Mountains and from Canada through Texas to the Rio Grande. Included in Interior Plains are the Great Plains Province and the Central Lowlands Province, which meet in Oklahoma. Technically, the Great Plains proper only extends eastward far enough to include the Oklahoma Panhandle and a narrow north-south strip along the state's western border. However, the central portion of Oklahoma is plains also, encompassing a broad region of the Central Lowlands called the Osage Plains. It includes prairie and lowland subregions. Thus, Oklahoma's surface is primarily prairie and plains, with the exception of the very eastern portions that are part of the Ozark Plateau and the Ouachita Mountains system. From the standpoint of cultural geography, the term Great Plains has been historically applied to Oklahoma, sometimes only to the western half of the state and sometimes to most of it, and the lifestyle found on the prairie-plains of Oklahoma generally has corresponded to that on the Great Plains.

The geologic history of the Oklahoma plains is colorful and varied, as rocks of every geologic period, Precambrian to Quaternary, can be found within the region. Over the past four billion years the area has undergone significant periods of inundation by shallow oceans, as well as mountain and basin formation. The region is composed of several distinctive geologic provinces dominated mostly by sandstones, limestones, and shales. There are approximately thirty-three large streams within the Oklahoma plains contributing to the state's three major river drainage basins: the Canadian, the Arkansas, and the Red. The plains also came to include more than one million surface acres of water, mostly in man-made lakes, which contain two thousand more miles of shoreline than the Atlantic and Gulf coasts combined. Elevations above sea level range from 400 feet in the southeast to more than 4,000 in the far northwest.

Historically, the Oklahoma plains were dominated by shortgrass and tallgrass prairies with interspersed wetlands, bottomland forests, and savannahs. Little of the rich, native prairie vegetation remains, as the highly fertile prairie soils now support intensive agriculture and rangelands. Those economic activities largely depend on the seasonal rainfall, which ranges from more than fifty inches in the southeast to less than ten inches in the Panhandle.

The Oklahoma plains have a rich cultural history. Beginning with Paleo-Indian occupation around 25,000 B.C., numerous peoples, including foragers, early farmers, and early bison hunters, used the resources found in the plains environment. Users of the environment in the historic era included the Osage, Wichita, Kiowa, Comanche, and Apache. Early Spanish and French explorers of the sixteenth and seventeenth centuries were fairly unimpressed with the region, but the French ultimately laid claim to all of the area but the future Panhandle, which was claimed by Spain. In 1803 the United States acquired the Great Plains and adjacent regions as part of the Louisiana Purchase. In 1834 Congress set aside much of the southern portion as a place to relocate Indians, and over the next few years the Cherokee, Choctaw, Creek, Chickasaw, and Seminole nations were moved to present eastern Oklahoma. The land that later became the state of Oklahoma eventually accommodated sixty-seven tribes.

The plains' fertile soils and waterways promised agricultural potential and attracted Anglo-American settlement from 1889. In the 1890 Organic Act Congress established Oklahoma Territory from former Indian lands and incorporated the Panhandle region into the newly established territory. Additional land runs and openings followed, and in 1907 Oklahoma and Indian territories combined to become the forty-sixth state.

Agriculture in the Oklahoma plains took on the character of the Great Plains. The northern and northwestern western sections of the territory became devoted to large-scale wheat and grain farming, and irrigation proved necessary. Cotton farming and mixed farming dominated in the southwest. Mixed farming took place in the central and northeastern sections. Range grazing lands dominated in Osage County, in the south-central counties, and in the nonmountainous areas of the east-central counties, but all across the Oklahoma plains livestock raising has always been an important land-use activity.

An agricultural market downturn that began in the 1920s, coupled with the national economic collapse and Great Depression that began in 1929, made living difficult on the plains. Severe drought, failed crops, and severe episodes of wind erosion of the Dust Bowl years played havoc with Oklahoma's farm economy. Dust storms plagued the Panhandle, and cotton farming declined in the south and eastern parts of the state. During the 1930s approximately sixty thousand people left Oklahoma from city and countryside alike.

On the positive side, however, during the early twentieth century the discovery of oil and gas beneath the surface of the plains brought fame and fortune to many. By 1901 Tulsa was known as "the Oil Capital of the World." The petroleum industry remained an economic mainstay. Despite a downturn in the 1980s, by the beginning of the twenty-first century the Oklahoma plains were the third-largest oil-producing region in the United States and home to approximately 84,432 active oil wells annually producing a total of more than sixty-six million barrels of crude oil. A resurgence of agriculture came about as well, and at the end of the twentieth century Oklahoma continually ranked near the top nationally in the production of winter wheat, rye, pecans, grain sorghum, and peanuts.

The following (as per The Chicago Manual of Style, 17th edition) is the preferred citation for articles:
Jamie J. Patton and Richard A. Marston, “Great Plains,” The Encyclopedia of Oklahoma History and Culture, https://www.okhistory.org/publications/enc/entry.php?entry=GR015.