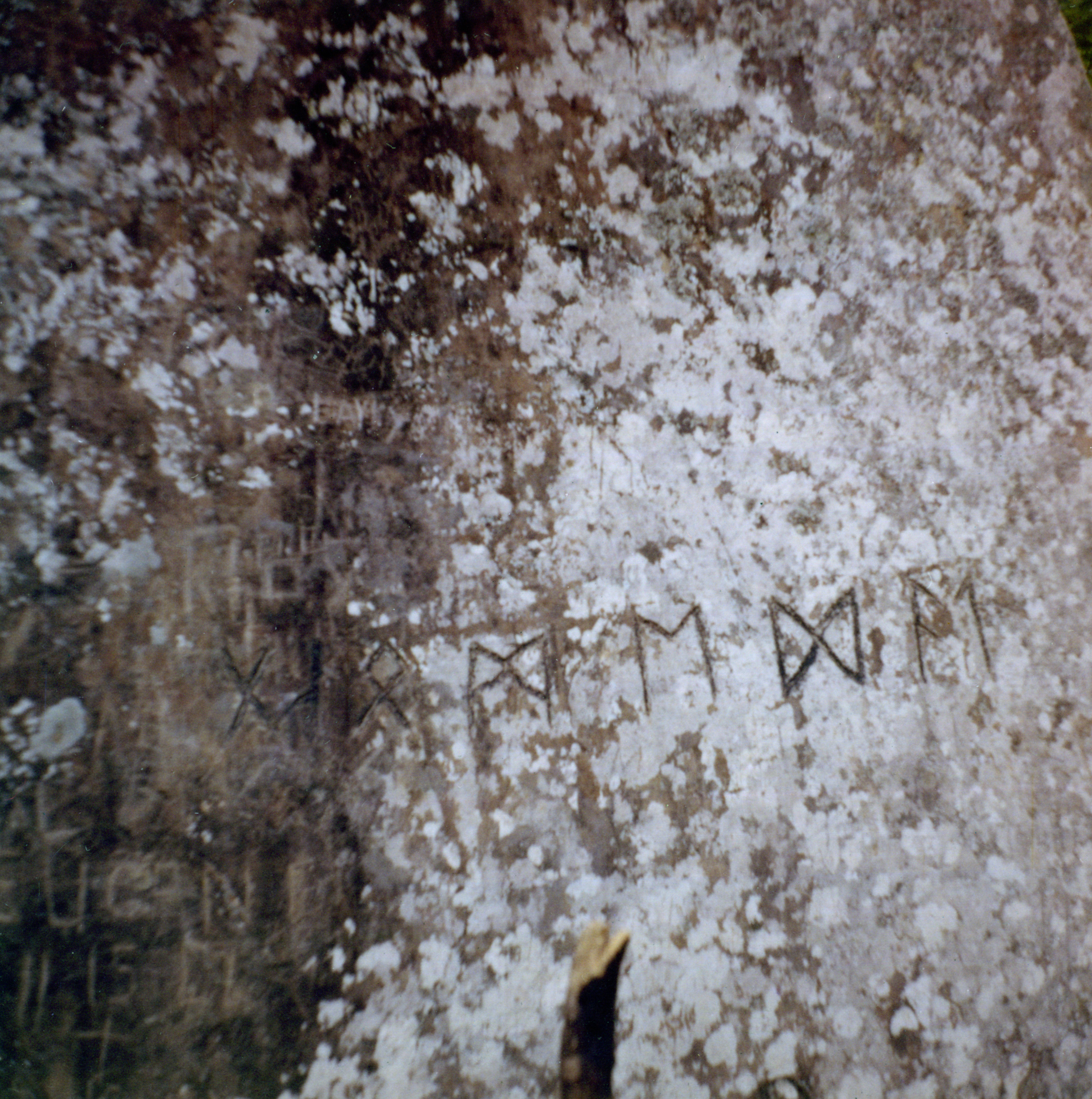 Located in southeastern Oklahoma in LeFlore County, Heavener Runestone State Park was dedicated on October 25, 1970. In 1965 the Herbert Ward family from Heavener had donated fifty-five acres for the park, and state Sen. Clem Hamilton had led the effort to obtain state funding. The park sits atop Poteau Mountain and is located two and one-half miles northeast of Heavener, east of State Highway 59 and U.S. Highway 270.

The park's main attraction, a large, vertical sandstone slab (ten feet wide and twelve feet high), bearing strange carvings, is veiled in mystery and controversy. Apparently the stone was first discovered in the 1830s by a Choctaw hunting party and was reportedly seen by white trappers in 1874. Locally it became known as Indian Rock, because it was generally believed that American Indians had made the markings. In 1928 Gloria Farley of Heavener saw the stone and realized that the carvings were similar to characters of the runic alphabet. Since 1953 she has led a group of individuals who believe that Vikings traversing the Mississippi, Arkansas, and Poteau rivers made the inscription. Over the years scholars have given various opinions as to the possibility of Scandinavians having passed through present Oklahoma by the eleventh century. Others contend that the inscriptions were made by a member of La Salle's expedition party circa 1687, or by a Swedish captain leading German colonists as part of a French colonization effort in the Mississippi Valley between 1718 and 1720.

In 1923 the Smithsonian Institute identified the eight symbols as Scandinavian runes. Originally the characters were interpreted to read GNOMEDAL, with "Gnome" and "dal" translated as sundial valley or monument valley. In 1986 Dr. Richard Nielson at the University of Denmark determined that the markings should be translated as GLOMEDAL, meaning Glome's Valley, indicating a land claim. Another interpretation involves the belief that the markings are encryptions to represent the date November 11, 1012. But the question remains as to who carved the characters and when they were carved. Other stones with runic inscriptions have been found in Oklahoma at Poteau, Shawnee, and Tulsa.

In September 2003 an agreement was reached between the Oklahoma Tourism and Recreation Commission and Farley's Friends of the Heavener Runestone to hire an archaeologist to search for a nearby cave reportedly bearing similar markings on its walls. If the cave contains artifacts, they may support the theory that Vikings were the first Europeans to set foot in present Oklahoma. At the turn of the twenty-first century Heavener Runestone State Park continued to attract the attention of international scholars and was visited annually by approximately ninety-three thousand tourists. The park remained a day-use area for picnicking and hiking. The Runestone Interpretative Trail led the visitor to the stone, and two other trails offered a nature hike to lookout points overlooking Heavener and Lake Wister. Other nearby tourist attractions included Ouachita National Forest and Lake Wister State Park.

The following (as per The Chicago Manual of Style, 17th edition) is the preferred citation for articles:
Linda D. Wilson, “Heavener Runestone State Park,” The Encyclopedia of Oklahoma History and Culture, https://www.okhistory.org/publications/enc/entry.php?entry=HE007.