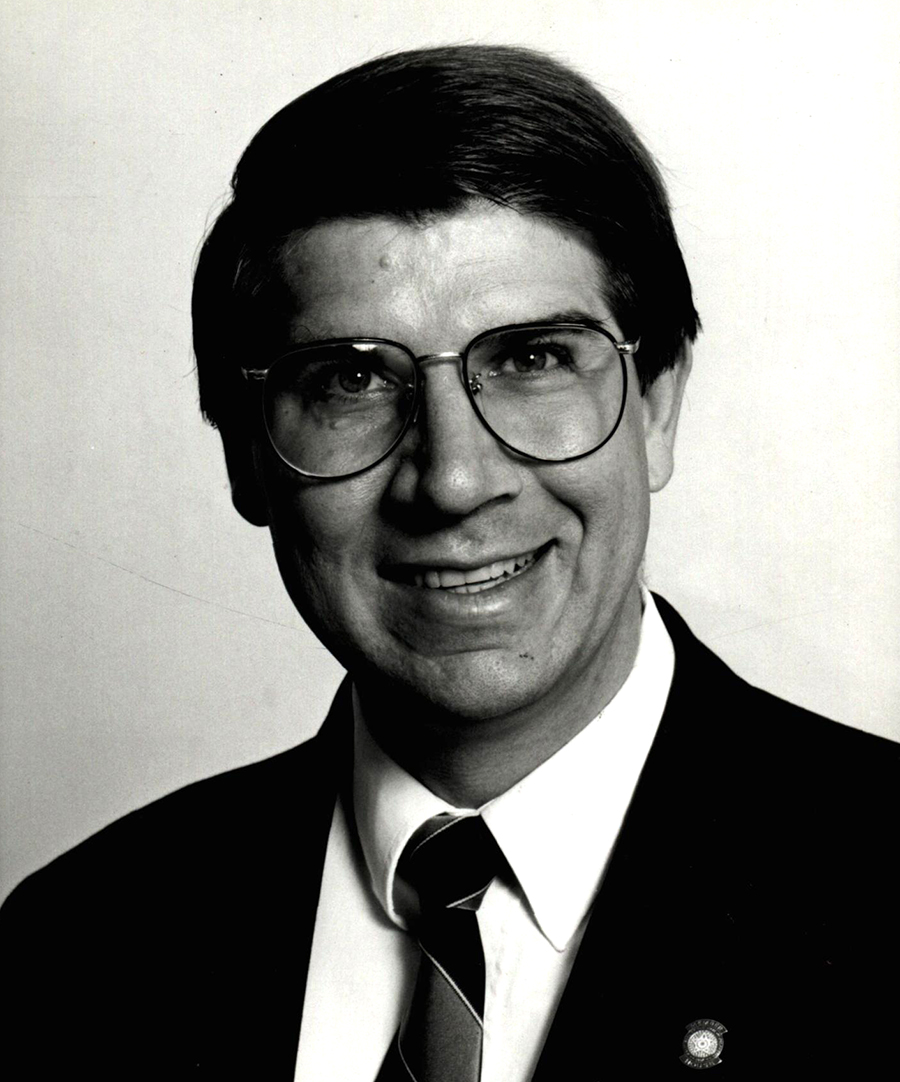 A U.S. representative from Oklahoma from 1993, Ernest J. Istook, Jr., was born in Fort Worth, Texas, on February 11, 1950, to Ernest and Dessie Lyne Istook. He graduated from Fort Worth Castleberry High School in 1967. Attending Baylor University, in Waco, Texas, he earned a bachelor's degree in journalism in 1971. He married Judy Lee Bills in 1973, and the family grew to include five children. Istook later received a doctorate of jurisprudence degree from the Oklahoma City University School of Law in 1976. He practiced law and worked as a journalist, reporting on state capital affairs for WKY and KOMA radio. A Democrat, Istook served as director of the Oklahoma State Alcoholic and Beverage Control Board in 1977–78. In 1978 he became Oklahoma Gov. David L. Boren's legal counsel. Before entering politics Istook served on the board of the Oklahoma County Metropolitan Library System from 1982 to 1986, chairing that body in 1985–86. He successfully ran for the Warr Acres (a suburb of Oklahoma City) city council, and served from 1982 to 1986. He also held a position as director of the Warr Acres chamber of commerce.

Istook changed his political affiliation from Democrat to Republican in 1980, because, as he noted, his views were more in line with the GOP's "common sense and conservative principles." In 1986 he ran as a Republican for the District 100 seat in the Oklahoma House of Representatives, defeating Democrat Dale Hampton, a management analyst with the Oklahoma Supreme Court. Istook campaigned on a platform of eliminating waste and patronage in government, reforming welfare, and passing right-to-work legislation. He served from 1987 through 1993 and from 1988 was assistant minority leader.

In 1992 he sought the party's nomination for U.S. representative from the Fifth District, an office then held by fellow Republican Mickey Edwards. Caught in a financial scandal, Edwards lost, and Istook won the nomination in a runoff against Bill Price. In the election, Istook defeated Democrat Laurie Williams, an Oklahoma City attorney. He campaigned on supporting a balanced budget amendment and a presidential line-item veto. He supported the North American Free Trade Agreement but opposed the family leave bill. His constituents returned him to the five succeeding Congresses. His assignments have included the Appropriations Committee, the Select Committee of Homeland Security, and the Transportation and Treasury Appropriations Subcommittee, which he chaired. At the beginning of the twenty-first century he remained in Congress but did not stand for reelection when his term ended in 2007.

The following (as per The Chicago Manual of Style, 17th edition) is the preferred citation for articles:
Dianna Everett, “Istook, Ernest James, Jr.,” The Encyclopedia of Oklahoma History and Culture, https://www.okhistory.org/publications/enc/entry.php?entry=IS001.