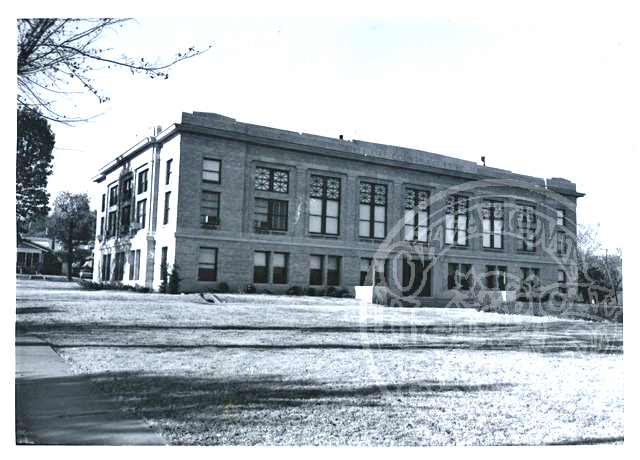 Abutting Arkansas in southeastern Oklahoma, Le Flore County encompasses 1,608.03 square miles of total land and water area. Sequoyah County borders it on the north, Haskell, Latimer, and Pushmataha counties on the west, and McCurtain County on the south. The name honors the prominent LeFlore family of the Choctaw Nation. Poteau stands as the county seat.

The physical environment varies, but is mountainous, with the Ouachita Mountains extending into the county from the south. Associated mountain ranges, including the Winding Stair Mountains and the Kiamichi Mountains, dominate the county's southern half, and peaks such as Sugar Loaf and Cavanal mountains stand more independently in the north. Covered with forests, including pine and cedar, the region has fed a prosperous lumber industry. The Ouachita National Forest covers much of the southern part of the county. The Arkansas River forms the county's northern boundary, and its tributaries, the Poteau and the James Fork rivers, drain most of the county, with the Kiamichi, Little, and Mountain Fork rivers in the southern portion draining into the Red River.

Archaeologists have focused on the Caddoan-speaking Mound Builders (circa A.D. 850 to 1450). The Spiro Mounds Site, near Spiro, gives insight into an important center for the Mississippian Culture and has produced a number of art and artifacts, many extracted by commercial diggers. From 1936 to 1941 archaeologists and Works Progress Administration (WPA) workers excavated the site. In the 1960s the U.S. Army Corps of Engineers acquired the land. In 1978 the Spiro Mounds Archaeological State Park opened an interpretive center, operated since 1991 by the Oklahoma Historical Society. The site is listed in the National Register of Historic Places (NR 69000153). At the beginning of the twenty-first century other county archaeological locales included 6 Paleo-Indian (prior to 6000 B.C.), 125 Archaic (6000 B.C. to A.D. 1), 95 Woodland (A.D. 1 to 1000), and 105 Plains Village (A.D. 1000 to 1500) sites.

In the eighteenth century French explorers, traders, and trappers, including Jean Baptiste Bénard de la Harpe, Paul and Pierre Mallet, and André Fabry de la Bruyère, investigated and operated in the area, contributing the many French place-names. When the United States purchased the area known as the Louisiana Territory (which included most of present Oklahoma) from the French in 1803, American explorers, military personnel, and scientists, such as Maj. Stephen H. Long, Thomas James, and Thomas Nuttall, began to scout the Le Flore region. A number of the expeditions concentrated on the Arkansas River Valley in the present county's northern portion. Military roads connecting Fort Smith (1817), across the border in Arkansas, to Fort Gibson (1824) and Fort Towson (1824) were early trails blazed through the vicinity.

In 1820 the Choctaw Nation signed the Treaty of Doak's Stand, losing some of their tribal land in the southeastern United States and acquiring a large tract in present southeastern Oklahoma. In 1830 the Treaty of Dancing Rabbit Creek ceded the remainder of the Choctaws' eastern home and precipitated removal of the members that had not relocated. By 1832 the federal government erected a substantial building at the Choctaw Agency, approximately fifteen miles west of Fort Smith. Around the agency the important Choctaw settlement of Skullyville developed. This town not only housed the government Indian agents and dispensed annuity payments, but held a station on the Butterfield Overland Mail route, served for a time as the Choctaw capital, and hosted notables such as artist George Catlin, who painted some of the residents. It was also the home of prominent Choctaw Tandy Walker. Portions of present Le Flore County existed in the former Moshulatubbee and the Apukshunnubbee districts, and in Sugar Loaf, Skullyville, and Wade counties in the Choctaw Nation.

In 1834 the U.S. Army established Fort Coffee on the southern bank of the Arkansas River a few miles north of the Choctaw Agency. In 1838 the fort closed, and the soldiers founded Fort Wayne in the Cherokee Nation. The Choctaw Nation then allowed the Methodist Episcopal Church to operate the Fort Coffee Academy for boys at the site. In 1845 the Methodists opened the New Hope Seminary for girls east of Skullyville. There were several early neighborhood schools for the Choctaw, with most operated by missionaries. In 1847 the Choctaw Agency burned, and it was relocated to Fort Washita in 1858. In 1854 the American Board of Commissioners for Foreign Missions (ABCFM) founded Lenox Mission in the southern Le Flore County.

The schools and the mission closed during the Civil War, and in 1863 Union troops burned the Fort Coffee Academy, which had been used as barracks for Confederate troops. On September 1, 1863, federal forces under Maj. Gen. James Blunt defeated Brig. Gen. William Cabell at the Battle of Devil's Backbone Mountain, near present Pocola. A day earlier, these armies had skirmished near Skullyville. After the war New Hope Seminary reopened and operated until it burned in 1896. In December 1866 the Choctaw government passed legislation to again fund neighborhood schools. Education for the Choctaw freedmen commenced, with the first school at Boggy Depot, and present Le Flore County hosting schools at Skullyville and Fort Coffee. In 1892 the Tushkalusa (black warriors) Freedmen Boarding school opened three miles southeast of Talihina. The school operated into the twentieth century.

Coal mining and the forestry industry ruled as economic staples at the turn of the twentieth century, attracting workers and railroads to the county. In 1886–87 the Fort Smith and Southern Railway (soon purchased by the St. Louis and San Francisco Railway) laid tracks through the county from the northeast to southwest. In 1889–90 the Choctaw, Oklahoma and Gulf Railroad (leased to the Chicago, Rock Island and Pacific Railway in 1904) built tracks from Wister west to McAlester and in 1898 from Wister east to Howe, continuing the line to Arkansas in 1899. In 1892–93 the Indianola Coal and Railway (later acquired from a third company by the Poteau and Cavanal Mountain Railroad) built a short spur (3.4 miles) from Poteau to Witteville. In 1896 the Kansas City, Pittsburg and Gulf Railroad (acquired by the Kansas City Southern Railway in 1900) built tracks through the region north to south, exiting into Arkansas near the Page community in southern Le Flore County. In 1900–1901 the Poteau Valley Railroad built a line from Shady Point to Calhoun, but the route was abandoned in 1926. Also in 1900–1901 the Arkansas Western Railroad constructed tracks from Heavener east to Arkansas. In 1901 the Fort Smith and Western Railroad connected from Coal Creek west to McCurtain in Haskell County. In 1903–04 the Midland Valley Railroad laid tracks from Arkansas west through Bokoshe to Muskogee. The Oklahoma and Rich Mountain Railroad, owned by the Dierks Lumber and Coal Company, constructed the county's last rail route, which extended from Page to the lumber town of Pine Valley in 1925–26.

In 1927 the Dierks company ambitiously established Pine Valley as one of the largest forest-industry towns in the American South. It offered a large hotel, a general store, a drugstore, a post office, a barbershop, a doctor, a school, a boarding house, a movie house, an ice plant, a jail, churches, and a segregated section for African American workers. In 1941 the company began closing the town, and the rail line was abandoned in 1942. Honobia, Stapp, and Big Cedar served as other active mill towns in the first half of the twentieth century.

Mineral extraction in Le Flore County has centered on coal, but limestone, sand and gravel, and natural gas have also been produced. Coal mining began in the late nineteenth century in the Choctaw Nation. After statehood the industry continued to expand, with 224,408 tons produced in the state's District Number One, which included Coal, Latimer, and Le Flore counties in 1908. In 1939 the district extracted 264,119 tons. By 1966 Le Flore County produced only 6,291 tons, and the district totaled only 7,574. In 2002 Le Flore led the state in coal produced, registering 743,348 tons. Natural gas is confined to the northern half of the county, with the Poteau Field the largest (its first well was completed in 1910). In 1975 Le Flore County produced 27,547,839 million cubic feet (mcf) of natural gas. The Oklahoma Corporation Commission reported 22,906,460 mcf from the county in 2000.

Many transportation routes have crossed the county, from the early Butterfield stage, military roads, and California Trail to the modern highway system. In 1969 Oklahoma State Highway 1 opened. It became known as the Talimena Scenic Byway in 1989, showcasing the area's fall foliage and attracting numerous tourists. U.S. Highways 59, 259, 270, and 271 and State Highways 9, 9A, 31, 63, 82, 83, 112, 120, 128, and 144 also traverse the county. In 1961 Pres. John F. Kennedy visited to dedicate U.S. Highway 259. The McClellan-Kerr Arkansas River Navigation System, completed in 1971, flows in northern Le Flore County. The county's major lake is Wister, impounded in 1949 for flood control, conservation, and recreation. The Ouachita National Forest, in the county's southern half, and Heavener Runestone State Park are popular recreation areas that produce income from tourism.

Robert S. Kerr left a legacy in Le Flore County. In the 1950s he had established a ranch outside of Poteau. Kerr died in 1963, and in 1978 the family donated his ranch home to the state, and it was opened as the Kerr Conference Center and Museum. Carl Albert State College, formerly Poteau Junior College, in Poteau operates the center. The Kerr Center for Sustainable Agriculture and the Overstreet-Kerr Historical Farm are also in the county. In 1980 the Overstreet farmhouse was listed in the National Register of Historic Places (NR 80004285). Twenty-one other Le Flore County properties are also listed, including Oklahoma's only railroad tunnel, the Jenson Tunnel (NR 76001567) northeast of Cameron; the Peter Conser House (NR 71000665); two stations on the Butterfield Overland mail route, Trahern's Station (NR 72001073) and Choctaw Agency–Walker Station (NR 72001074); and the Le Flore County Courthouse (NR 84003099).

In 1955 Poteau integrated its school system when Dr. John Montgomery petitioned the school board. Students entered the elementary school during the 1955 school year, making the town one of Oklahoma's first to do so after the Brown v. Board of Education of Topeka (Kansas) 1954 decision. In 2000 the county's population stood at 48,109, and it climbed to 50,384 in 2010, with 75.1 percent white, 12.3 percent American Indian, 2.1 percent African American, and 0.5 percent Asian. Hispanic ethnicity was identified at 6.9 percent. In 2010 the incorporated towns were Arkoma, Bokoshe, Cameron, Cowlington, Fanshawe, Fort Coffee, Heavener, Howe, Leflore, Panama, Pocola, Poteau (county seat), Rock Island, Shady Point, Spiro, Talihina, and Wister.

The following (as per The Chicago Manual of Style, 17th edition) is the preferred citation for articles:
Larry O'Dell, “Le Flore County,” The Encyclopedia of Oklahoma History and Culture, https://www.okhistory.org/publications/enc/entry.php?entry=LE007.