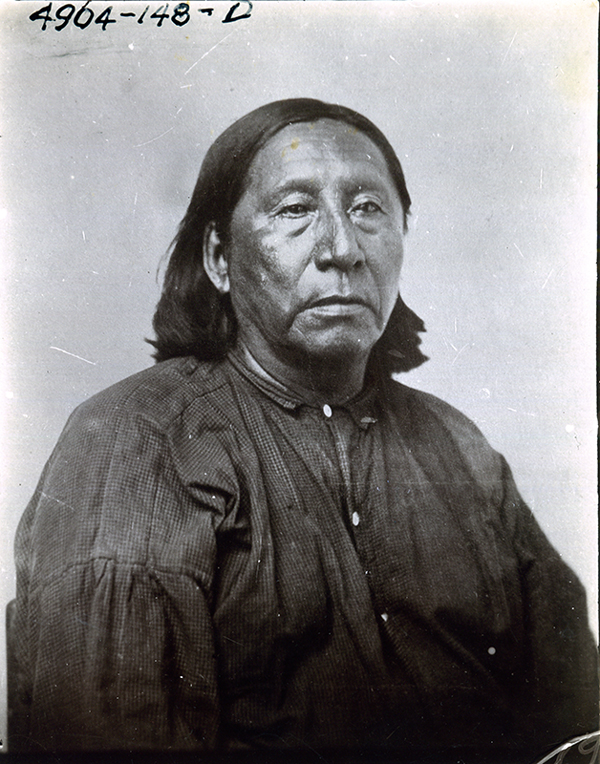 Little Raven (Hosa, Young Crow) was a principal Southern Arapaho chief. A peaceful man who provided wise and progressive leadership, he was known for his stately appearance and oratorical skills. He was born on the central Great Plains during the early nineteenth century, perhaps along the Platte River in present Nebraska. His influence was noted as early as 1840 when he mediated peace between the Southern Arapaho and Cheyenne and the Kiowa, Comanche, and Plains Apache. Concerned for his tribe's subsistence, he sought agricultural implements and instruction from the U.S. government in 1857.

Little Raven signed the Fort Wise Treaty of 1861 but became frustrated when whites failed to comply with the agreement. His disappointment turned to anger following the massacre of Cheyenne and Arapaho at Sand Creek, Colorado, in 1864. Still, Little Raven sought peace and accepted the terms of the Medicine Lodge Treaty in 1867. Under that agreement the Southern Arapaho accepted a reservation between the Arkansas and Cimarron rivers in Indian Territory (present Oklahoma).

After the Battle of the Washita in November 1868, Little Raven led the Southern Arapaho to Fort Sill for protection. They and the Southern Cheyenne were subsequently granted a reservation in western Indian Territory. In 1871 Little Raven toured Washington, D.C., and other Eastern cities. While in New York City, he spoke before a large audience at the Cooper Union for the Advancement of Science and Art. His influence kept the Southern Arapaho neutral during the Red River War of 1874–75. He eventually settled at Cantonment in present Blaine County, Oklahoma, where the old military hospital served as his home. Little Raven died at Cantonment in 1889.

The following (as per The Chicago Manual of Style, 17th edition) is the preferred citation for articles:
Jon D. May, “Little Raven,” The Encyclopedia of Oklahoma History and Culture, https://www.okhistory.org/publications/enc/entry.php?entry=LI015.