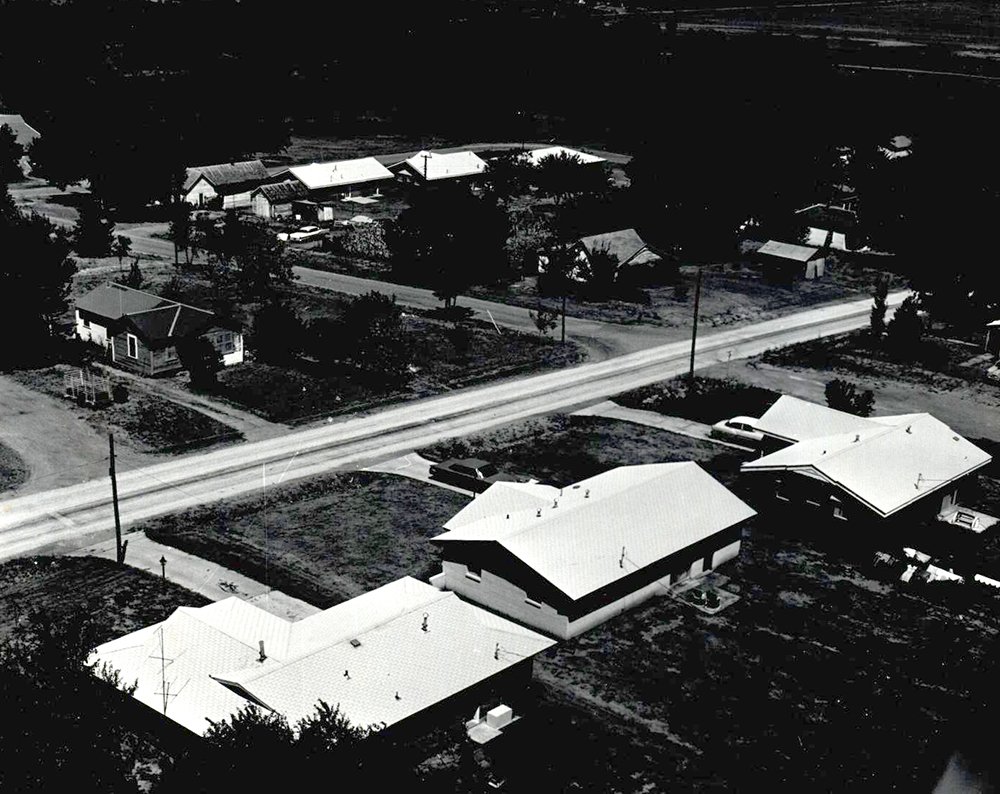 Located twenty-six miles from Oklahoma City, Luther is a small agricultural town in Luther Township in far northeastern Oklahoma County. The town was named for Luther Jones, the son of Oklahoma County entrepreneur, promoter, and politician Charles G. Jones and the namesake of Luther F. Aldrich, Jones's business partner and friend. Aldrich purchased the land on which the town is located from John A. Blizzard on February 4, 1898, because it was on the right-of-way for the St. Louis and Oklahoma City Railroad (later the St. Louis and San Francisco Railway, or Frisco). Located on the Deep Fork River, flooding was a problem until the Arcadia Dam was completed in 1987. The town was platted in April 1898, and on July 26, a post office opened. In 1903 the Missouri, Kansas and Texas Railway began building track from Oklahoma City north to Osage, reaching a point one mile north of Luther on June 25, 1903. In 1905 Luther incorporated and was served by a mayor and board of directors.

At 1907 statehood Luther had 423 residents. By 1910 only 310 inhabitants were enumerated. The population nearly doubled to 601 by 1920. The town had Baptist, Catholic, Christian, and Methodist churches as well as several small religious denominations that met in various locations. There were two banks, one weekly newspaper, a telephone connection, and a Western Union agent. On March 11, 1937, the Oklahoma County Register supplanted the Luther Register. In the late 1940s the Luther Citizen and Citizen informed residents. Five general stores, one dry goods emporium, a furniture store, and two hardware stores served Luther's citizens. There were two hotels, two restaurants, three physicians, two drug stores, and a meat market, broom factory, sawmill, blacksmith, and barber. Prior to 1907 statehood, Luther had two saloons. At statehood Luther claimed that they led the state with five cotton gins and that they shipped the largest quantity of cotton of any Oklahoma town. Engel's Dry Goods Store (NR 80003280), established in 1910, is listed in the National Register of Historic Places. Other national register listings include Threatt Filling Station (NR 95000038) and Booher Site (NR 79003641).

In 1916 Booker T. Washington High School for African Americans opened in Luther. The facility expanded in 1922. Destroyed by fire in December 1930, the school building was rebuilt in 1931. It was heralded as one of the premier high schools for blacks in the United States; its graduates were accepted at African American colleges across the country. In 1928 U.S. Highway 66 (now State Highway 66) was opened from Los Angeles, California, to Chicago, Illinois, passing through the northern side of Luther. There were 613 residents on the 1930 census. The Great Depression of the 1930s had a devastating effect on the town and surrounding area. Foreclosures forced many farmers to relocate, and town merchants, facing reduced business, closed their doors. Only 425 people were counted in 1940 and 409 in 1950. Those who could afford an automobile became commuters, driving to Cushing, Tinker Air Force Base, Oklahoma City, Guthrie, and Langston University to work. In 2000, 94 percent of Luther's employed residents commuted to work.

Both railroads ceased serving the town at the end of World War II. Completion of the Turner Turnpike from Oklahoma City to Tulsa in 1953 diverted traffic from U.S. Highway 66, further dampening business. Washington High School closed in 1957 when the school system integrated. From 1960 to 1990 Luther experienced surge in population, growing from 517 residents to 1,560, growth that was substantially people who moved away during the Depression and returned when they retired. Another economic downturn during the 1990s spurred a second exodus, and only 612 people were counted by the 2000 census. However, the number doubled to 1,221 in 2010. Luther is the home of Crystal Labs, a company that collects and ships pollen samples around the world to laboratories researching hay fever and allergies. In 2005 the Redbud Energy Plant was completed two miles west of the former Katy depot, raising hopes for renewed growth in Luther.

The following (as per The Chicago Manual of Style, 17th edition) is the preferred citation for articles:
Thomas L. Hedglen, “Luther,” The Encyclopedia of Oklahoma History and Culture, https://www.okhistory.org/publications/enc/entry.php?entry=LU006.