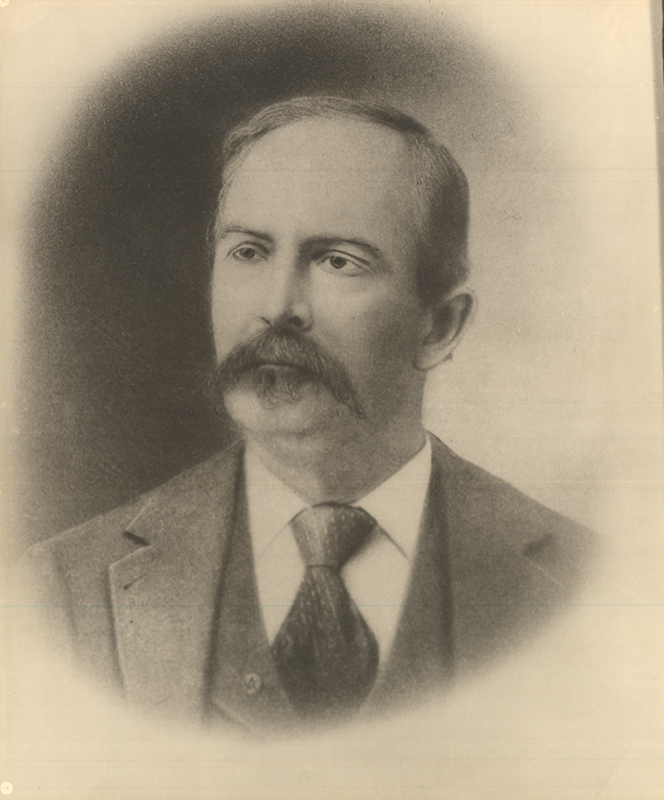 Cherokee chief, rancher, and entrepreneur Samuel Houston Mayes was born to Samuel and Nancy Adair Mayes on May 11, 1845, at Muddy Springs, near present Stilwell, in the Cherokee Nation's Flint District. His parents named Mayes for his father and Sam Houston, a family friend and president of the short-lived Republic of Texas. In 1837 the elder Mayes, with his increasing family (of twelve children), removed from Georgia to Indian Territory. In 1849 or 1850 Samuel Mayes, with two of his sons, G. Washington and James, traveled to California to prospect for gold. Noticing the shortage of beef there, Mayes and two of his other sons, Thompson and Frank, drove a herd of cattle (reports vary from two hundred to one thousand head) from Indian Territory to the Sacramento Valley in 1852.

During the Civil War sixteen-year-old Samuel Houston Mayes joined the Confederate Second Cherokee Regiment. In 1867 he turned to ranching, grazing his cattle near Pryor, as his father had done. In 1874 he expanded the ranch house built there in 1857 by his father, who had died in 1858. Samuel Houston Mayes accumulated substantial holdings and expanded into business, operating a ferry on the Grand River near Salina and later, in 1906, establishing a mercantile company. In 1871 he married Martha Elizabeth Vann, and they had three children.

Going into politics, in 1880 Mayes served as the sheriff for the Cooweescoowee District. He represented the same district as a Cherokee senator. In 1887 the Cherokee Nation elected Joel Bryan Mayes, one of Samuel's older brothers, as principal chief, and he served until his death in 1891. Samuel Houston Mayes himself achieved the position of principal chief in 1895. During his term (1895–99) the Dawes Commission worked to allot land to individual Cherokees, and the Curtis Act passed, abolishing tribal courts and effectively dismantling the governments of the Five Tribes. Mayes's first wife died in 1907, and in 1913 he married Minnie Harrison. Mayes died in Pryor on December 12, 1927.

The following (as per The Chicago Manual of Style, 17th edition) is the preferred citation for articles:
Larry O'Dell, “Mayes, Samuel Houston,” The Encyclopedia of Oklahoma History and Culture, https://www.okhistory.org/publications/enc/entry.php?entry=MA045.