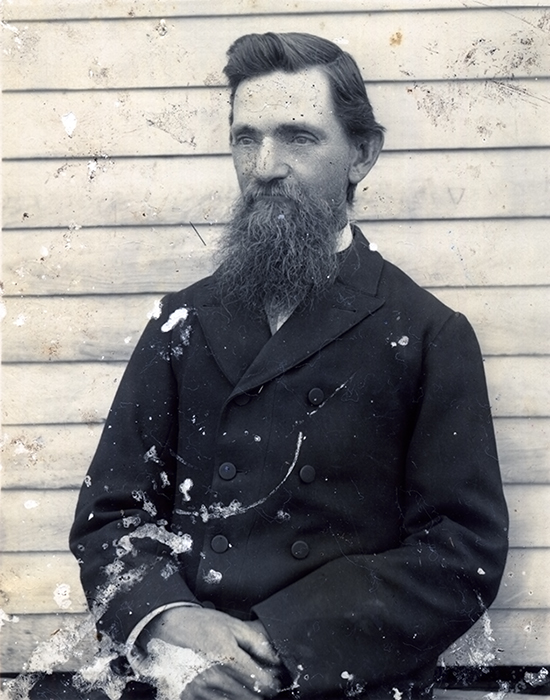 Methodist missionary John Jasper Methvin, son of John and Mourning Glover Methvin, was born December 17, 1846, near Jeffersonville, Georgia. After attending school, he left school to serve in the Confederate army in the Civil War. Afterward, he studied law and was admitted to the bar but quickly changed his profession to religion. The Methodist Episcopal Church, South, licensed him to preach in 1870. His 1873 marriage to Emma Louise Beall produced four sons and a daughter. In the 1880s J. J. Methvin served as president of Gainesville College and Butler Female College, both in Georgia.

The church called him to become the superintendent of New Hope Seminary for girls, cosponsored by the Choctaw Nation, and in 1885 the Methvins relocated to Indian Territory. Almost immediately after their arrival, a disagreement between the church and the Choctaws resulted in the closing of the school, and Methvin was left on his own to make a living. He became a circuit rider for the Indian Mission Conference of the Methodist Episcopal Church, South, and an elder as well. The next year Methvin became superintendent of the church's Seminole Academy, in the Seminole Nation, but a disagreement with that nation over the Baptists' education program for Seminole youth resulted in that school's affiliation with the Baptist denomination.

In 1887, however, the Methodist conference named Methvin "missionary to the Western Tribes" and sent him to Anadarko in western Indian Territory. He ministered primarily to the Kiowa but also to the Comanche and Apache. Methvin established a church in addition to a school called Methvin Institute, built on federal land and opened in 1890. The facility remained open until 1907. As did most missionaries, Methvin focused on changing Plains Indian cultures. He tried very hard to end the practices of polygamous marriage, the peyote religion, and the Native American Church. Comanche leader Quanah Parker consistently opposed Methvin's efforts along those lines. Emma Methvin having died in 1904, he married Ida May Swanson in 1908, and their union produced four boys. Retired from the ministry from 1909, Methvin became a prolific writer, contributing to the Christian Advocate and The Chronicles of Oklahoma. He published three volumes of poetry and produced a history of Anadarko titled In the Lime Light (1926). He recorded one of only three existing New Mexico captivity narratives, told to him by José Andrés Martínez, or Andele, a boy abducted by Apaches (presumably) in 1866. The boy became an adopted Kiowa and later one of Methvin's converts and aides. In 1899 Methvin published Martínez's narrative as Andele, A Story of the Kiowa-Mexican Captive (reprinted by University of New Mexico Press in 1996). J. J. Methvin died in Anadarko on January 17, 1941.

J. J. Methvin, "Reminiscences of Life Among the Indians," The Chronicles of Oklahoma 5 (June 1927).

The following (as per The Chicago Manual of Style, 17th edition) is the preferred citation for articles:
Dianna Everett, “Methvin, John Jasper,” The Encyclopedia of Oklahoma History and Culture, https://www.okhistory.org/publications/enc/entry.php?entry=ME022.