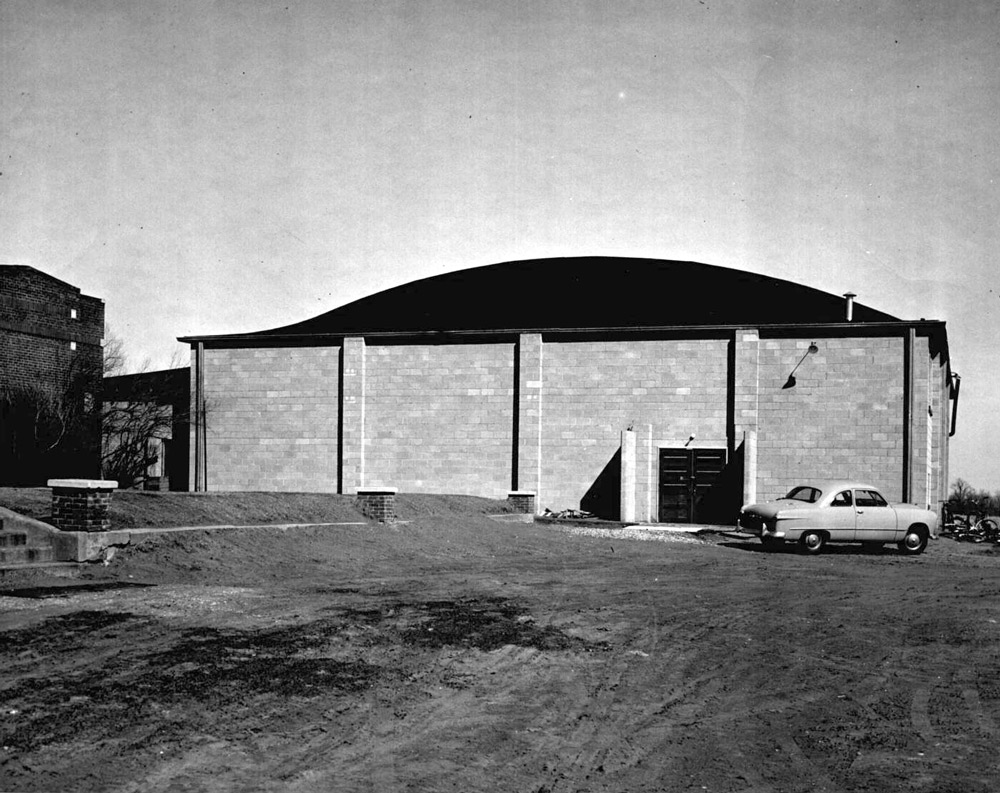 Mustang is located in the southeastern corner of Canadian County, on the outskirts of Oklahoma City. State Highways 4, 92, and 152 traverse the town. The Mustang post office was established in 1895 by E. M. Maxwell. While many families settled in the vicinity, an official town took six years to develop. In November 1901 Charles G. Jones, former mayor of Oklahoma City, filed the plat that formally established the community of Mustang. The town had market access by virtue of its location on the line of the Oklahoma City and Western Railroad, built from Oklahoma City to Chickasha in 1901–02 (later part of the St. Louis and San Francisco, or Frisco, system).

During the first half of the twentieth century agriculture fueled Mustang's development. A variety of crops were grown in the area, including wheat, oats, corn, cotton, sweet potatoes, watermelons, and cantaloupes. Until the 1920s peach and other fruit orchards were the primary crops for local farmers. Truck farming remained prevalent into the 1940s, when the dairy and beef industry gained supremacy. Beginning in the 1960s Mustang began to attract residents working in factories in nearby Oklahoma City. The resulting status as a "bedroom" community of Oklahoma City continues to spur commercial development within the town.

Since 1988 the Mustang News has served the community. Other local newspapers have included the Mustang Enterprise, which had two separate runs, from 1906 through 1914 and again from 1983 thorough 1988, and the Mustang Mirror, which published the local news from 1967 until 1983. The earliest newspaper in Mustang, from 1902 through 1905, was the Mustang Mail. The city currently operates under a council-manager form of government.

The following (as per The Chicago Manual of Style, 17th edition) is the preferred citation for articles:
Cynthia Savage, “Mustang,” The Encyclopedia of Oklahoma History and Culture, https://www.okhistory.org/publications/enc/entry.php?entry=MU024.